Home » A giant salmon farm will produce 10,000 tons per year 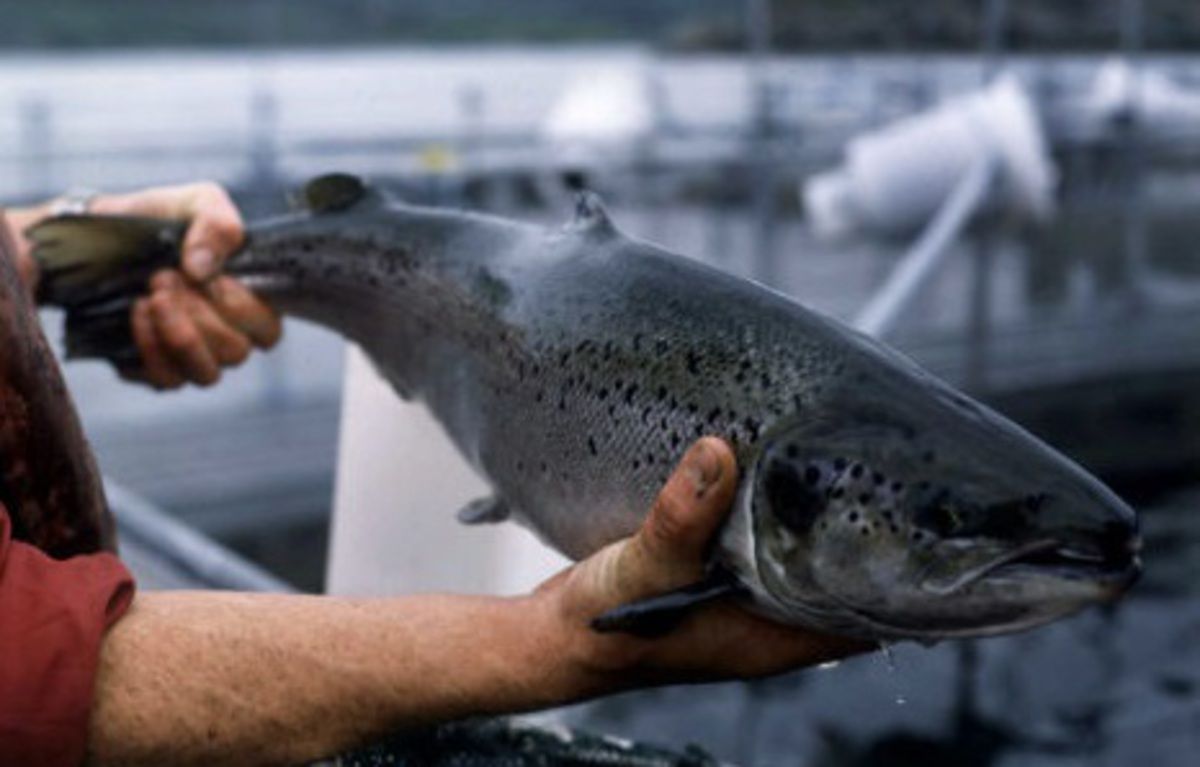 And if we could eat quickly salmon born, raised and transformed in France, in a location near Bordeaux? At least it’s the promise of Pure Salmon which signed on 4 April a temporary lease (for 49 years) of a 14 hectare site at the port terminal of Verdon, owned by the Large seaport of Bordeaux (GPMB). “One of the things that really appealed to us is that the concept with respect for the environment, short circuit and production has been moved to France,” said Philippe Renier, head of the Nautical Access and Sustainable Development Department of the GPMB.

“We plan to produce 10,000 tons of salmon, which represents 5% of French consumption,” announced Xavier Govare, president of the company Pure Salmon France. The French consumption of Atlantic salmon (200,000 tons per year) is 99% imported, mainly from Norway and Chile. Today there is an aquaculture farm in Cherbourg, Normandy, but of a much smaller size as it produces 80 tons per year. This large-scale project is supported by an investment of 275 million euros and promises 250 direct and as many indirect jobs. Construction of the buildings will start at the beginning of 2023 and the first salmon should be on the market in 2026.

Two-thirds of jobs in processing

The port of Bordeaux offered industrial Pure Salmon a “turnkey” site. By clearing it of administrative procedures, in particular the imposition of compensatory measures for protected species, the port saves the group almost two years in procedures, which can be completed more quickly. From 2024, the first batches of eggs will be received and placed in the Gironde hatchery. Of the 14 hectares of the Pure Salmon site, 75,000 m2 will be devoted to production

The Atlantic salmon is farmed for two years, the first year in the farm to raise it until it weighs 150 grams and the second year in salt water where it will reach between four and five kilos. “The eggs come from Iceland because they are believed to have the best fish genetics,” said Pure Salmon’s president. † “Half of this production is for raw sale (steaks and fillets) and the other half is converted into smoked salmon,” says Xavier Govare. A smoking workshop will be built on the site and three quarters of the jobs will be linked to this processing activity.

The salmon ponds will be fed by a 50m deep brackish water table fed by the sea, “unused and not in competition with drinking water”, emphasizes Xavier Govare. The water is treated in a closed circuit using a technology called the “recirculating aquaculture system” (RAS). “The company owns it because it bought a subsidiary of Veolia specializing in aquaculture (Kruger Kaldnes),” specifies the president of Pure Salmon France.

For “perfect biosecurity”, the fish are kept indoors to avoid contamination, especially by migratory birds. “The advantage of land farming is that it limits discharges to the sea, the sea contains certain contaminants and predators, it is not a protected environment,” emphasizes Xavier Govare. All wastewater will be treated by an ultra-efficient treatment plant to release “virtually potable” water into the environment, he adds. The salmon paddles in water at a constant temperature (10 to 12 degrees) with the same oxygen content and PH.

The Verdon industrial port site, at the entrance to the Gironde estuary, offers the advantage of being supplied by the river and the possibility to use the photovoltaic park installed near the site to be operated by Pure Salmon. taken. A public inquiry will be conducted before construction on the site can begin.