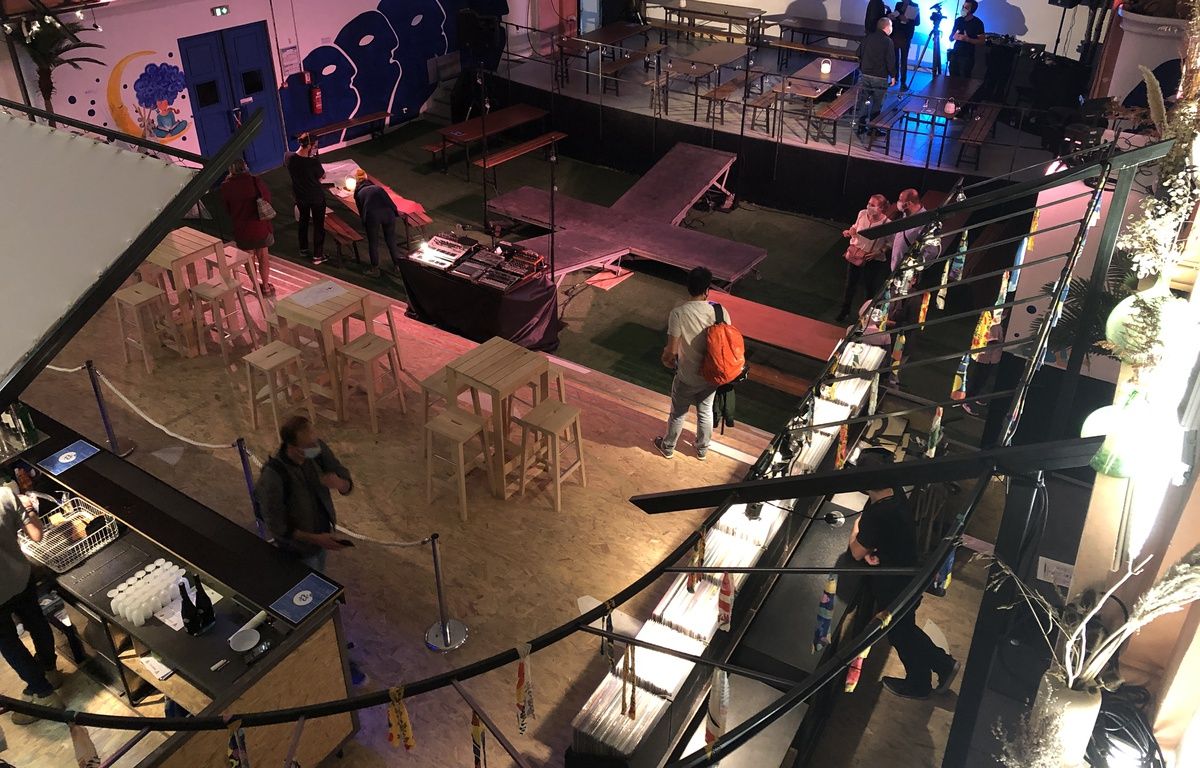 At 11 pm the atmosphere is no longer festive. Open in September 2020 as part of the “15” places to reinvent ” initiated by the Nantes town hall, this cultural site of a new kind is already living its last hours. In any case, the refurbished and renovated former Brittany hall had not been allowed to welcome the public since July 2021, after complaints about nuisance had piled up. The exhibition openings, artistic performances, but especially the DJ sets and festive evenings, which sometimes went on on the sidewalk well into the night, were unbelievable. from the neighbourhood of this residential area. So much so that after several mediation attempts, mixed with the health crisis, the town hall preferred to terminate the agreement that gave her Living in the big citythe association consisting of three employees and many volunteers who run this place.

Once the “disappointment” was over, the story could have ended there. But today, the associative actor is asking the town hall to account, which had given him the keys with much fanfare, in the hope that it would become “a place for everyone”. “We have made the shared observation that the neighborhood was unsuitable for our operations, but we have been waiting for relocation and repayment solutions that have not arrived, Nicolas Bénardeau, the director of Big City Life, is concerned. There have been many discussions since July, but we still have no response. Time is running out, the future of the association is at stake, and especially of all the “events” part, which could stop there. †

Further weakened by a recent article by Media cities pointing to management errors, the association had applied for a new grant from the town hall to continue using the room during the day to accommodate artists in residence. After a refusal, she agrees to pack her bags, but today she demands a new base and the payment of 78,600 euros, the equivalent of “repayment of the bank loan and the costs incurred for the development of the place”.

“We are ready to study it, to accompany the closure to avoid the ‘dry exit’, but we will not sign a blank check,” warns Mahaut Bertu, deputy (PS) for community life at the town hall of Nantes, who asked for a financial audit of the association’s accounts before deciding. “It was the collective risk-taking, which exists in any experimental project of this type,” continues the elected official, who regrets, however, that “certain Big City Life commitments have not been fulfilled”, according to her, notably “the creation of an animation committee with local residents”.

To “close on a positive note”, the association announces the organization of four festive weekends at the end of April and in May, without having received official approval from the town hall. “We’re doing it completely legally, to distribute the artists we’ve had in residence and to raise money for the future,” defends Nicolas Bénardeau. Big City Life, which claims to have welcomed more than 10,000 spectators to some thirty organized events with 23, should have vacated the building in June.