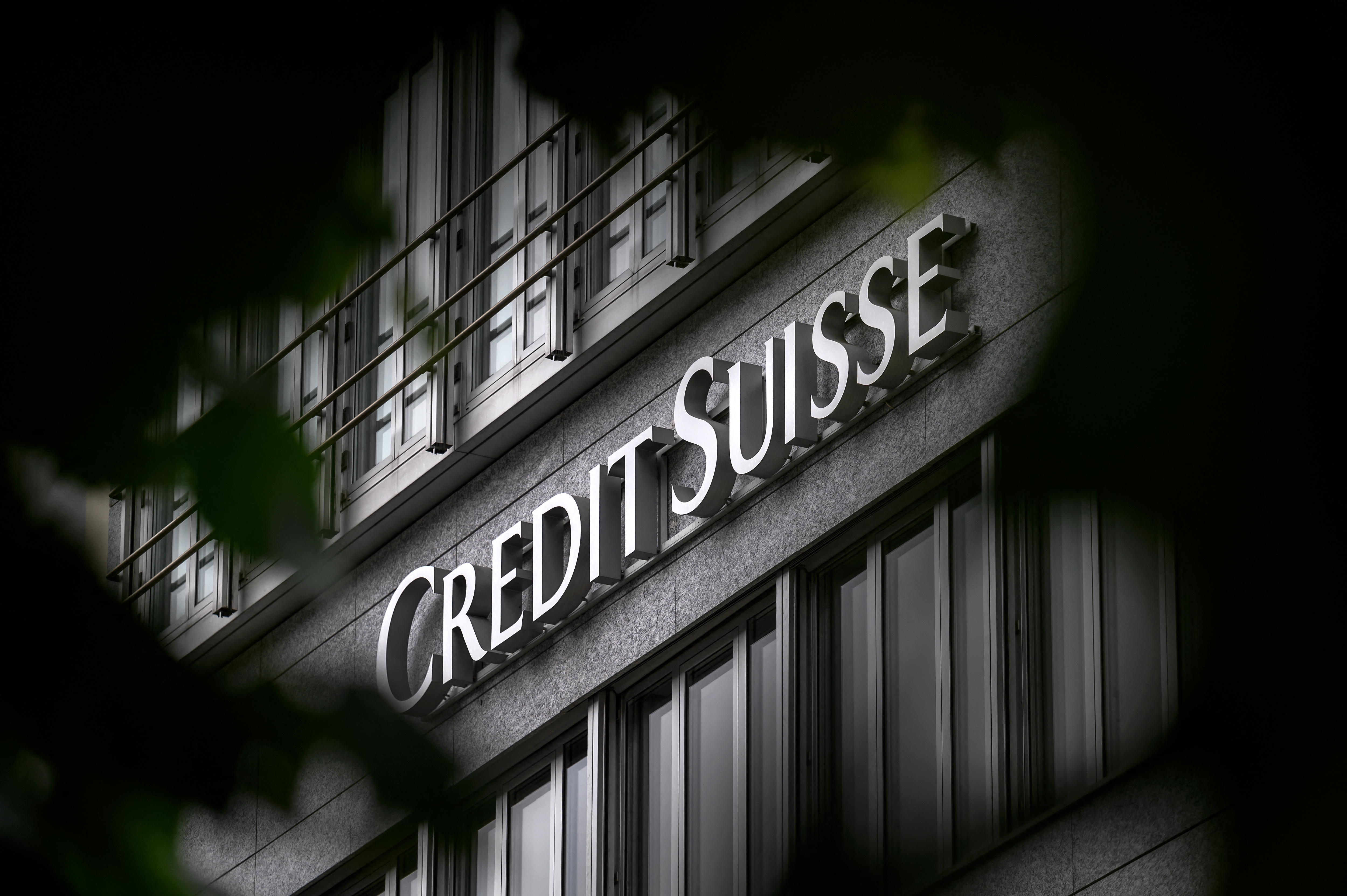 (BFM Bourse) – Concerns over Credit Suisse’s situation have revived a Lehman Brothers scenario that sparked the 2008 economic crisis. For many observers in the financial world, these fears are unfounded. Indeed, European banks are much better armed than in 2008, driven by stricter capital regulations.

The setbacks of Credit Suisse, rocked by a series of scandals and whose stock market value has been divided by three in a year and a half, are reviving the specter of the first major victim of the 2008-2009 financial crisis, the American Lehman brothers bank.

For nearly three weeks, the stock has plunged to nadir after trough as rumors circulate about the approach of a balance sheet on its strategy. Considered a restructuring specialist, the new general manager, Ulrich Körner, was given the arduous task at the beginning of August to carry out a strategic review to change the bank, which he will take stock on October 27.

But last week, credit default swaps jumped. These derivatives are used by investors to hedge against the risks of debt default, as their rise leads investors to demand more guarantees for the liabilities associated with Credit Suisse.

A price at a historic low

On Monday, the action of the number two in the Swiss banking sector fell almost 11.5% in the first exchanges, reaching a new all-time low at 3,518 Swiss francs. after another round of rumors over the weekend. The title eventually closed just under 1%, at 3.94 CHF.

On social networks, discussions around a “Lehman Brothers moment”, referring to the US bank that went bankrupt in 2008 and marked the outbreak of the great financial crisis, spread like wildfire, even as many observers in the financial world this risk.

For the European Systemic Risk Board (ESRB), affiliated with the ECB, the second Swiss bank and the European banking system as a whole are better equipped than before to deal with a crisis.

Why is Credit Suisse’s situation worrying?

By sinking Lehman Brothers in 2008, the Bush administration hoped to set an example, without considering all the consequences. Thus, the establishment’s bankruptcy made the market players think that other establishments might follow suit, exacerbating the difficulties and requiring the intervention of many states. The Belgian-Dutch holding company fortis was thus dismantled, the Belgian subsidiary came under the control of the French BNP Paribas.

In particular, many other institutions, which were considered “too big to fail”, urgently needed to be rescued, at the risk of a complete collapse of the financial system. The American insurer IAG or the Franco-Belgian bank Dexiathat will ultimately not survive the Greek debt crisis were among the rescued institutions.

However, these rescues were very costly for public finances and sparked the ensuing debt crisis and led to a austerity cure, especially in Europe.

Tests to measure the soundness of banks

Under pressure from the European supervisor, banks have made significant efforts over the past decade to be more robust in the event of a crisis. For example, they must demonstrate a higher minimum capital level intended to absorb any losses. This hard capital ratio, also known as CET1, is the work of the Basel Committee in Switzerland.

Credit Suisse reported a solvency ratio of 13.5% in its half-year figures, which were published at the end of July. In comparison, it is 12.2% for BNP Paribas14.93% for Italian Unicredit and 13% for Deutsche Bank.

This capital ratio, which makes it possible to withstand unexpected losses, was “greatly strengthened” after the 2008 crisis, assures the head of the Paris banking team at Moody’s rating agency Alain Laurin, and the method of calculation has changed to a more restrictive one. sentence.

The European Banking Authority also subjects fifty major banks on the continent to stress tests. The results of the past financial year, which were published at the end of July 2021, showed that the sites were able to withstand a severe economic crisis without too much damage.

A new domino effect to be afraid of?

Then, even in the event of a crisis, “the financial soundness of the banks is extremely strong, the lessons of 2008 have been well learned,” Vanessa Holtz, head of France of Bank of America, told AFP. In the event that a banker fails, the European continent “now has a framework” to get it out of the rut, regardless of size, complemented in February by Spanish bank president Santander Ana Botín, who is also president of the European banking lobby.

And if governments were ultimately tempted to pull the wallet to bail out an establishment, unlike the situation before 2008, a framework initially provides for shareholders or the largest creditors to pay. The banks also contribute to a European fund to prevent taxpayers from getting too high a bill.