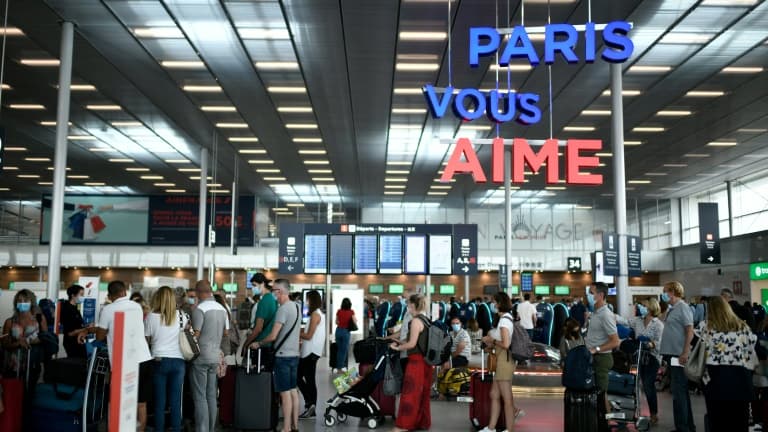 After a drastic workforce reduction at the height of the Covid-19 pandemic, airports are looking for new hires as the resumption of traffic raises fears of the risk of congestion.

The “sudden” influx of travelers at European airports after the lifting of restrictions due to Covid-19 poses a “challenge”, the organization that bundles this equipment acknowledged on Thursday, reducing its workforce during the crisis. At a time when there are increasing reports of congestion at airports, the European branch of the Airports Council International (ACI Europe) has admitted that there are “significant restrictions” affecting air transport.

“The immediate challenge is to contain the sudden increase in traffic as the pandemic has had the effect of massive reductions in airport and ground handling resources,” said the general manager of ACI Europe. , Olivier Jankovec, quoted in a press release.

“Now it’s about new hires, in a very tight labor market across Europe,” he added, stressing that “it is impossible to make overnight adjustments due to the security accreditation process and the time it takes for training”.

The day before, the world’s leading airline association, Iata, had called for “urgent action” on the causes of this saturation. Iata’s director general, Willie Walsh, lamented the “long wait times at many airports due to insufficient resources to manage increasing crowds”, and urged action to “prevent consumer enthusiasm for air travel”.

For example, the KLM airline was forced to cancel dozens of flights to and from Amsterdam-Schiphol last weekend, overwhelmed by a large crowd during the spring break. Unions representing employees or subcontractors of Groupe ADP, manager of Paris airports, have also warned of the risk of congestion, especially at security checkpoints, as 4,000 vacancies have to be filled on these platforms and the companies struggle to recruit.

Shortage of pilots in the United States

The sector is experiencing “operational difficulties” in Europe and North America following the end of the crisis, Air France-KLM CEO Benjamin Smith said Thursday. “In the United States, there is a huge shortage of pilots forcing many American companies to cancel flights this summer (…) in some places there are not enough border or customs officers, nor security guards at all,” he said. testified during a telephone press conference on the occasion of the publication of his group’s quarterly results.

“What happened in Amsterdam was not a good situation, it was very frustrating for us, and extremely frustrating and not acceptable for our customers,” added Benjamin Smith, saying “to do our best, with Schiphol, to trying to manage the situation better this summer”.

Both Iata worldwide and ACI Europe recorded their highest activity in March 2022 since the pandemic began to devastate the airline industry in March 2020, tripling the number of travelers that year. Despite the war in Ukraine, airports on the European continent last March welcomed 65.9% of their passengers in the same month of 2019, according to the organization. perceived.