Home » Faced with sanctions, the factory city of Lada on the brink in Russia 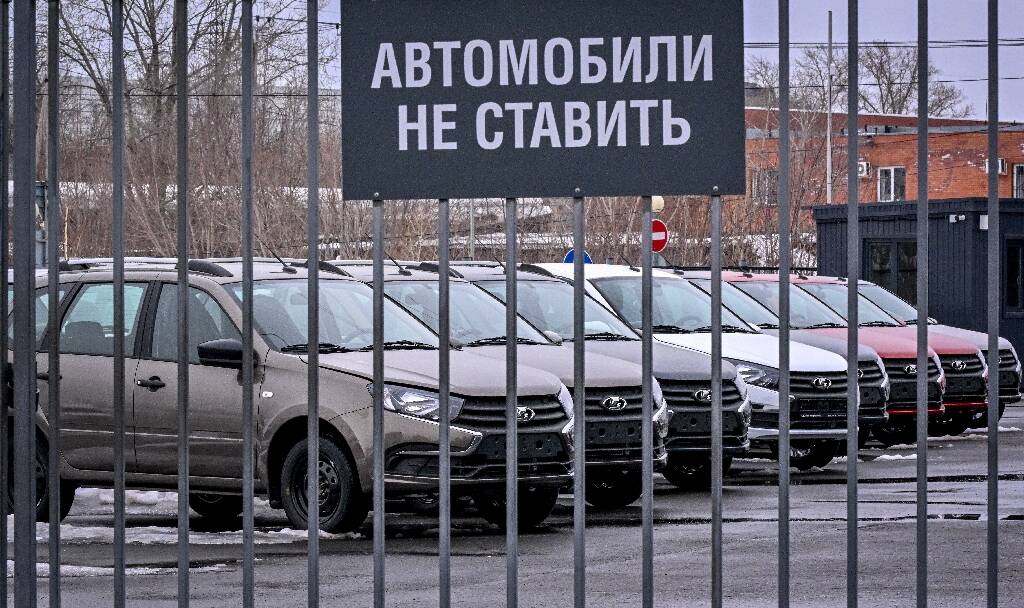 In a small apartment in Avtozavodsky raïon, a checkerboard district surrounding the sprawling factory that produces the legendary Lada, workers sit under the red flags of their Edinstvo (Unity) union.

“It’s a factory city. Everyone here works for the factory or for the police,” sneered Alexander Kalinin, 45, a freight elevator driver for 15 years at Avtovaz, a car giant that owns 68% of the Renault-Nissan alliance, alongside the Russian stands.

“For Togliatti, the factory is everything. The whole city is built around it,” says Irina Mialkina, 33, who has worked in a spare parts warehouse for 11 years. The construction of the factory started in 1966 with the help of Fiat in this city named after the Italian communist Palmiro Togliatti.

This city experienced glory during the Soviet era, the chaos of the 1990s and then a renaissance in the 2010s with Renault, of which Togliatti is the first factory.

With the Russian offensive in Ukraine and the international economic sanctions that followed, Togliatti and his workers are preparing for new dark times.

“When I started, I was full of enthusiasm, I hoped for a good income. I still hope,” says Irina with a sad smile.

Meanwhile, the salary goes down.

Due to the sanctions, components and spare parts no longer arrive. The workers are technically unemployed and are paid two-thirds. Irina therefore receives 13,000 of her 20,000 monthly rubles, or less than 140 euros.

“The price increases are huge and people are nervous,” she breathes, as inflation has resumed at a gallop.

In 2018, however, the future looked bright. Renault took the press, including the AFP, to visit its new industrial jewel on the Volga, which was being renovated at great expense.

The French group had brought the outdated Soviet factory into modernity thanks to billions of euros in investments. But also due to staff cuts, the workforce – which amounted to 120,000 people in Soviet times – was halved in ten years, from 70,000 to 40,000 people (for a city of less than 700,000 inhabitants).

“There were many problems with the departure of workers, but still there was a clear positive trend. A major Russian car manufacturer was born,” says Andrei Yakovlev of the Moscow Higher School of Economics.

A dream stopped like the assembly line, in the wake of the attack on Ukraine.

Employees are forced to take a three-week summer vacation in April, while Renault is considering leaving Avtovaz. The city and her employer are therefore desperate, no one at the Russian industrial giant wants to say anything.

The factory doors remained closed to AFP, as did those of the Lada Museum and many subcontractors.

While AFP was filming the area surrounding the factory, Avtovaz’s security service called the police, who questioned the journalists and took them to the station.

If there are no layoffs for the time being, many employees will already be forced to take a second job.

Leonid Emchanov, 31, a mechanic for a salary he considers “unworthy”, combines with a job as a janitor to feed his wife and two children.

The collapse of Avtovaz would also be that of a whole part of Russian industrial history.

In an underground garage, two men in period overalls are bent over the guts of an 1980s Lada Niva, the legendary 4×4, whose freshly painted bodywork gleams red.

“From childhood my whole life has been associated with the factory. My uncle came to work there in the 70s, then my father came, then my mother and I came to them (…). All our relatives in Togliatti worked in the factory and I worked there myself. I had no other choice, everything is linked to the company,” says Sergei Diogrik.

At the age of 43, he takes care of the Lada History club, where he brings together lovers of the Soviet car from all over the world. Once a mechanic, he now devotes himself to restoring vintage Ladas.

“It was fashionable to come here. Now it is fashionable for young people to go to Moscow or elsewhere,” Sergei laments.

But he wants to remain hopeful, because Togliatti managed to survive the chaos and banditry of the 1990s.

Researcher Yakovlev predicts that Avtovaz will “focus on models whose production is completely local,” he predicts, and that they will “contact the Chinese.”

But Avtovaz and its factory city may need two to three years to reinvent itself.