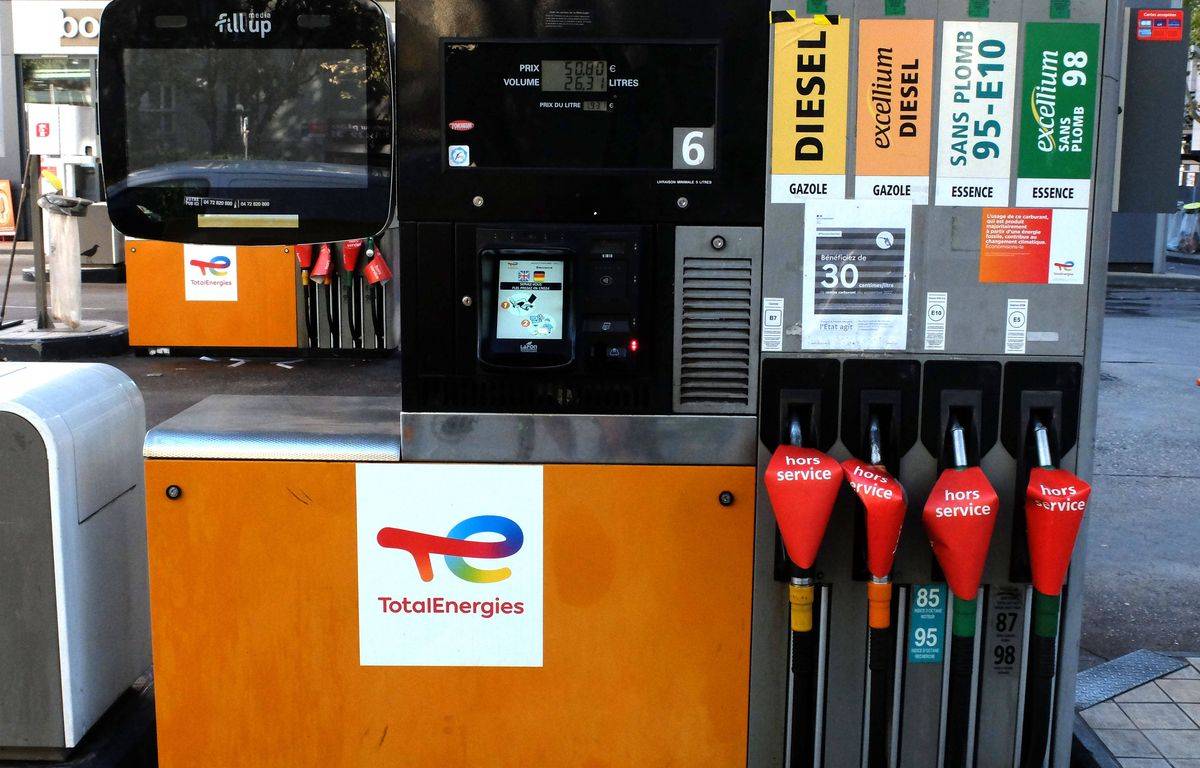 Motorists on edge, political pressure… TotalEnergies on Sunday offered to bring annual wage negotiations forward to October, in response to the outstretched hand of the CGT, on condition that the blockades end in refineries and fuel depots, while Esso-ExxonMobil plans to bring the unions together Monday. At 3 p.m. on Sunday, 29.7% of gas stations in France had at least one fuel (compared to 21% on Saturday), the Ministry of Energy Transition said.

At TotalEnergies, negotiations from October rather than November “will allow to determine how employees can benefit from the exceptional results generated by TotalEnergies before the end of the year, while also taking into account inflation for the year 2022. “, assures the group, which manages almost a third of the petrol stations in France.

The CGT demands a 10% increase

“We are going to study the proposals closely and meet the various sites tomorrow morning to decide on the continuation of the movement,” the statement saidAFP Eric Sellini, CGT coordinator at TotalEnergies, regrets that management has not had a direct exchange with the union. The Energy Transition Minister, Agnès Pannier-Runacher, welcomed TotalEnergies’ announcement and believed that the conflict should “end”.

Esso-ExxonMobil management in France announced in a press release on Sunday evening that it plans to bring together “the four trade union organizations representing the workforce” on Monday. The group, whose two refineries in France have been closed, says it is “convinced (that) the quality of the social dialogue that is conducted and uninterrupted with the organizations representing the staff will make it possible to quickly end the conflict.” “.

Salary talks started at Esso France on September 20. The proposal currently on the table has only been approved by the CFE-CGC. The French branch of the American group called for an end to the strike on Sunday. Pressure from government officials had increased in recent days on the two groups and the strikers to negotiate.

“I would like to reaffirm the government’s very strong appeal to the leaders and trade unions of TotalEnergies and Esso: a solution must be found without delay within the framework of the social dialogue (…) The French should no longer suffer the consequences of a social movement,” said Mrs. Pannier-Runacher.

Agnès Pannier-Runacher urged “all our fellow citizens not to stock”, some gas stations were stormed with 30% to 35% extra consumption.

As of Sunday, many of them were still dealing with divorces. “I’m a taxi driver, I haven’t been able to work for two days,” complained Thierry, 60, who grew impatient after waiting three hours for a delivery at Esso station on boulevard de la Villette in Paris. .

The government, which has indeed tapped into the country’s strategic reserves and increased fuel imports to cope with the crisis, recalled that tankers had been allowed to drive all weekend.