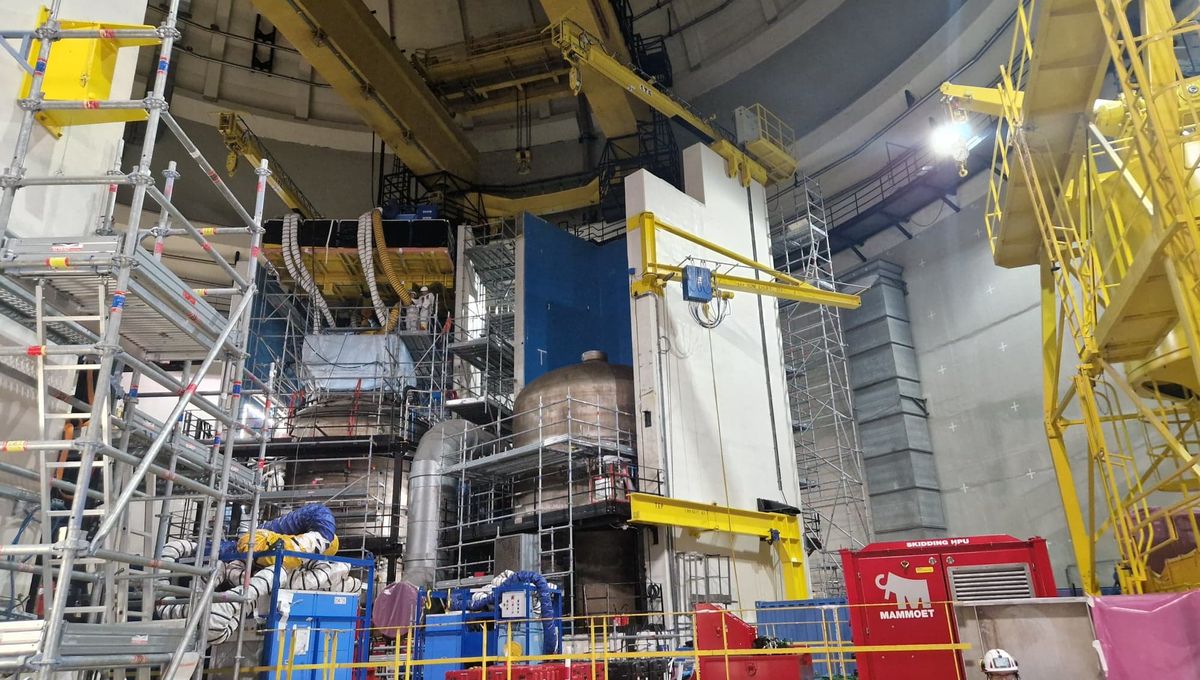 France is preparing for a difficult winter. While many nuclear reactors are shut down – including the two Flamanville reactors – the risk of a power shortage looms. The Manche nuclear power plant is in the process of returning to electricity production by the end of the year.

the reactor no. 2shut down since February, the . Restart November 26. the reactor number 1 reconnects to the network a month later after a major maintenance.

At the heart of the steam generator replacement project

EDF is currently finalizing the installation of its four new steam generators in Reactor Building 1. These large cylinders, 22 meters high (the size of an 8-storey building) and each more than 500 tons (an Airbus A380 taking off!) serve as an interface between the primary circuit and the secondary circuit.

old steam generators dated from the commissioning of the installation in the 1980s. The replacement had been planned for several years. “After thirty years of factory activity, we are replacing the steam generators. We only do it once in the life of a power plant”explains Eric Muller of EDF’s nuclear fleet, deconstruction and environmental engineering division.

“Be There This Winter”

The four steam generators are welded to the pipe system, a precision job. Reactor 1 must be able to produce electricity again on December 25a month after Flamanville 2 insures the director of Flamanville 1&2 David Le Hirowell aware of the expectation in this context of energy crisis. “We are confident to restart the two units for the winter peaks. We do feel this pressure, but my role as manager is to protect the teams from this pressure so that they stay focused on safety, quality and respect for the schedule to finally be there for the network this winter. »

Corrosion of the circuits of the Penly and Flamanville power stations: the pipes can be “rewelded”