Home » fortunes. The ranking of the richest billionaires in France and in the world 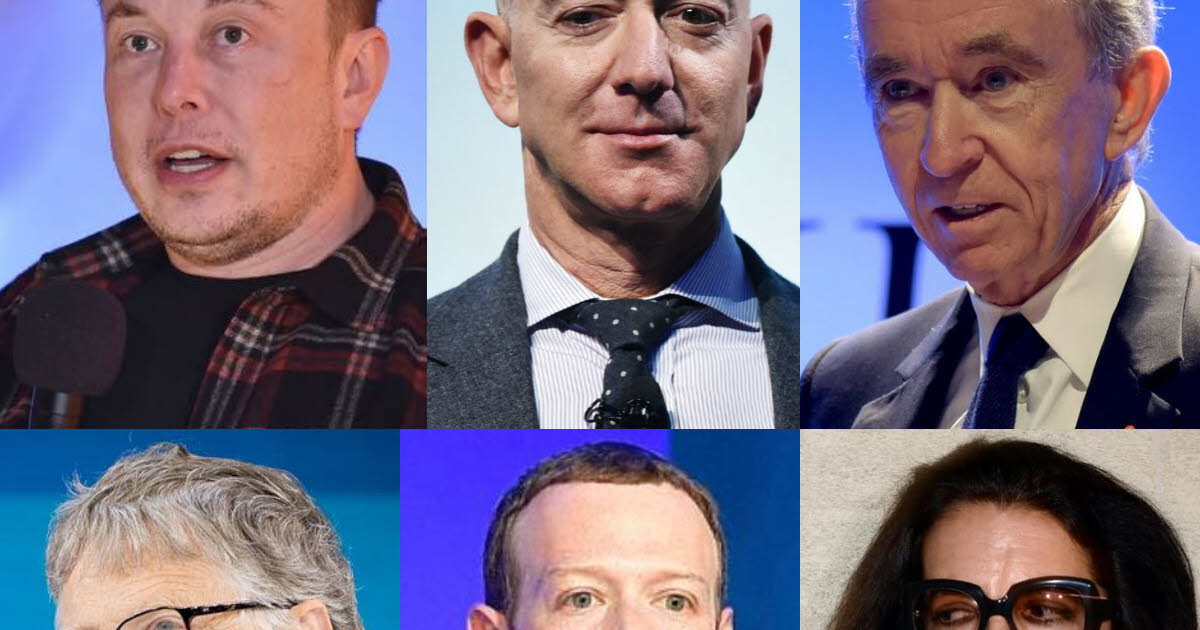 According to an Oxfam report published earlier this year, billionaires have become wealthier during the Covid-19 pandemic than in a decade. To believe that they do not know the crisis, as confirmed by the latest rankings Forbes of the greatest fortunes in the world and in France.

On a global scale, the top 10 richest billionaires look a priori In recent years† With a few differences. For starters, Elon Musk, the founder of PayPal, Tesla and Space X, took the place of Jeff Bezos, the founder of Amazon, at the top of the rankings. While he ranks “only” 34th in the list in 2020 with $24.6 billion, whoever became Twitter’s largest shareholder has now estimated a fortune at $219 billion.

Another notable change: While he was in 5th place in 2021, Marc Zuckerberg, the CEO of Meta (Facebook), was relegated to 15th place. Frenchman Bernard Arnault (LVMH) and Microsoft founder Bill Gates remain in third and fourth place respectively. They are followed by American businessman Warren Buffett, Google co-founders Larry Page and Sergey Brin, and Oracle Corporation co-founder Larry Ellison.

Of the ten people who topped the rankings in 2021, nine are still standing this year. Steve Ballmer, former CEO of Microsoft and owner of the Los Angeles Clippers, enters the top 10 as 9th. Of these personalities, only two are non-American: Bernard Arnault and Indian businessman Mukesh Ambani (10th).

In France, the magazine Forbes lists 43 billionaires in 2022, one billionaire more than last year. This is Laurent Junique, the founder of TDCX, a company specializing in call centers. The top of the basket is monopolized by luxury giants (Bernard Arnault with LVMH, François Pinault with Kering, Alain and Gérard Wertheimer, etc.), biotech bosses (Alain Mérieux with Biomérieux, Stéphane Bancel with Moderna, etc.), and the owners of the major media (Bernard Arnault, the Dassault family, Xavier Niel, Vincent Bolloré, Patrick Drahi, etc.).

Unsurprisingly, at the top of the ranking we find Bernard Arnault, with a fortune estimated at 143.8 billion euros. Françoise Bettencourt Meyers, L’Oréal heiress, is second (and 14th worldwide) with 68.1 billion, followed by Rodolphe Saadé, the CEO of CMA CGM (one of the world leaders in maritime transport), whose fortune has risen sharply.

Then come François Pinault (4th), Alain Wertheimer and Gérard Wertheimer (5th and 6th), Emmanuel Besnier for Lactalis (7th), Xavier Niel for Iliald-Free (8th) and the Dassault family (9th, 10th and 11th). Of the 43 French billionaires, fewer than a dozen are women.