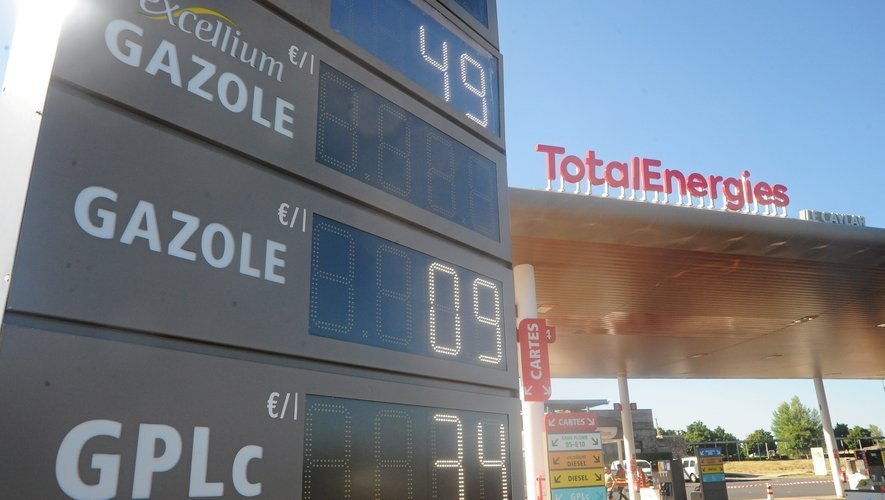 The management of Totalenergies proposes to bring the mandatory annual negotiations forward to October, subject to the end of the blocking of deposits, we can read in a press release published by the group this Sunday 9 October.

TotalEnergies breaks the silence. As the strike movement in several refineries is renewed this Sunday, October 9, Eric Sellini, CGT coordinator at TotalEnergies, emphasized “the absence of response from general management”, in the columns from Parisianto justify blockages.

The oil group responded in a press release published on Sunday. “Subject to the end of the blocking of deposits and the agreement of all social partners, the Company proposes: to anticipate the mandatory annual negotiation in October that was scheduled for November”, we can read in particular.

“These negotiations will determine how the… employees will be able to benefit from TotalEnergies’ exceptional results before the end of the year, while also taking into account inflation for the year 2022, advance management. TotalEnergies wants all employees to be prioritized in value sharing and to receive a fair reward for their efforts on their paychecks by the end of the year.”

The company indicates that employees have already benefited from average salary increases of 3.5% in 2022 and an average profit-sharing of 9,108 euros. The CGT told Reuters it would consult workers on this proposal to decide whether to continue the move.

As a reminder, at TotalEnergies and ExxonMobilthe unions mainly demand wage increases of 10% to account for inflation and the rising cost of living as the French energy group makes record profits.

Supply tensions were still high in France this weekend: nearly 30% of gas stations faced problems this Sunday supplying at least one fuel (29.7%) to fuel themselves, the Ministry of Energy Transition said. resulting in long queues of motorists for stations that are still open. The situation was particularly complicated in Hauts-de-France and Île-de-France.

It remains to be seen whether this outstretched hand from TotalEnergies will enable a rapid return to normal in the stations.