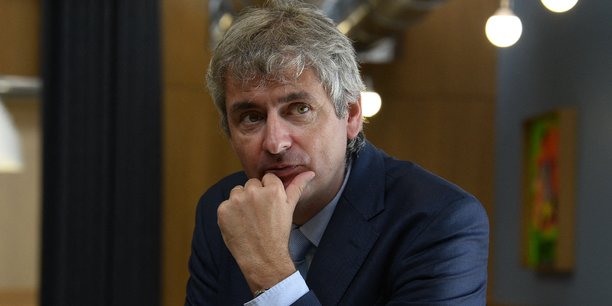 The French Lactalis, world leader in dairy products, presented its annual figures from Boston, in the United States, on Thursday 5 May. We must remind you that the French agri-food giant is a multinational with 85,5000 employees worldwide (52 countries) with some 270 branches.

“There is a crisis in production costs” (+3 billion more)

The central theme that emerged from this presentation of the results was: “production cost crisis”† Indeed, the boss of Lactalis, Emmanuel Besnier, has explained that the increase in the prices paid to breedersthe explosion of plastic cost (packaging) or the difficulties of transport-would cause an increase in costs of about 15% this yearand that this will affect the prices on the shelves.

“There is a crisis in all production costs, or raw materialsof the’packagingof the logisticsthat we have to pass on to the consumer,” explains AFP the boss of the family group, Emmanuel Besnier, on the occasion of the presentation of the annual results.

Lactalis, the world’s largest dairy group with notably President, Galbani and Parmalat brands, saw its costs rise significantly in the second half of 2021 and will result in a total of 3 billion euros in additional costs.

Fertilizers, food… the war in Ukraine has increased the costs of breeders

The average milk price that Lactalis pays to breeders in all its locations worldwide has already increased by 4.7% in 2021. In France alone, it rose by 5% to 382 euros per thousand litres.

It has risen even more since the beginning of the year with the war in Ukraine, which has notably increased breeders’ costs from fertilizer to feed.

Food manufacturers, who on March 1 signed an agreement with distributors that provided for a 3% price increase on many products sold to supermarkets, are again at the forefront. negotiating table so that they are taking into account the latest increases in production costs†

Food prices: The government sets a framework for the resumption of negotiations between major retailers and manufacturers

Faced with the likely rise in prices on the shelves, “we are aware that there will certainly be a problem of arbitrage from certain consumers regarding their purchases,” emphasizes Mr. Besnier.

After the upheavals related to the pandemic in 2020, “we hoped for a return to normal, with ups and downs, in 2021”explains Thierry Clément, director of operations.

The world “didn’t reboot” as expected

But the world did not “start” as expected, between supply interruptions, lack of containers to transport products, etc., and prices started to rise from the summer.

“The differences between our sales prices and purchase prices were strongly negative from the end of 2021”, he indicates.

the sales of the group, supported in particular by the year-end integration of Leerdammer cheeses in the Netherlands and Kraft in the United States, plus 4.2%until 22 billion euros.

But the company was unable to immediately pass on increased costs to customers and operating profit decreased slightly to 1.17 billion euros. Net profit rose by 4% to EUR 445 million.

During the presentation of his 2021 annual results, Emmanuel Besnier was also asked about the rumors of the acquisition of his competitor Danone, an even more imposing giant (e.g.in 2021, turnover amounted to 24 billion euros, an increase of 3.4%)† Emmanuel Besnier didn’t want to dwell on the subject, he just admitted lip service that he could “maybe take a stake in Danone as part of a portfolio review” and thus show his interest in certain brands, but not enough to make a takeover bid for the group…

This market rumor had started on Wednesday 20 April, the letter A after reporting that the agri-food group Lactalis was considering a partial or full acquisition of its competitor Danone (which undoubtedly contributed to the 8.65% jump of Danone’s shares late in the morning that day, even if the announcement better-than-expected turnover in the first quarter and the annual targets applied by the agri-food giant also had to do with this…).

However, in response to this rumor from La Lettre A, Antoine de Saint-Affrique, the new general manager of Danone who was appointed last September, assured on Tuesday 26 April at the annual shareholders’ meeting that the French agri-food group does not intend to its three businesses (dairy and plant products, infant formula and bottled water).

“Our portfolio of categories is growing as it aligns with consumer expectations. We do not intend to part with it, regardless of the rumours,” said Saint-Affrique.

Despite these denials, the article published in the economic newspaper on April 20 appeared the letter a indicates that the unlisted French dairy company Lactalis has been investigating a possible full or partial acquisition of Danone for months. And that Danone allegedly instructed Rothschild CEO Olivier Pécoux to investigate the matter.

Lactalis consultant, Perella Weinberg Partners, is considering scenarios for the partial or full acquisition of Danone. The operation would be complex for Emmanuel Besnier’s group, which has a lower turnover than that of the agri-food giant. On the side of Danone, Olivier Pécoux, CEO of Rothschild in Paris, is in charge. † wrote La Lettre A on April 20.