Home » Orange launches green in its new fiberbox on April 7 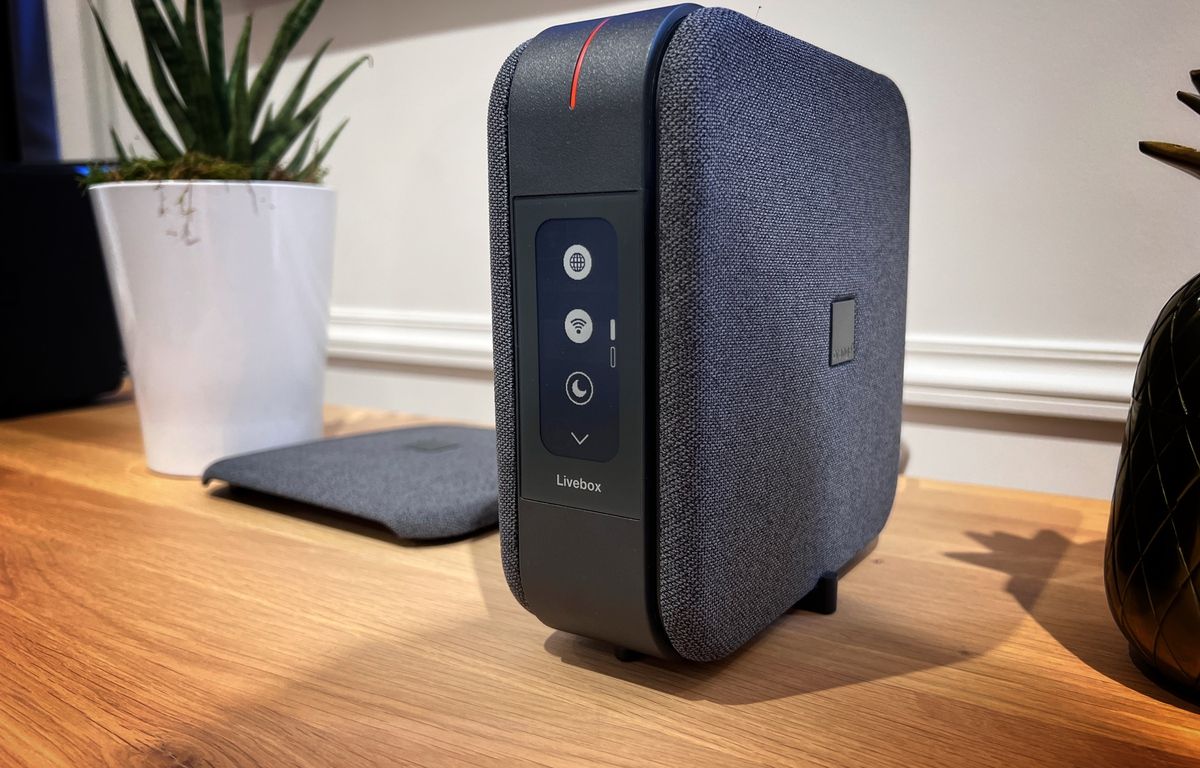 Orange is the new green! Good start for the new Livebox 6 from Orange† Revealed to the press yesterday at a conference in the metaverse (but also face-to-face) the operator’s new fiber box wants to be more efficient and greener. Wifi 6E and scalable, it is also “capable of responding to societal transformations,” said Fabienne Dulac, deputy director and CEO of Orange France† The Livebox 6 will be available from Thursday 7 April.

Inspired by the pandemic

She heard about the Covid-19, the Livebox 6, which Orange is launching this Thursday, April 7. “This fiber optic box is inspired by our teams who worked remotely during the first confinement and needed Wi-Fi and maximum connectivity at home,” said Fabienne Dulac, Deputy General Manager and CEO of Orange France. †

Observation indeed: since 2 years our internet needs at home have jumped and the Livebox 6 wants to try to meet this. According to an OpinionWay survey for Orange, 62% of French people have intensified their internet use at home during the health crisis. 61% of them have even discovered new applications, such as video to work (22%), video with friends (21%), online medical appointments (21%), teleconsultation (16%) or the click & collect† Many of these new applications continue to exist, implied by the need for better home Wi-Fi.

The first Wifi 6E box, the Livebox 6, offers download speeds of up to 2 Gb/s, ie up to three times more than Wifi 5, and uploads up to 800 Mb/s. “This guarantees optimized streaming quality and extremely reliable simultaneous connections,” adds Fabienne Dulac. Of course, this also meets a request from the French, who for two thirds of them think that their Wifi could be of better quality. According to the respondents, “perfect Wi-Fi” should allow you to surf at full speed without stress (for 38% of respondents), but also to have a “good connection from floor to ceiling” (35%) .

Programmable to save energy

Vertical, with a screen e-ink energy efficient, made with recycled and recyclable plastics, dressed in recycled fabric, the Livebox 6 also aims to meet today’s environmental challenges. Also billed as scalable, it could adapt to 10 Gb/s offerings, the “next step,” according to Fabienne Dulac.

For now, the Livebox 6 is also programmable. A good point, because it has two standby modes. The first, called “Light”, disables home connections except for IP telephony. This mode would thus reduce the power consumption of the box by 25%. The second mode, called “Deep”, “turns everything off”, according to Orange and saves 95% energy. This “Deep” mode, which is undoubtedly preferred at night, if activated for 6 hours a day from the Orange & Me application, would reduce the consumption of the Livebox 6 by 23% per month. Which is not negligible.

The launch of Livebox 6 will not be accompanied by a change to the operator’s current TV box. In addition to the Livebox and Livebox Up offers, Orange is taking the opportunity to introduce a new offer called Livebox Max. For 34.99 euros per month for the first year (54.99 euros thereafter), this offer includes the box, up to three WiFi repeaters, an Airbox (for access to mobile internet in 4G), but also the services of a specialist for personal customer support installation. 54.99 euros per month is not cheap, but it is true that according to OpinionWay, 39% of French people would be willing to pay more for a better quality subscription.