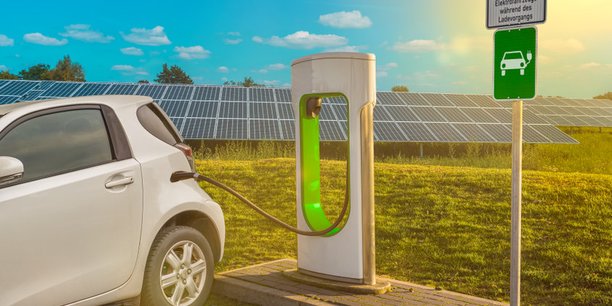 The European car market continued its electrification at full throttle in the first quarter, if we are to believe the figures from the European Association of Automobile Manufacturers (ACEA). New electrified cars thus represented 44% of sales, compared to 35% a year earlier. On the contrary, combustion engines continue to decline: petrol cars go from 41% to 36% of sales, while diesel engines account for only 17% of new cars (22% a year ago). In terms of volumes, diesels fell by a third in the first quarter.

In contrast, plug-in hybrids (PHEV) remain stable, at around 9%. However, this technology is less and less favored by government subsidies, while more and more environmental associations are contesting its ecological efficiency. In addition, they fell drastically in volume (-5.3%).

In France, they enjoy a bonus that is reduced to 1,000 euros, only for models under 50,000 euros. In other words, all premium cars that reached extremely high PHEV mixes (up to 80% of sales on the Volvo XC60, for example) are excluded from the system. In addition, this bonus far from offsets the additional cost of hybridization, even for mid-range products. So it is necessary to pay almost 9,000 euros extra to buy a Citroën C5 Aircross equipped with rechargeable hybridization.

In addition, several manufacturers now prefer to focus on normal hybridization, which saves fuel in all situations (the PHEV only works when the batteries are charged). “We see hybrids outsell PHEVs in several markets,” explains a Renault executive who is marketing his E-Tech technology. “It’s our new diesel,” he says, speaking of a technology that is much cheaper than PHEV. Only in Germany are plug-in hybrids still sold, thanks to the still generous subsidies.

For now, electric cars remain the most dynamic segment, heavily subsidized (up to €10,000 in some countries), favored by tax incentives, but also by increasingly restrictive regulations, be it CO2 targets rather than city center access. Public order also supports the movement. Even the police are getting 100% electric cars.

The semiconductor crisis is also impacting the supply allocations of manufacturers seeking to favor the most profitable vehicles, or vehicles most in line with regulatory targets.

Result: 100% electric cars double their market share in Europe from 5 to 10% of turnover in the first quarter. Pure hybrids have started a slight decline, but still represent 21% of new registrations.