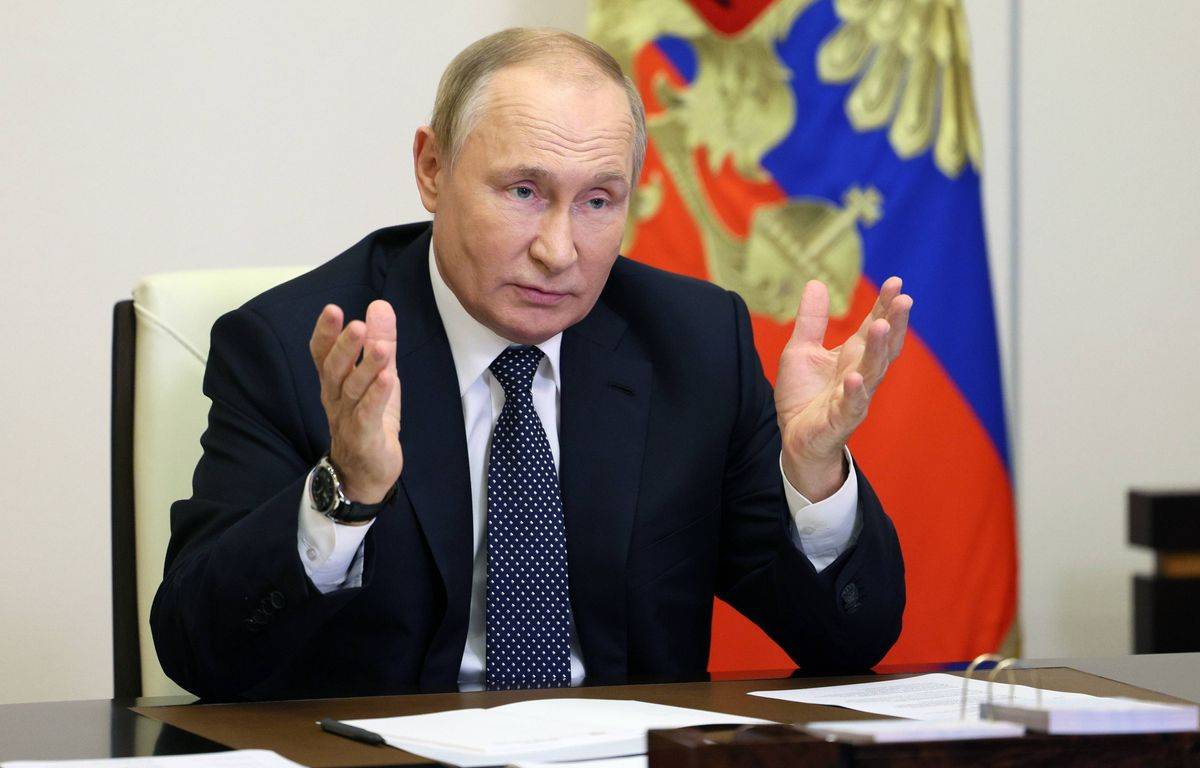 Thanks to the energy windfall and despite the sanctions, Russia resist. Full employment claimed, inflation down, recession outlook weaker than expected: the Russian economy is showing resilience, but longer-term challenges remain numerous.

According to a revised forecast of IMF On Tuesday, Russian GDP is expected to shrink by 3.4% in 2022, far from international forecasts in March, following the military intervention in Ukraine. The institution also noted in a report “the resilience of crude oil exports and domestic demand with increased support from fiscal and monetary policy and a restoration of confidence in the financial system”.

Russia has managed to “adapt”

Vladimir Poutine had already bragged to Russian economic decision-makers in September about “a situation that is normalizing”, “the culmination” of the difficulties he sees as “past”. This is most notably reflected in “an unemployment rate at its lowest level”, 3.8%, and “falling inflation”, at 13.7% over a year, after breaking records in the spring in the aftermath, he said. of the first international sanctions.

“We can estimate that the impact of the first sanctions has passed, especially the effects on the financial sector,” acknowledges Elina Ribakova, deputy chief economist at the Association of the Major World Banks and Financial Institutions (IIF). “Russia has managed to prepare for and adapt to the sanctions.”

The diplomatic and economic divide with the West has especially accelerated Russia’s rapprochement with China. Faced with a European market that is now practically out of reach, “companies are forced to look for alternatives in other markets, especially Asia and Turkey,” notes Natalia Zubarevich, an economist at Moscow State University. Moscow and Beijing have already announced that they want to pay their gas contracts in rubles and yuan, a victory for Russia launched in a race to ‘de-dollarize’ its economy.

In addition, the announcement was made last week OPEC+ of its desire to sharply reduce its oil productionAlso in Moscow, which benefited from a rise in the price of black gold, both hands applauded, much to Washington’s chagrin. And the difficulties encountered by the Europeans and the G7 in limiting the price of Russian oil have also dispelled the clouds from Moscow’s skies.

But structurally, the Russian economy will only become more dependent on the energy windfall, while the high value-added sectors will worsen their backlog. The increased isolation of international markets is likely to weigh on those most technologically dependent on foreign countries, as the promises of Russian alternative products are still very theoretical, while Russia cannot boast of giants like Adobe, Microsoft or Apple.

Another striking example: the lack of parts needed for assembly has plagued car production. For example, the Japanese manufacturer Toyota closed its assembly plant in Saint Petersburg in mid-September due to a lack of electronic components. “About 50% of the companies affected by the sanctions are still struggling to find alternative suppliers,” estimates Elina Ribakova. Russia has therefore decided to lower safety and environmental standards for vehicles produced in the country.

In a working paper of the Russian Ministry of Industry and Trade, the contents of which have been leaked to the Russian press, officials recently expressed concerns about a “10 to 15 year slowdown” in Russia’s technology industry, a “dependence” on foreign production and labor shortages.

Another concern: The European embargo on Russian oil, imposed on December 5, ahead of its February 2023 on refined products, has not yet impacted the Russian economy, which is highly dependent on hydrocarbons. According to the Russian Ministry of Finance, more than 40% of federal revenues came from the sale of gas and oil between January and August 2022.