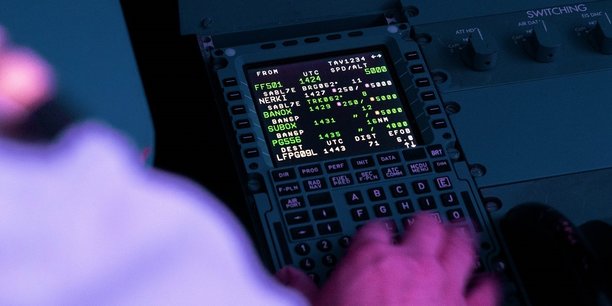 Thales continues his saga aboard Airbus aircraft. The future Flight Management System (FMS), developed by PureFlyt’s technology group and adapted to the specificities of the aircraft manufacturer, will in particular equip the European aircraft manufacturer’s A320, A330 and A350 families. The commissioning of this FMS is planned for the end of 2026, according to the Thales press release published on Friday. This future system will improve interoperability between the different Airbus aircraft and optimize route trajectories, thus reducing the carbon impact of aircraft equipped with this system. A real asset to airlines.

This new flight management system will also be available to aircraft currently in service through a modernization operation.

As the brain of the aircraft’s navigation, the flight management system prepares the flight, calculates and transmits information to the crew, defines the flight parameters and gives the aircraft guidance throughout its entire route, including during approach and landing procedures, taking into account taking into account air traffic control instructions and fuel consumption. Designed from the ground up to be connected and robust against cyber-attacks, the new flight management system benefits from access to open world data, including real-time weather data.

“Thanks to the link with non-electronic systems, whether pilot’s tablets – Electronic Flight Bag – or airline operations centers, this new flight management system simplifies the analysis of each flight plan revision. provide and facilitate interaction with air traffic control”, explains Thales, who draws his expertise from 40 years of experience (more than 100 million flight hours on the current generation FMS). The future FMS will also help reduce airport congestion, fuel consumption and noise pollution, while reducing pilot workloads.