Home » The number of mortgages is falling, but is this really related to the rise in interest rates? 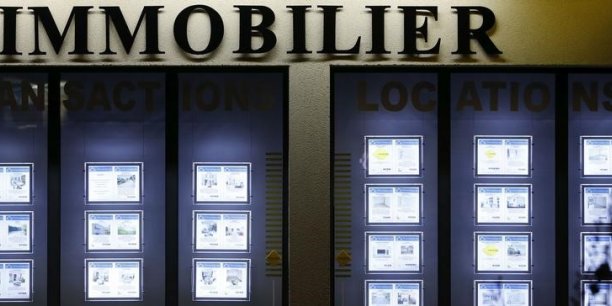 Mortgage rates are rising, and fast! In any case, this is the cry of alarm from mortgage brokers who, on the basis of the new scales of the banks for the month of May, are seeing an increasingly strong upward trend. VousFinancer is now pointing to an average rate of 1.5% on a 20-year loan (a term that represents more than half of its loans) and the Central Financing Unit is concerned about runaway credit costs, up more than 20% compared to until March and more than 50% since January.

The move is real and largely predictable. Inflation expectations are higher and markets are experiencing an interest rate shock, with a 10-year Treasury equivalent bond gaining 120 basis points in three months. This French government bond even crossed the 1.5% threshold a few days ago. Banks should take this into account and be vigilant when showing their credit conditions.

The fact remains that the rise in interest rates is limited, if not moderate (especially with regard to inflation). According to figures from the Banque de France published last Thursday, average rates (excluding insurance and collateral) were 1.17% in April, compared to 1.1% in December, an increase of 7 basis points. The Crédit Logement/CSA Observatory reports an increase of 21 basis points since December, with a marked acceleration in March and April (17 basis points against 4 points in January and February). And indicates that it concerns all categories of borrowers and maturities.

The general opinion is that this increase will continue. But it will remain measured, if only because of the ceiling effect of the wear rate.

“We are in a period that is quite difficult to predict because we are clearly in a period of interest rate inversion. Rates remain low, but there is upward pressure. But in any case, the rates cannot go up very quickly, because the banks are obliged to respect the wear rate which is corrosive, both upwards and downwards”underlined Philippe Brassac, CEO of Crédit Agricole SA, during the presentation of the group’s results at the beginning of May.

Designating the maximum annual percentage rate (APR) at which banks and other credit institutions can borrow money, the usurious interest rate, reviewed quarterly, has just been lowered in April at 2.43% (including insurance). This leaves little room for upscaling, at least until June. Thereafter, this rate is gradually adjusted upwards quarter after quarter on the basis of the average rate of the previous quarter. Enough to curb the rise, at least until early next year.

“There is an inescapable reality: the market is deteriorating, although the sharp drop in March due to a particularly eerie climate will be partially offset in April. The slight increase in production at the end of April, year-on-year, is mainly explained by a base effect”, notes Michel Mouillart, university professor and scientific advisor of Crédit Logement. In terms of the number of loans granted, the market decline is even more pronounced. According to the Crédit Logement/CSA Observatory, the number of loans fell by 10% on a quarterly basis at the end of April and even by almost 15% in March and April.

Is this slump in the credit market due to rising interest rates? Michel Mouillart doesn’t believe it: † Make no mistake about the diagnosis. What is weakening the market is certainly the deterioration of the context, but also the recommendation of the Supreme Financial Security Committee (HCSF) that has become mandatory since January 1. In particular, this recommendation, which is now binding on banks, limits the effort of households to 35% of income.

However, at the end of December, according to the ACPR, 15% of real estate loans were still out. But from January, banks were indeed obliged to apply the rules strictly, leaving behind categories of borrowers, essentially the most modest of households, who no longer have access to credit.

Philippe Brassac says nothing further: “Although this is not reflected in the figures, we have seen several situations of customers who are de facto excluded from mortgages by the rules of the HCSF, who did not want to integrate the criteria we are used to. We understand the intent of the HSCF, but not the method, which is not fine enough to take into account the realities of individual situations.”

A market that is changing drastically

According to these experts, it is more than the interest rate effect, the regulatory shock, that radically changes the credit market, with consequences for the activity of the real estate sector. And the industry is not doing well. The latest INSEE survey of developers confirms weakening demand for “new”. The construction of single-family homes also declined in the first quarter and is expected to start in the autumn.

In the “old” the situation is no better: according to the LPI-Se Loger barometer (3,500 real estate agencies), purchases of old homes fell by 23.6% year-on-year in the first quarter. And in the first four months of the year, sales compromises fell nearly 15%. However, “the former is expected to continue at high volumes, without reaching the peaks of 2019 or 2021.

Easy adjustment after years of increase? Real estate prices continue to rise, and according to Michel Mouillart “I don’t see any factors that could contribute to the fall in house prices at the moment.”

“The real estate market is changing rapidly and the most modest households, those buying small areas or homes on the fringes of metropolitan areas, are being banned from the market. They will no doubt have to rely on social housing or thermal sieves to find shelter,” says Michel Mouillart. An analysis disputed by Bercy, which maintains the good figures of credit production and rare supporting devices (zero rate loan, PrimeRenov …), is not convincing. Ultimately, as Crédit Logement points out, there are far fewer loans, but for larger average amounts.

The trend is not expected to reverse anytime soon. And access to property has never been a priority, neither for the current majority nor for the suitors.