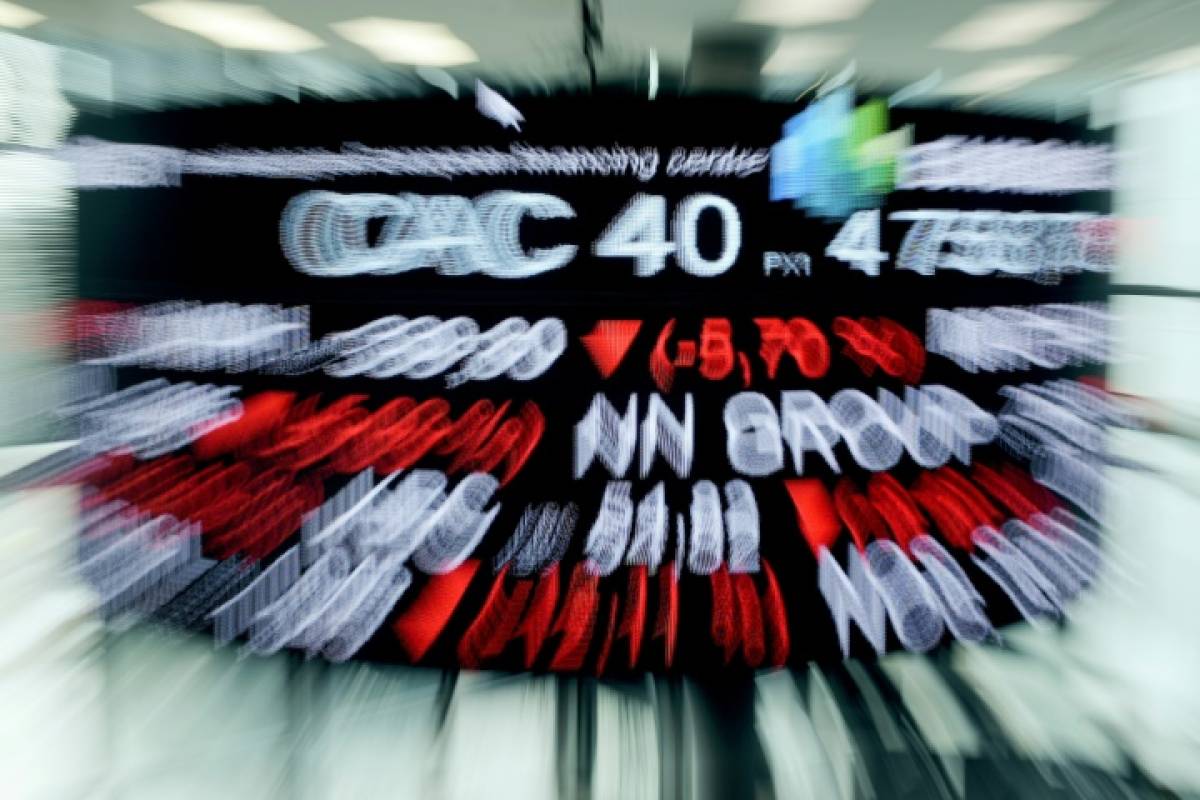 The control room of Euronext, the company that manages the Paris Stock Exchange (AFP / ERIC PIERMONT)

The Paris stock market ended 1.28% lower on Tuesday, caught between the start of new sanctions against Russia, US Federal Reserve policies and uncertainties with less than a week into the first round of the presidential election.

The fall in the Paris rating is stronger than that of other European financial centers, such as Milan (-0.86%) or Frankfurt (-0.65%), London has even increased by 0.72%. During the day she lost to almost 2%.

The rapprochement in the second round polls between the two favourites, Emmanuel Macron and Marine Le Pen, is “putting pressure” on the Paris market, notes Yann Azuelos, fund manager at Mirabaud.

So far, the outgoing president’s comfortable margin in the polls has left the French election under investors’ radar.

These concerns are added to those present in other global financial centers, such as mainly Western sanctions against Russia.

The European Commission on Tuesday proposed to the Twenty-seven to tighten sanctions against Moscow by halting their purchases of Russian coal, which represent 45% of EU imports, and by closing European ports to Russian boats or by Russians. to be operated.

The Brussels proposals will be discussed on Wednesday by representatives of the Twenty-seven.

The United States, for its part, has banned Russia from repaying its debt with dollars held by US banks, increasing the risk of Russian default.

In addition, on the monetary front, the US central bank (Federal Reserve, Fed) is “ready to act more vigorously if necessary,” assured Lael Brainard, one of its governors, on Tuesday, ruling that it is “essential” to control inflation United States is the highest in 40 years.

The institution will “shrunk the balance sheet from (its) May meeting at a rapid pace,” she also said.

Bank stocks, which are highly sensitive to the economic situation and activity, were most affected by the uncertainties surrounding the presidential election. Societe Generale fell 5.58% to EUR 22.66, Crédit Agricole by 5.03% to EUR 10.32, BNP Paribas by 4.56% to EUR 49.00.

Orpea fell again (-6.13% to 36.11 euros) after nearly 80 complaints from residents’ families, mainly for “endangering others” and “manslaughter”.