Home » the strike at TotalEnergies and ExxonMobil renewed this Sunday, the CGT ready to limit its demands to wages 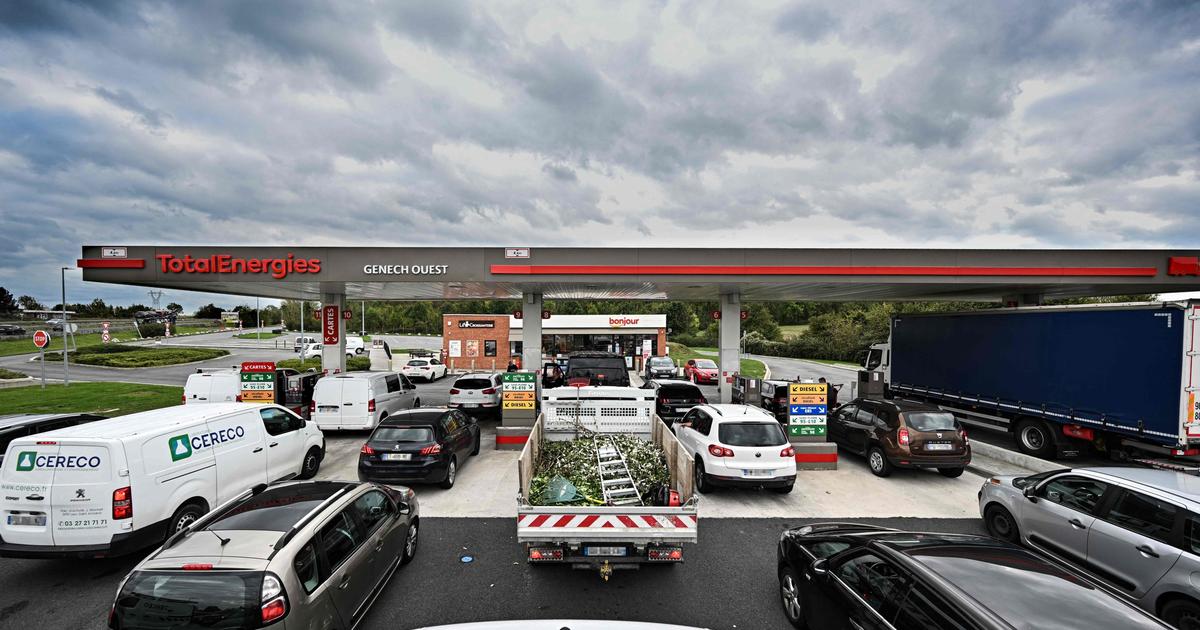 The CGT is poised to start negotiations on Monday as the strike causes supply disruptions across France.

TotalEnergies’ CGT extends the strike this Sunday, October 9. “The movement was renewed everywhereexplains Eric Sellini, CBT coordinator at TotalEnergies, “in the absence of a response from the general managementto the open letter sent on Saturday to the CEO of the group Patrick Pouyanné.

The union proposed the day before to limit its demands to the issue of wage increases to begin full-strike negotiations in refineries and depots on Monday, causing still significant supply disruptions at gas stations. Indeed, the CGT has proposed to give up its recruitment and investment requirements in France in order to open negotiations, after a 10-day strike that shut down the main refinery of the French group and two others of the Esso group.

“We are ready to start [les négociations] from Monday alone based on our wage requirementÉric Sellini, CGT coordinator at TotalEnergies, wrote on Saturday in an open letter addressed to TotalEnergies CEO Patrick Pouyanné and posted on Twitter.

The latter has not spoken publicly about the move to date, but in an internal group video on Tuesday, he acknowledged that “the company’s results are exceptional in 2022— $10.6 billion in first half profit — and said, “we will not forget youManagement pressure on the group has increased in recent days. From Prague, President Emmanuel Macron on Friday called on oil groups and trade unions to “responsibilityconveyed by the statements of several ministers urging wage increases.

“There is no general delivery problem for our country, it is important to repeat it“Commented in turn on Saturday the Minister of Transport Clément Beaune. “There are local phenomena associated with social movements: everyone is called to responsibility, companies and unions, as the prime minister said yesterday, so that the situation is resolved as quickly as possible; it’s in their hands too, we encourage them to do that‘, he said on Saturday on the sidelines of the Paralympic day in Paris.

As a result, in part, of these strikes, “20.7% of gas stations experience problems with at least one product“, against 19% the day before, according to a tally on Saturday at 1 p.m. from the Ministry of Energy Transition. “Hauts-de-France and Ile-de-France in particular continue to be hit hard, even if the situation there is improving very slightly“says the authorities. So in the Pas-de-Calais “41% of stations experience problems“i.e. fractions on at least one fuel,”at 52% the day before yesterday“, and in 39% Saturday in the north (against 47% Thursday).

“The measures we have taken, including the authorization to refuel trucks at the stations at the weekend, have made it possible to stabilize the situation at the national level.” said the Energy Transition Minister Agnès Pannier-Runacher to the press on Saturday afternoon.

The CGT began its move in late September to demand a 10% wage increase for 2022 – 7% for inflation, 3% for wealth sharing. For its part, management recalls that it has awarded salary measures representing an average increase of 3.5% in 2022 and refers to a negotiation session scheduled for November 15 on salaries for 2023. It seems inflexible on this timetable. .

“We face a hardline management that, despite huge benefits, refuses to discuss salaries for 2022», explained Alexis Antonioli, general secretary of the CGT on the platform of Normandy, considering himself «held hostage“by a direction”who refuses to open a discussion?“.”From 70% to 90% of the teams“are on strike”,we mobilized between 100 and 150 employees every dayhe added.

ALSO SEE – Gasoline shortages: Macron launches a “call for calm» and to the «responsibility»

Asked on Saturday about France Inter, the secretary general of the CFDT Laurent Berger, for his part, disapproved of it “preventive strikes», judged it necessary to go through negotiation first. On Saturday, three of the six French refineries were shut down, according to the CGT: the largest refinery of TotalEnergies, in Normandy, and the two French refineries of the American Esso-ExxonMobil.

“Our company’s employees have enabled the Group to achieve stratospheric gains through their work‘ his letter continues. “As proof is the ability of the general management to very quickly release an exceptional envelope of 2.62 billion euros for shareholders.» «We’ve moved very quickly to reimburse shareholders, but we’re telling employees that there’s an urgent need to wait: why this difference in treatment?asked Thierry Defresne, CGT secretary of the European Commission TotalEnergies, together with AFP.

Read alsoFuel shortage: these departments where it is forbidden to fill your jerry can

In addition, at the TotalEnergies refinery in Feyzin (Rhône), “there were 100% strikers in the forwarding service at 6 am.“said Pedro Afonso, elected to CGT, preventing the filling of the trucks. Blockades by strikers lead to lower fuel deliveries, which means that filling stations are more likely to run out of petrol or diesel. TotalEnergies manages almost a third of the French stations. But the group also attributes the disruptions to the success of the 20-centimeter pump discount that it has been granting since September 1, in addition to the 30-centimeter discount from the State.