Home » After rescuing Alaphilippe, Bardet tells “a scene of chaos” and claims to “really fear the worst” 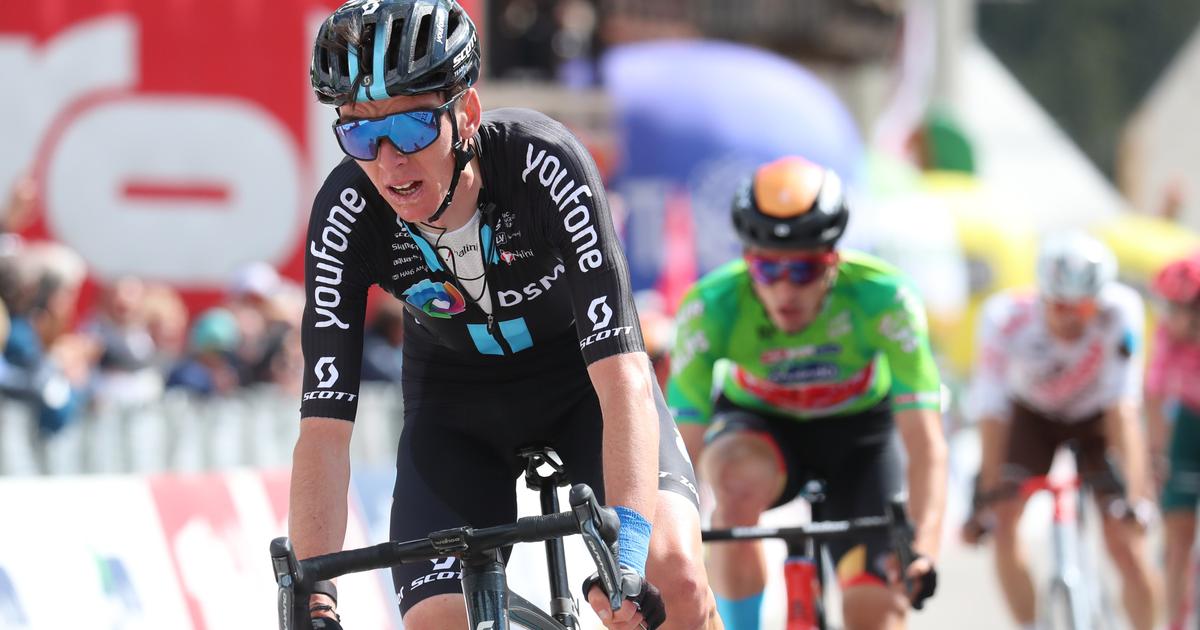 Still in shock after the impressive fall in Liège-Bastogne-Liège, the French rider told L’Équipe he feared Julian Alaphilippe “had a damaged vertebra, spinal cord injury”.

In a long interview with The team , Romain Bardet confided in the enormous fall that the peloton experienced at 60 kilometers from the finish. The French runner, on the strength of his victory in the Tour des Alpeswant to talk about it one last time before”ContinueAfter that. The DSM puncher wants to warn about the behavior of the peloton and argues for a change of mentality.

About sixty kilometers from the finish of “La Doyenne” the peloton experiences a huge fall, which Romain Bardet describes as “a scene of chaos†I remember the sound of helmets slamming against the asphalt, and then the cries of pain from all the boys on the ground…“A fall that seemed almost inevitable according to the 31-year-old runner, as he had already felt the tension for a few kilometers.

Read also“There is no competition against the danger of physical integrity”: the beautiful message from Bardet, who came to the aid of Alaphilippe after his fall

Still in shock a few hours after the race, Romain Bardet admits he had a black hole during the scene. †I can’t remember anything. I don’t even know if I fell or not. I know I was in the wheel of Tom Pidcock and Jérémy Cabot, I was trying to keep a small margin of safety on them, I could feel the wave coming. I had time to brake, to tell myself that was it, my season was over and from then on I don’t remember anything. The next image is me in the ditch with Julian Alaphilippe. I don’t even know where my bike is right now. I know I was hit from behind, I think I must have fallen, but I have nothing with me, I can’t remember. I missed four five seconds.†

The DSM runner immediately comes to the aid of his friend Julian Alaphilippe and remains puzzled by certain behavior. †I go back to the road and almost get hit by a completely deranged sports director who wanted to get back to the front. I had just witnessed this terrifying scene and they seemed to take it as if it were a fact of the race. It’s borderline if they don’t smile and say to themselves, “nice, less opponents.” I’m exaggerating, but in their eyes it was a fact of racing like any other.†

After this scene, Romain Bardet wants a change of mentality, to avoid a tragedy, he is convinced that it will happen again on a Grand Tour soon. †At the level of individual behavior that needs to change. Sometimes you need to know how to accept your placement in the race. […] In view of the stakes, it is sometimes completely ruined. Boys are taking increasing risks and putting others at risk. There are really things that we haven’t seen before. When it rolls into a team, a few years ago, you never took the place of a guy at the wheel of his teammate. It was a gentleman’s agreement. Now everyone is sneaking in between everyone. Some are willing to do anything to get through.” says the French cyclist who will take more precautions on the roads. “I would rather take a break one day and lose ten seconds, but not fall.†

Finally, Romain Bardet L’Équipe shares with emotion the news of Julian Alaphilippe: “He wrote to me in the night from Sunday to Monday, at two o’clock in the morning. When he got his phone back, that was the first thing he did. We’ve known each other for a while. I hope he recovers quickly. When I left the race after saving him, all I wanted was to know how he was doing. I was afraid he had a damaged vertebra, spinal cord injury. I really feared the worst…”