Home » Alaphilippe, the cry from the heart of Marion Rousse 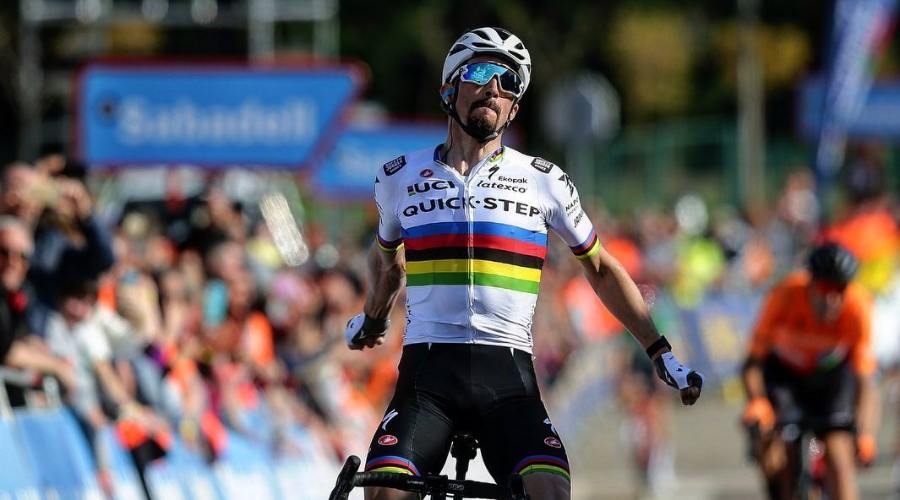 In front of her television, Marion Rousse particularly enjoyed Julian Alaphilippe’s success during the second stage of the Tour of the Basque Country.

More than half a year that Julian Alaphilippe was waiting for this. Without a win since his success at the world road championships, the Frenchman raised his arms again. Perfectly led by his team-mate Remco Evenepoel in the closing corners of the second stage of the Tour of the Basque Country (Leitza-Vianna, 207.6 km), the Quickstep Alpha Vinyl rider showed his strength in the last 150 meters to his compatriot Fabien Doubey (TotalEnergies) and the Belgian Quietn Hermans (Intermarché-Wanty-Gobert Matériaux).

The native of Saint-Amand-Montrond, who had not raced since the Tirreno-Adriatico, blamed for bronchitis that robbed him of Milan-San Remo, did not hide his pleasure on arrival. †It was a good stage and a good finish, we had to stay alert in the final and above all be well positioned. At one point I thought the breakaway would win. Remco took the last corners perfectly, I couldn’t lose. This first win is really nice, he trusted. It is a very nice race, the Tour of the Basque Country. We also have Remco who is well placed for the general classification. I am very happy to have won the stage. I have always liked this race, the Tour of the Basque Country, because it is ideal here to suffer enough and prepare the Ardennes.

What a joy to find the way to victory after a few weeks of ups and downs. But hard work always pays off

Thanks to the whole team, and @EvenepoelRemco as a perfect launcher in the last kilometer.
Can’t wait to continue this week in the Basque Country

And Julian Alaphilippe wasn’t the only one to enjoy it. His teammate Remco Evenepoel, who ostensibly raised his arms for Julian Alaphilippe, was also beaming and so was Marion Rousse in front of her television. “YEAAAAAAS”, she wrote in a story on Instagram, a sign of a clear redemption. All accompanied by three hearts. She didn’t forget to emphasize Remco Evenepoel’s hard work with a “And what an ending…” before he regretted that little Nino had other priorities. “Bravo papa, but it was time for my snack anyway”she concluded with a photo of their child eating.