Home » And four in a row for a flamboyant Matt Morgan’s MSB! 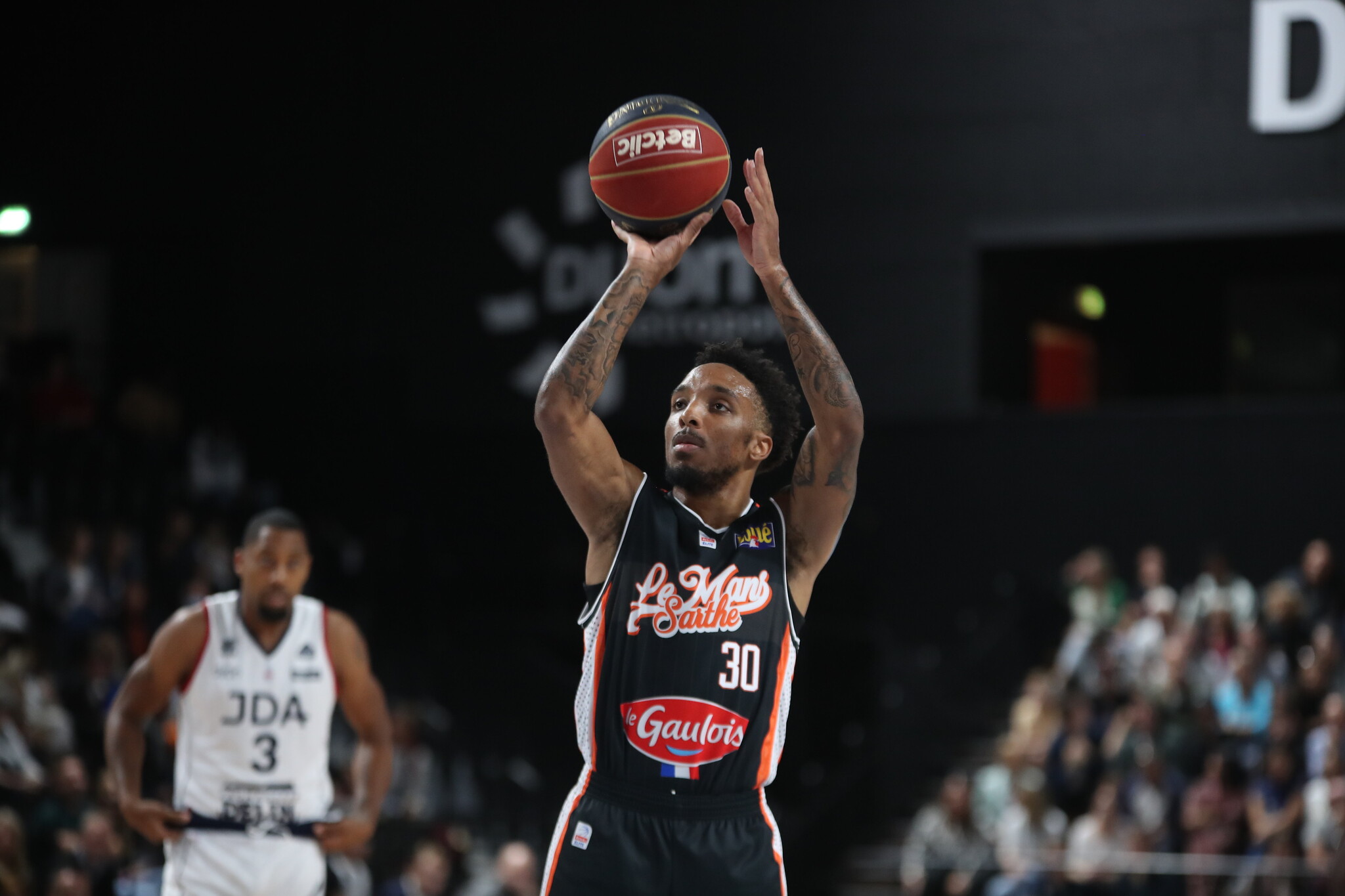 Unbeaten after three days of the championship alongside Monaco and ADA Blois, Le Mans Sarthe Basket planned to remain so this Saturday. And despite a trip to the JDA Dijon floor, the Sarthois managed to do just that by winning after extra time (100-110), thanks in particular to a massive Matt Morgan.

A rhythmic and balanced first half

From the start of the match, the two teams pushed a rhythm of hell. Driven by the trio David Holston (19 points and 5 assists for 20 evaluations) – Chase Simon (21 points and 3 rebounds) – Markis McDuffie (22 points and 5 rebounds for 29 evaluations, eventually released by the departure of Nikolic ?), Nenad Markovic’s players dug the first hole (15-9, 5′). De Manceaux were more aggressive defensively and caused more loss of opposing balls and relied on the effectiveness of Matt Morgan’s tandem (32 points on 9/12 and 5 assists for 34 evaluations) – Williams Narace (18 points and 7 rebounds) to set the score (17-16, 7′). At the end of a highly contested first quarter, the JDA Dijon was in the lead (24-19, 10′). The intensity has not decreased in this second quarter. Neither team wanted to be left behind in this first period. Supported by a good Abdoulaye Ndoye (14 points and 5 assists), the MSB took the lead in this match (29-33, 15′). This crossover between the two teams benefited Elric Delord’s men, who led by a small point at halftime (41-42, 20′).

Back from the locker room, David Holston continued his momentum. The Dijon leader let his team regain the lead (53-48, 24′). On the hard offensive in this third quarter, the Manceaux saw the locals distance themselves, forcing Elric Delord to stop the bleeding (61-50, 25′). But as so often this Saturday afternoon, the Sarthois were not annoyed and took the score again, much to the anger of Nenad Markovic (62-61, 28′), who bent a tablet moments later. And when the JDA felt the tide turn and the MSB reconnected, the Burgundians could count on David Holston’s experience to make the difference. Ten minutes before the end, Dijon held on to a 4-point lead (72-68, 30′).

The JDA Dijon, worn by the crowd at the Palais des Sports Jean-Michel-Geoffrey, widened the best times gap in the wake of Markis McDuffie (86-78, 36′). The Sarthois, which lagged at the start of the quarter, closed the gap again thanks to Matt Morgan’s activity (86-83, 37′). In a crazy money time when the two teams went battle for battle, the MSB relied on the composure of its American leader, author of 15 Points in the Period (!), to take control before Chase failed to equalize Simon, after a controversial move by Gregor Hrovat, and did not send the two teams into extra time (94-94, 40′).

And Chery comes out of the woodwork…

Out of address in this extra time, de Dijonnais cashed in a 9-0 entry and saw de Manceaux regain their distance in the best times (94-103, 43′). Led by an exceptional Matt Morgan, an impactful Williams Narace and a decisive Valentin Chery during the extra five minutes (11 points, including 9 in overtime and 9 rebounds), the MSB went on to win 100 to 110 and maintain their invincibility with four successes in as many encounters.

The reactions (at the microphone of France 3 Regions):

David Holston: “We had the game in our hands. The momentum was on our side, but we didn’t make the necessary stops, we lost some rebounds. So yeah, they made big shots, but we just didn’t know how to bring the point home We are at 2-2, we will have to come back the next game with more concentration.”

Terry Tarpey: “It’s always complicated to come and play in Dijon. But this season we have players who always work, who never give up. If we thought we would be 4-0? Why not ! The guys have done really well in the preseason. That game was clearly the toughest of them all, but there’s yet to be a tough home against the Mets. We keep going, we keep the rhythm! »

by means of @Dimitri VOITURIN

Share your comments and opinions in a good mood and above all respect others! All spam is banned!