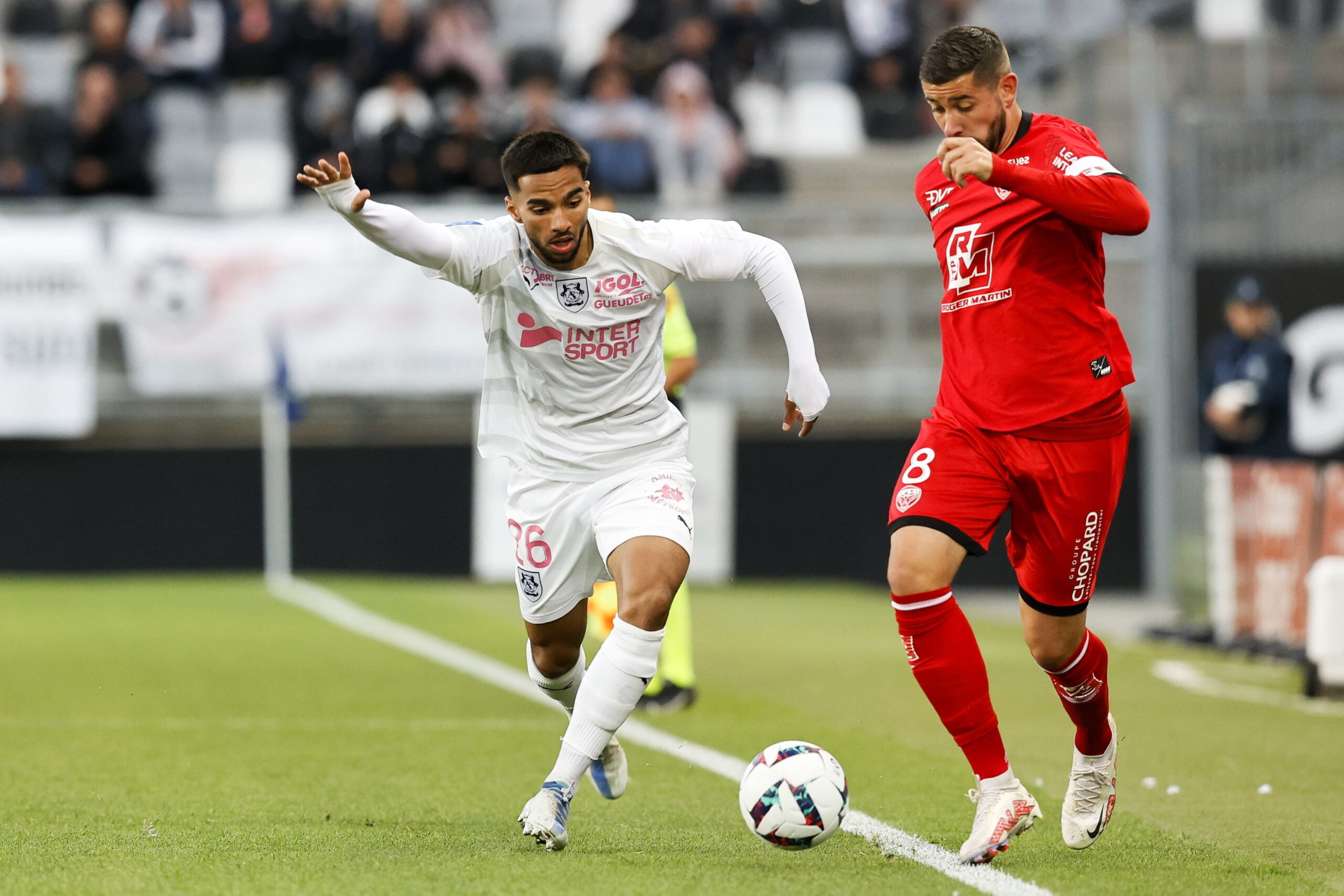 The start of the match for Amiens SC was not good. Like the first period, it was a symbol of pain and nightmare for the people of Amiens. It was without counting on an outburst of collective pride and an unparalleled fighting spirit to stay in the game. The reward is nothing but a win, outnumbered, with the X-factor Kakuta (2-1).

Amiens didn’t come in their game

For a few minutes, the Amiens put on a good face and created chances. Dijon distilled on crosses by Antoine Leautey, the defenses of Dijon are undermined. Still, Tolu is often too short every time. Towards the end of the match, Dijon faces a counterattack led by Valentin Jacob. In the center, a Dijonnais serves Mickaël Le Bihan in the area where he places his shot. This hits the left post, but hits the back of Régis Gurtner, who can do nothing to prevent the goal (0-1, 4′). Dijon then gets chances and seems most dangerous on the ground. Like Camara who almost cheated Gurtner in the small net.

The ordeal continues for Amiens SC, as in the 15th minute Formose Mendy commits the irreparable. De Bihan makes a breakthrough in the defense of the ASC and is followed by the Amiens defender. Late, it plunges into the Dijon striker’s feet and causes the penalty. Mickaël Le Bihan, responsible for the recordings, encounters a Régis Gurtner of the great nights, who lets his hand drag as he dives to the right (16′). The situation did not improve for the Picards, who had a few failed attacks.

However, the nerves are tense, like Jérémy Gélin, author of a serious foul that results in a yellow card (29′). He is suspended for the match against Saint-Étienne. Just before halftime, Amiens’ nightmare worsens. Nicholas Opoku heads towards Le Bihan and violently tackles him from behind. Result: yellow card, converted to red, the central referee is assisted by his assistant. This numerical inferiority is then a crushing blow to Amiens SC before returning to the locker room.

At 10, the Amiens dominated

Philippe Hinchberger’s men are out for the break and are not ready yet. Starting with Régis Gurtner, always decisive in the cages. The ASC goalkeeper comes in on a raid by Idrissa Camara who eliminated Formose Mendy without any problems (49′). A few minutes later, a miracle happens for Amiens. Served by a teammate, Tolu is about to enter the area when he is caught on the shoulder on the line. Adama Fofana commits the foul in the area and causes a penalty. At the transformation, Antoine Leautey does not tremble and cheats Baptiste Reynet in the middle (1-1, 57′).

This equalization encourages even more Amiens who are dangerous and urgent. Dijon suffers, especially on defense, from the pressure of Amiens. Players like Formose Mendy even stop by the entrance to the surface. The defender tries to find Gael Kakuta, came into play in vain. Antoine Leautey is everywhere and recovers many balloons, he even tries strikes. The rhythm of the match calms down again for a few minutes, until Ange Chibozo and Gaël Kakuta put on a show. Entered during the game, the first plays with the defense of Dijon and finds the second in the center. Kakuta only needs to push the ball into the back of the net, with a sublime Madjer to beat Reynet (2-1, 88′).

Amiens SC remains second behind Bordeaux on goal difference. Next game against Nîmes next Saturday, with impressive form.

Have you loved? Part: