Home » Castres – Montpellier: second loss in a row for the MHR, beaten on the lawn of Castres during the 6th day 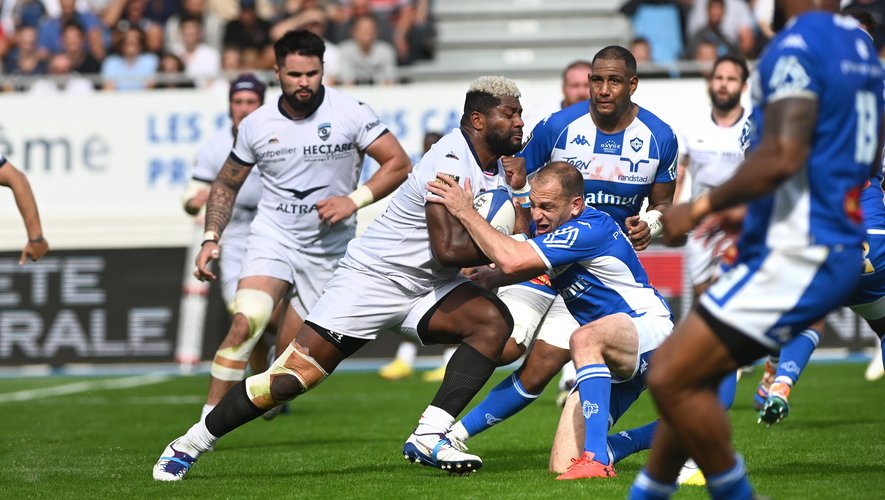 Castres Olympique took revenge in the remake of the last championship final. Benjamin Urdapilleta’s partners, back and very prominent this Saturday, beat Montpellier Hérault Rugby thanks to a better start (26-13). The MHR was largely disappointing.

It was to be expected, this revenge between Castrais and Montpellier. Poster of the last Top 14 final, last June, this meeting opened the sixth day of the championship this time. And the least we can say is that the two teams had a hard time finding their rhythm. In a match full of inaccuracies of all kinds, neither team really managed to develop their game over several series in a row. Nevertheless, it was the Tarnais who struck first.

After a first penalty passed by the returning Urdapilleta, Pierre-Henry Broncan’s men made a mess at the sacking. The ball was spread to Geoffrey Palis, who pierced his right wing and Ngandebe took speed. The winger served his second-line Ryno Pieterse for the first try of the match after this superb move. Ablaze, the Castres put pressure on the inhabitants of Montpellier.

Urdapilleta, the return of the boss

Despite the narrowing of the gap after a penalty from Foursans, the locals will initiate another big action. Dumora walks over, plays on foot over the last defensive curtain and Nakosi thinks of a second attempt. But an attacker from Barlot was eventually spotted and canceled this attempt. This failed attempt is the symbol of the first calm in Castres. The Tarnais dominates, but lacks precision, and will have survived the first act in the Montpellier camp.

So inevitably, if they lacked realism, the Blues and Whites still got through. And in the twentieth minute it was Wilfrid Hounkpatin, who was launched five meters high, who went flat with force. Back after playing the Rugby Championship, Cobus Reinach scored on Montpellier’s only trial chance and the Cistes got back into the game at the very end of the first period (17-10). But the hopes of Saint-André’s men were in fact showered by one man: Benjamin Urdapilleta.

In a second half with no big flights, where none of the teams made the difference and where scrums and hits multiplied at the halfway line, the opener from Castres managed a clear round against the posts. Also back after the Rugby Championship, the Argentine southpaw widened the gap bit by bit to finally give his team a deserved success (26-13).

This win does a lot of good for de Tarnais, who temporarily moves back to fifth place. The MHR, uninspired this Saturday, remains on the podium but is threatened by Toulon or Clermont.

It is over ! The Cists lost to Castres Olympique in a choppy and very rough encounter in the impact!

Castres – Montpellier, a meeting to relive here, with Rugbyrama :