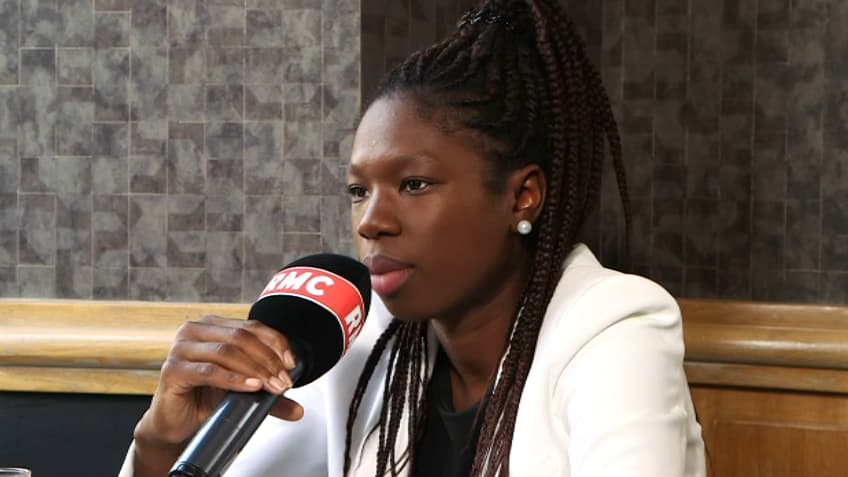 Indicted in the November 2021 attack on Kheira Hamraoui, Aminata Diallo gave an exclusive interview to RMC. The former PSG player, whom the other suspects have designated as the “sponsor”, gives her version of the facts and makes sure she’s not involved, rejecting any hypothesis of sporting jealousy. To be discovered Thursday morning at 07:40 on RMC.

Aminata Diallo defends herself. Indicted in the case related to the November 2021 attack on Kheira Hamraoui, the former PSG player gives an interview with RMC and will be broadcast this Thursday morning from Apolline de Malherbe and on the RMC Sport website. Aminata Diallo is suspected of being the attacker and claims to have no responsibility in this case.

The hypothesis of sporting jealousy was raised as part of the study. A valid reason? “I was not blocked by Kheira Hamraoui as we are trying to say, Diallo replies to RMC. The sports director and the coach are very happy, very satisfied with my work and my performance and want to extend me for two seasons. There is no evidence that on at that time it was in my interest to do that. On the contrary. It is true that in some league matches she started the matches. There are matches in the Champions League where I started. And then I started with Kheira Hamraoui. There was no direct competition there only with Kheira Hamraoui. That’s wrong.”

“They named me as a sponsor, but I don’t know them, I’ve never had contact with them”

Aminata Diallo was charged on September 16 with “severe violence” and “criminal association” and placed in pre-trial detention. She was released on September 21 on bail and placed under judicial supervision. The player, who had not had a club since the end of her Paris contract, had been questioned by four suspects who were also charged and identified as the “sponsor of the violence to allow her to take the victim’s position in future competitions.” “.

“When I saw in the media a few days earlier that we had caught the attackers, I was quite relieved. And then it turns out that they finally designated me as a sponsor,” says Aminata Diallo on RMC. Yet I don’t know them “I’ve never seen them. I’ve never had any contact with them. I’ve never spoken to them. That’s what the researchers in the study established today. I can’t explain why they’re designating me as the sponsor. is still astonishing to me that attackers won’t give the name of the person who sent them, but at least say it’s ‘for Aminata’.”

>>> Find the full interview with Aminata Diallo on RMC at 07:40 Thursday and rmcsport.fr