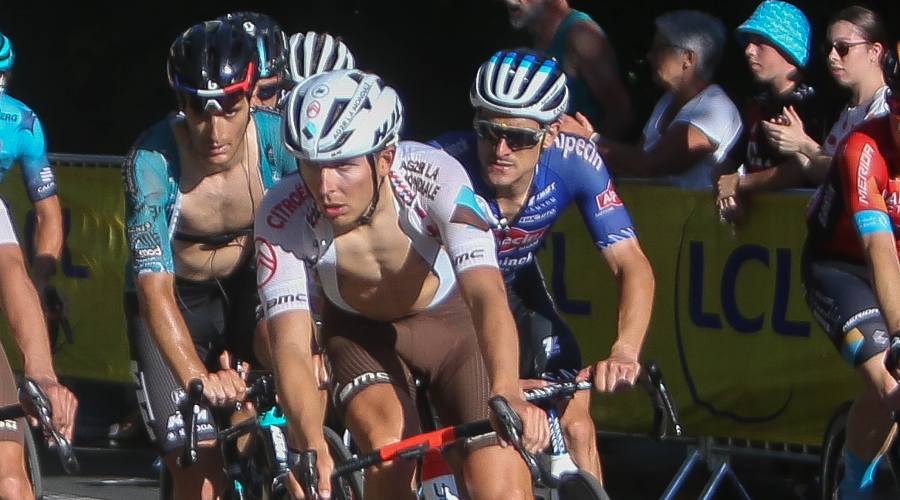 In his favor, however, Benoît Cosnefroy was discreet throughout the Tour de France all season. A paradox that the AG2R driver cannot explain.

D-1 for the last race of the season for Benoît Cosnefroy. The Frenchman will put on his last bib for 2022 at Paris-Tours on Sunday. Fifth in the Trois Vallées Varésines, the Cherbourg native has indeed preferred the French classic at the prestigious Tour of Lombardy, which will take place this Saturday. ” Paris-Tours remains a benchmark for me”, he relied on a press conference in comments relayed by Cyclism’Actu, adding: “It’s a race that takes a lot of desire, even if it’s the last thing you don’t want to think about during the holidays. It’s a really tough race for one last time, but the Trois Vallées Varesines wasn’t an easy race either, it was mentally very demanding with a lot of placement and a very fast pace. But at the end of the season I still have a lot of juice and desire. »

And when the fatigue that has accumulated over the past few days starts to feel like it, especially after traveling to Canada or Australia, the AG2R rider hopes to finish the season on a good note. A season that was dominated by his victory in the Grand Prix de Québec and a disturbing second place in the Amstel Gold Race. ” A win at the Amstel Gold Rcae would have changed my season, it would have been a very good year to win there, he breathed. I am very happy with this season, with this win in Quebec… For me it has been a good and full season. I haven’t given up any race, so it shows a certain consistency. It shows that I was present during the season, even if that doesn’t necessarily count. I also think I have been able to get results at all times of the year, except at the beginning of the season when I had a fever. My season is good and I hope to end it well.»

I can’t find the key

His season was nevertheless also marked by an astonishing discretion at the Tour de France, he who had approached the Grande Boucle with certain ambitions. ” I don’t know why I didn’t get results in the Tour. I feel like the level is very high, I feel like it’s going really fast and the others are very strong, so my perception of things is maybe I’m not in top shape or I’m not at the top, but I don’t explain ‘why’. It’s true I can’t find the key to the Tour de France “, he explained. The situation is such that the Habs do not rule out skipping the Tour in the coming years.

” It is of course possible that I will not be at the start of the Tour de France in the future, he launched. It is possible in the idea where I look for the best sporting in consultation with the team. Personally, I like being at the start and riding the Tour de France. It’s a race that makes me dream. I’ve done it four times already and I still dream so much. The announcement of the route, the details of the stages… it gives emotions, so of course I want to do it again. After that, the discussion is open with the team.»