It was Red Bull driver Max Verstappen who won the 2022 Japanese Grand Prix, the Dutchman ahead of Sergio Perez’s Red Bull and Charles Leclerc’s Ferrari on the finish line.

At the back, Esteban Ocon, Lewis Hamilton, Sebastian Vettel, Fernando Alonso, George Russell, Nicholas Latifi and Lando Norris round out the top ten of this Japanese grand prix which was disrupted by the arrival of rain just before the start. Note that Charles Leclerc – who crossed the line in P2 – was given a five-second penalty for blocking Sergio Perez’s Red Bull, meaning the Monegask officially finished third.

Due to this penalty imposed on Charles Leclerc and the awarding of all points, Max Verstappen won his second world title in Formula 1 this Sunday, although he will not officially receive it until the end of the season.

Leaving in the rain

The rain expected at Suzuka on Sunday arrived at the track when the first drops began to fall on the track an hour before the start. The start of this eighteenth round of the year was therefore given on a wet track. 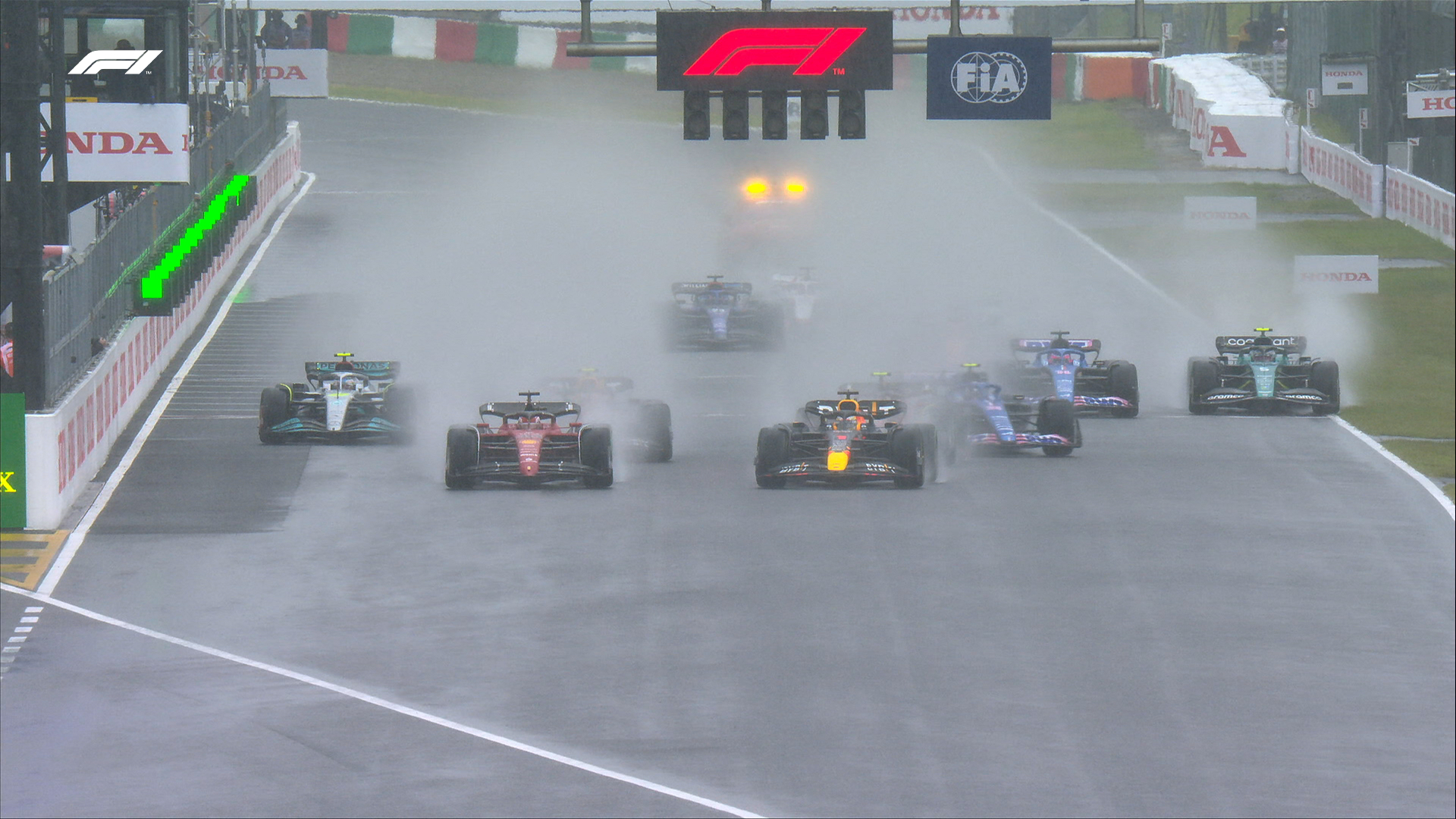 From the first lap of the race, Ferrari driver Carlos Sainz suffered from aquaplaning and crashed into the tire barriers. End of the race for the Spaniard who could only get out of his single-seater. Following this accident, race management first deployed a Safety Car and finally waved a red flag to allow the marshals to clean up Sainz’s damaged Ferrari, while at the same time Williams driver Alex Albon also withdrew due to a mechanical breakdown. . 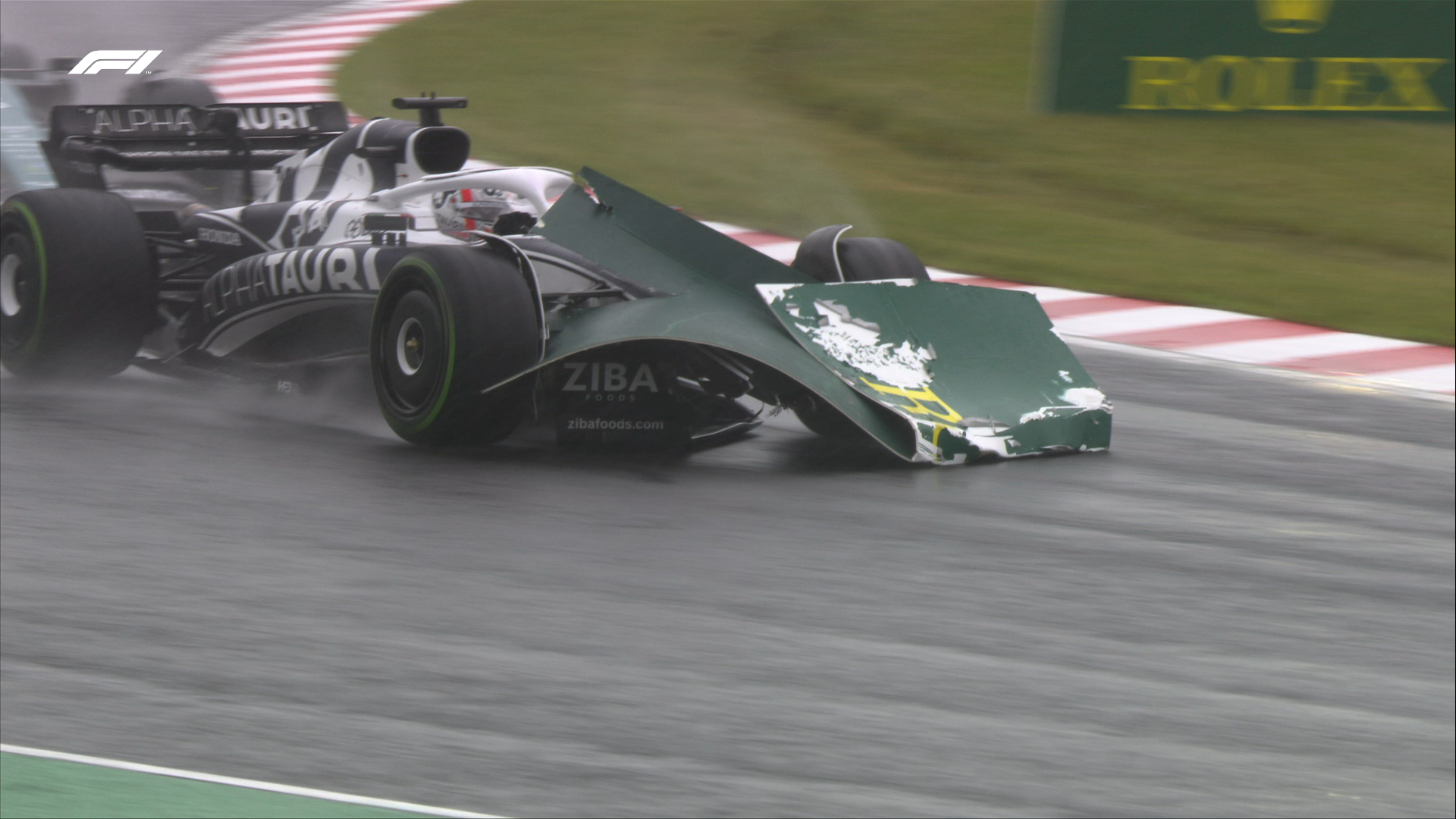 Once in the pits, Pierre Gasly was visibly upset and it wasn’t until a few minutes later that we understood why. The Frenchman overtook a tractor on a wet track on the track, reminiscent of the fatal accident of Frenchman Jules Bianchi in 2024 on the same track. However, the Frenchman was charged for speeding on this return lap to the pits (speed increased to 250 km/h)…

The race was eventually halted for two hours due to complicated weather conditions at Suzuka. All drivers therefore remained in the garage waiting for a break before receiving the famous message from the race directors that they will return to the track for a test of less than an hour.

Finally, the drivers remained very wise as the race resumed on a still wet track. The start took place behind a Safety Car before entering the pit lane to let the peloton explain once and for all. 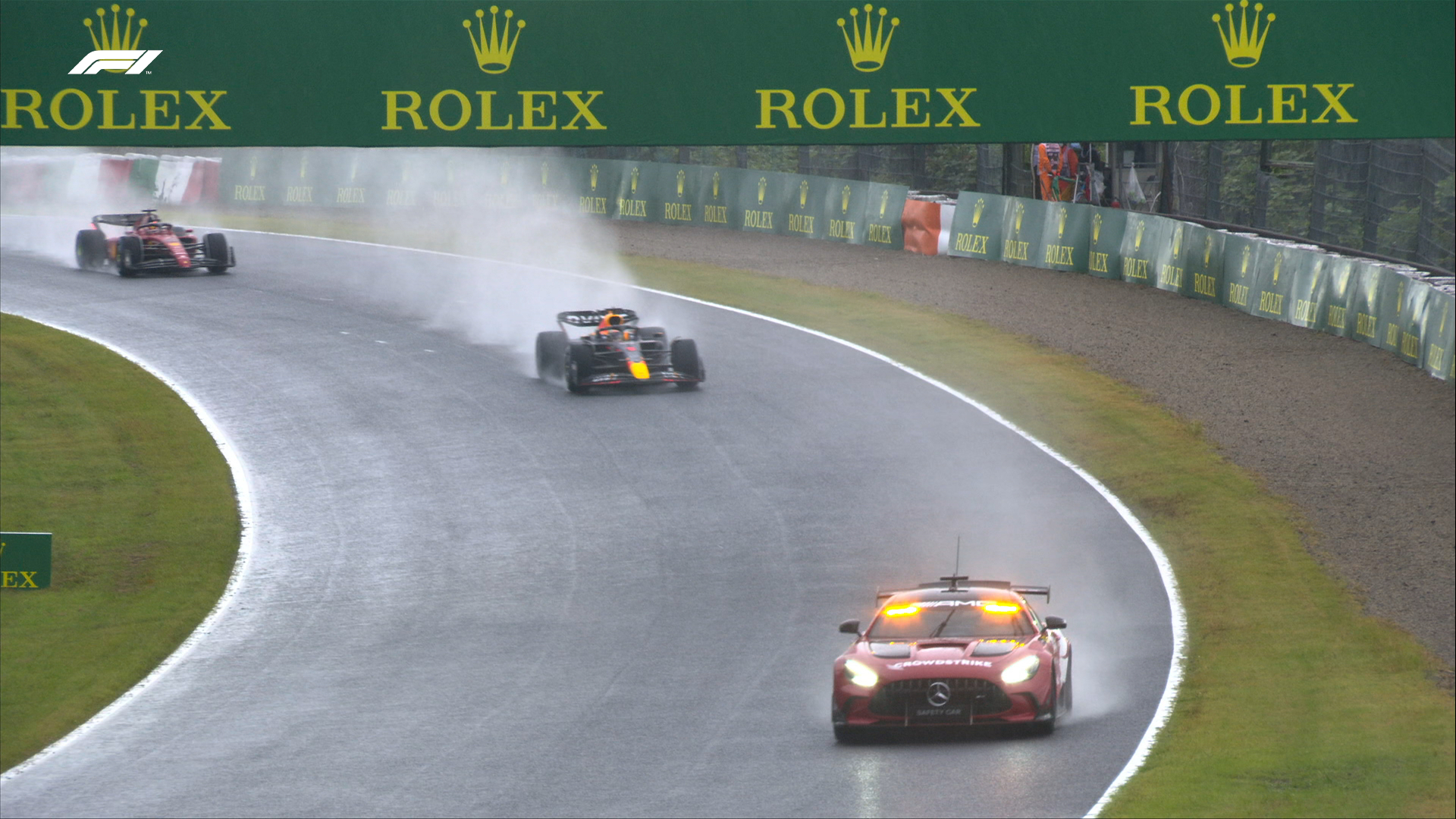 Max Verstappen was not worried for a moment about his rival Charles Leclerc. The Red Bull driver finished this Japanese Grand Prix by more than 20 seconds ahead of Leclerc who finished third on Sunday. Max Verstappen has been crowned in Formula 1 for the second time in his career. 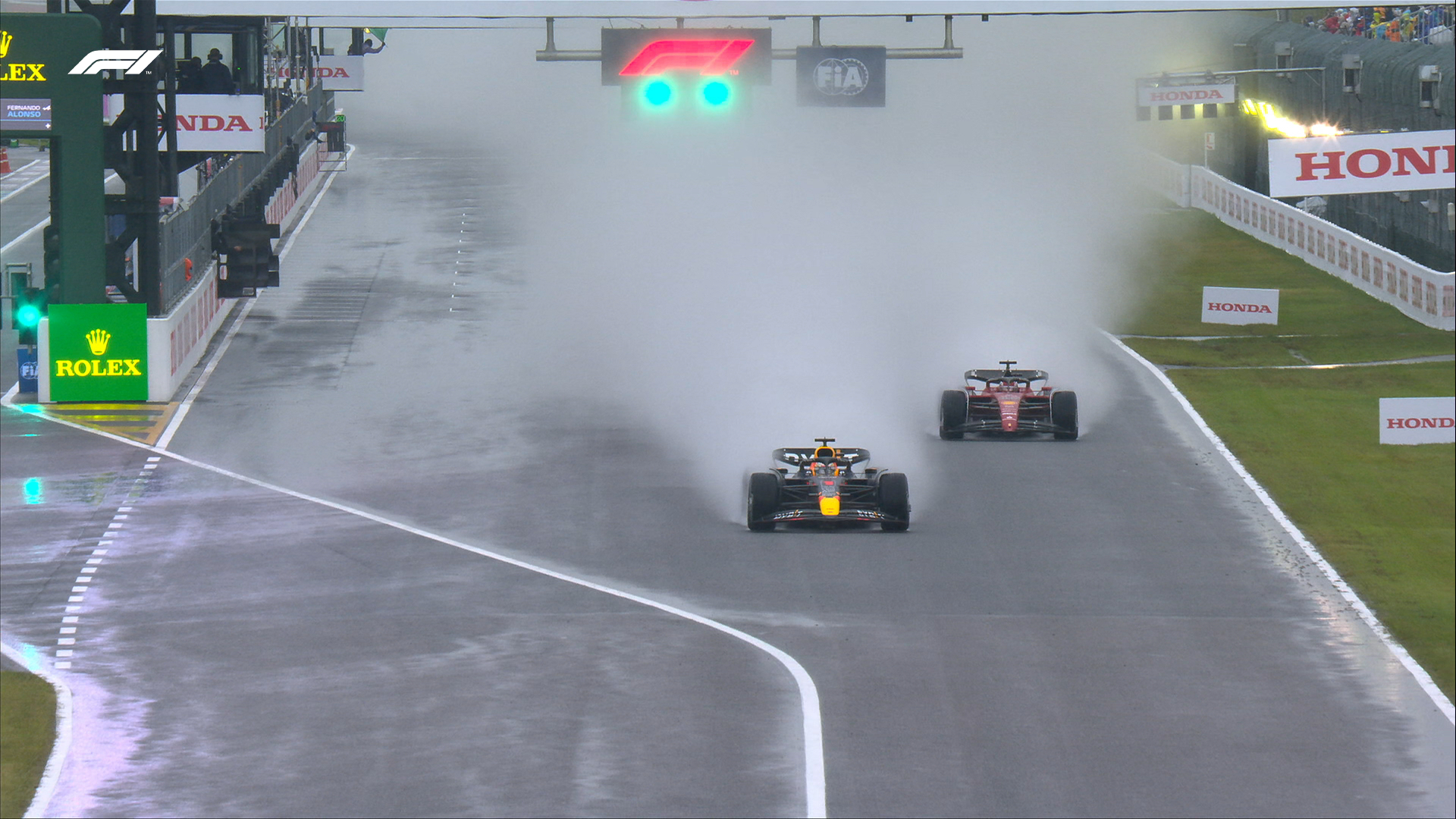 At the end of this race, Williams driver Nicholas Latifi scored the first points of the season by finishing the Japanese Grand Prix in ninth place. 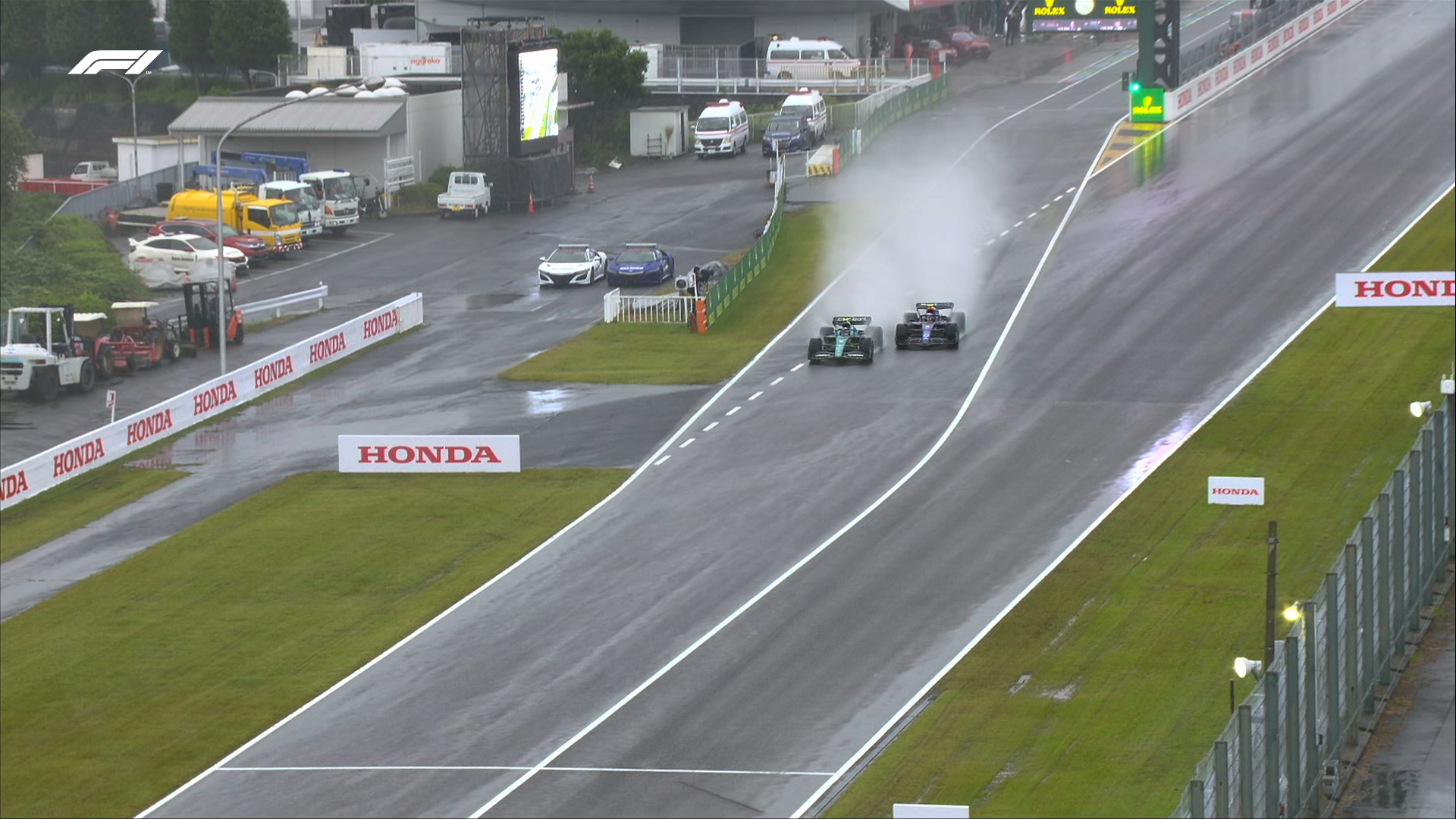 The next race of the 2022 F1 World Championship will be held October 21-23 at the COTA track in Austin, Texas. All driving sessions can of course be followed live on our site.