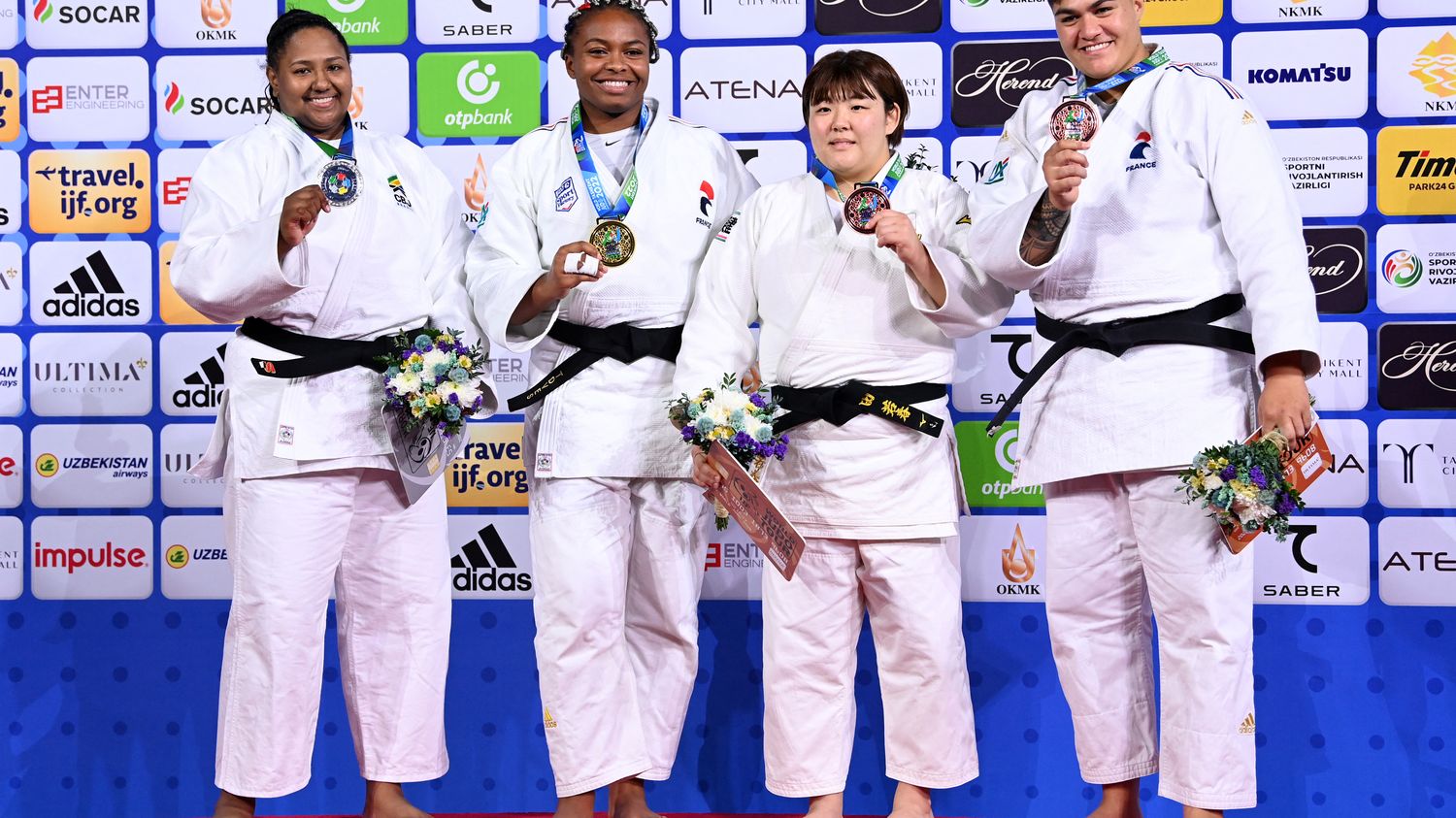 Double blow to the French team at the Judo Worlds. At just 23 years old, France’s Romane Dicko won the gold medal in +78 kg, Wednesday, October 12, at the World Championships in Tashkent (Uzbekistan), the first for the French team while her compatriot Julia Tolofua, whom she defeated in the semifinal, won the bronze medal, the third of the Blue in this competition.

The French won the world title by immobilizing Brazilian Beatriz Sousa and ending the fight by ippon after one minute! #theJUDOteam pic.twitter.com/XY5sb7w1sb

During her participation in her first world championships, Romane Dicko defeated Brazil’s Beatriz Souza in the final by ippon. “I don’t realize it yet but that’s what I came for today,” she responded into the microphone of the L’Equipe channel. “I am very happy to say that I will have my red bib and my framework at INSEP”. On the eve of the end of the competition, the three-time European champion and Olympic bronze medalist brings the first gold medal to the Tricolor clan.

After Amandine Buchard (-52) and Manon Deketer (-63kg), the French team also won the third bronze medal at this World Cup on Wednesday. Julia Tolofua (25) was eliminated in the semifinals by Romane Dicko and gathered in the repechage final to defeat the Israeli. Raz Hershko to to punish (shido). This is the first medal in an international championship for the cousin of rugby players Christophe and Selevasio Tolofua.

Earlier in the day, Joseph Terhec lost in the third round in +100kg to Tajik Temur Rakhimov. The 25-year-old Frenchman also played in his first Worlds, replacing Teddy Riner, who injured his right ankle.

The world championships will conclude on Thursday with the mixed team event. An exercise that had smiled at the French in Tokyo, but it was a very different collective.