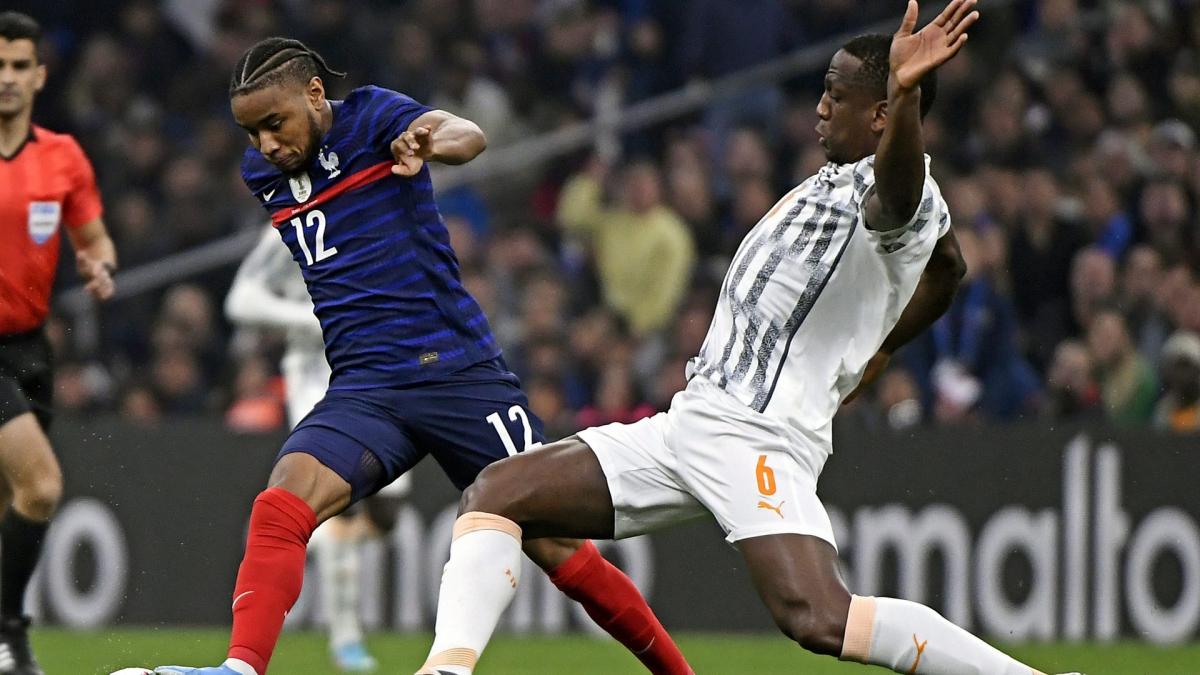 Just a stone’s throw from the World Cup in Qatar, Didier Deschamps doesn’t have much time left to try things out. However, his new list for the friendlies in March had a few surprises in store. Jonathan Clauss, Christopher Nkunku and William Saliba, replacing Covid positive Benjamin Pavard, were the newcomers.

When the grid was announced, there were also some small surprises. All eyes looked intently at the presence, or not, of Olivier Giroud. The Milanese, who had been recalled thanks to the withdrawal of Karim Benzema, got underway, as did Christopher Nkunku, who celebrated his first roster.

Curiosity then invaded the Orange Vélodrome, where the Blues received Ivory Coast. And we were not disappointed at all in his first period. RB Leipzig’s attacking element was, as usual in the Bundesliga, very restless, constantly presenting by picking up or seeking depth. He could have opened the score on a header if it had been on target. Slightly worse in the second half, certainly due to lack of juice.

As for the OM defender, he would quickly understand that there were several fans of his and the Marseille team in the bays. In the 58th, when he came on to replace Raphaël Varane, he was greeted by a roar from his usual lair. He won duels, was serious and every time he touched the leather, like Matteo Guendouzi, who also came into the game, the crowd applauded him wildly. At the very end of the meeting, before France won thanks to Aurelien Tchouameni, RC Lens’s right-hand piston Jonathan Clauss had his first roster instead of Kingsley Coman, but he was short of minutes to show himself. Didier Deschamps also defended the first from the Leipzig player.

† It’s never easy his first selection, against an opponent who also has the answer. He does good things. Potentially, from what I see him doing, he clearly has the ability to do better. He has no fear on the emotional side, it’s because of the adversity he had that prevented him from showing everything. He was interesting in offensive actions and also in the transition phases. This needs to be reviewed DD confessed with a smile. We would like to see you again!