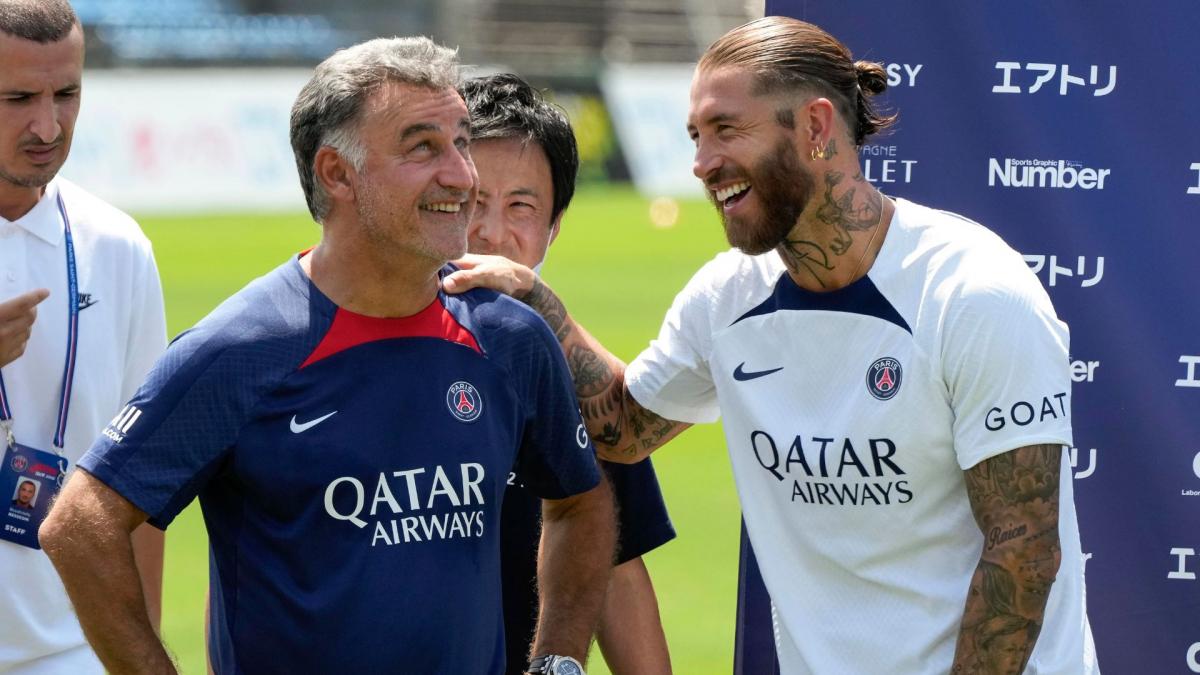 The matches follow each other and PSG starts to stick its tongue out a bit. After the difficult and late victory over Nice last weekend (2-1), when the draw at Benfica (1-1), now the leader of the French championship did not win in Reims on Saturday (0-0). At the end of 90 very exciting minutes in which the two teams had great opportunities to open the scoring, we especially remember the great fact of the match: Sergio Ramos’ red card before half-time. At ten o’clock, the deal inevitably became much more complicated for the capital’s players.

“The red card is a penalty, but it is not the cause of our bad first period. We needed more variety in our game, I felt my team was better outnumbered. We played better, there were more moves, more fluidityretains Christophe Galtier after meeting at a press conference. We created a chance in the first half and two in the second. We made more moves, but the end of the game was very stormy for everyone and we can regret it because we have to be better than that.

Galtier: ‘I am convinced that Sergio did not mean to insult the referee’

The Paris coach recalls two episodes from this end of the meeting where scuffles between the players of the two teams were linked. The referee of the meeting, Mr Pierre Gaillouste, divided all directions (Hakimi, Gravillon, Neymar, Mbappé and Locko) in three minutes. It’s also proof that this PSG still struggles to control all his emotions when things don’t go his way. Above all, Galtier believes that: Sergio Ramos probably didn’t say anything mean to the referee. He minimized this event and said the Spaniard had unleashed some annoyance.

“He gets a yellow card. I don’t know if he’s guilty. Well, I haven’t seen it. I’ve seen this before, a few years ago on a Nimes-Lille. There is a football language problem. I’m sure Sergio didn’t want to offend the referee He released an expression that I hear hundreds of times all week on the field, which we also hear in the competition, when we are angry we have words, we hear words, but it is an expression. I think the referee took it upon himself when he knew how it was going, I had the same problem for José Fonte in Lille, the referee had taken it as an insult to him when it’s an expression often said on the ground. Maybe, but the referee decided otherwise.