Home » The derby for Lille! – Dbrief and COMMENTS from the players (LOSC 1-0 RCL) – Football Defeated in the last three derbies, Lille found a smile against Lens (1-0), this Sunday, at the end of the 10th day of Ligue 1. A narrow margin win for the 2021 French champions, who returns 5 points of the Arts team, defeated for the first time in 17 elite matches.

David scored the only goal of the derby between Lille and Lens.

Lille has finally managed to stop the bleeding against his hated neighbor and enemy. Beaten three times with Jocelyn Gourvennec, LOSC logically took over Lens (1-0) this Sunday at the end of the 10th day of Ligue 1.

More efficiently, the Mastiffs put in a stellar operation climbing to 7th place, 5 points off the Sang-et-Or, stuck at the foot of the podium and conceding a first elite defeat since April 3.

In a beautiful atmosphere in the Decathlon Arena, the Lensois almost lowered the entry temperature. Failed, as Sotoca, who had the chance to open the score on a penalty from Fonte, lost his duel with Chevalier. A great opportunity wasted by the arts club, who nevertheless remained serious enough to avoid the opposing climbs. Apart from a soft shot from David after a nice serve from Ounas, the Mastiffs clearly lacked bite.

Fairly closed, this derby became increasingly rough. In a duel with Danso, Djalo, hit on the head, remained on the ground for several minutes, numb. Medina’s stamp on Ounas, André Gomes’ journey on Medina, Angel Gomes’ brush on Abdul Samed, the debates were very tough. A foul by Hadara on André in the area was fatal for the visitors as David did not hesitate to open the score by firing on Samba’s left (1-0, 44′).

Returning from the dressing room, it took three important saves from the Congolese goalkeeper for David, Ounas and Andr Gomes to keep RCL in the game. Pressured and beaten in the physical battle, the Sang-et-Or took a good fifteen minutes to get their heads out of the water and even came close to equalizing on a powerful curling shot from Fofana. Claude-Maurice, he forced Chevalier to make an exceptional save on a long shot.

Two big fears and then even more to fear for LOSC. Not applied enough and too nervous, Lens increased the errors and gradually lost a match in which he had never really seen the light. An evening without for the band Franck Haise, who miss a great opportunity to get on stage. For Paulo Fonseca, who is close to the break by Weah, it is quite the opposite with deserved success and a solid 7th place for the trip to Strasbourg.

A beautiful atmosphere but above all a great intensity. Maybe a little too much at times since the evening was choppy. On the football front, Lille was sharper and got better chances against Lensois, who appeared to take the goal after the penalty miss very early by Sotoca. A deserved derby, that’s all.

– At a corner from the left, Andr is girded by Hadara in front of the goal. Undisputable penalty for David, who cheats Samba by shooting low to the ground, to his left (1-0, 44th).

Maxifoot assigned a note (out of 10) of comments to each player.

For his first derby, the Lille goalkeeper was decisive in averting a penalty from Sotoca. Confident, he maintained his invincibility in the second period with a sensational save on a long shot from Claude-Maurice. A decisive parade to reassure her partners. He will remember!

Bafod Diakit (6): the right side suffered a lot at the start of the game due to the many overflows from Machado. He eventually managed to set the sights with his physical strength to block access to his area.

Jos Fonte (5): his game almost turned into a nightmare with a penalty at the start of the game for a poorly controlled intervention on Machado. Luckily for him, Chevalier did the job of enabling him to move on with serenity.

Tiago Djal (7): the Portuguese defender also survived with a head injury. He looked Openda in the eye and hardly ever gave her a chance to look back. A race full of courage.

Ismaily (6): A game of duty for the Brazilian left wing. Less offensive than usual, the former Shakhtar player was content to defend, successfully, to block the rise of Cabot and Frankowski.

Benjamin Andr (7): The Lille midfielder made a good copy. Due to his experience, he was able to block Fofana, who has too little attacking input. He also got the penalty transformed by David, girded by Hadara in the area.

Andr Gomes (7): an interesting match for the Portuguese midfielder. He managed to smooth out Lille’s actions thanks to his one-touch play on the ball. After the break he felt even more comfortable pushing Samba to make two important saves. He clearly makes his mark in midfield. Replace the 73rd minute with Carlos Baleba (not not).

Adam Ounas (6): A strong man in Lille’s attacking sector for several matches, the Algerian winger has been in power for the entire game tonight. Though blocked in the first period, he was more visible on his return from the dressing room, passing close to the break on a scoreless shot by Samba. The devastating accelerations caused great concern for Medina. A poison if he’s in his legs.

Angel Gomes (5): only average. The English playmaker distributed some good balls in the first period, but he often lacked the guts to serve his attackers in the best possible conditions. Replace the 84th minute with Jonas Martin (not).

Jonathan Bamba (5): one tone lower than his attacking partners. As always, the winger who moved to the Greens was interesting in his defensive withdrawals, but too limited in the production of the game.Replaced in the 73rd minute by Timothy Weah (not).

Jonathan David (6): The Canadian striker offers Lille the win by converting his penalty without shaking. He warmed up Samba’s gloves twice, but overall he was relatively unobtrusive. Above average thanks to his very important goal.

Brice Samba (7): the Congolese goalkeeper was calm in his interventions. Even if he loses his penalty game against David, he makes five saves to keep his team in the game. Unfortunately, his attackers did not follow.

Massadio Hadara (4): Little asked, the Malian defender made a big mistake by conceding a largely avoidable penalty from a corner from Lille. A mistake by Andr who presses his game and that of his team.

Kevin Danso (6): The Austrian centre-back was the best Lensois player behind. Difficult in the duels, he controlled David quite well, often forced to pick up to hit the ball.

Facundo Medina (5.5): The Argentine central defender loves these matches where his grinta works wonders. It worked well before half-time but much less in the second half, where Ounas often made him turn his head.

Jimmy Cabot (5): activity, movement, but ultimately little concrete in the offensives of the Lensois right piston. In any case, he has no defense whatsoever by blocking his lane well. Replace the 61st minute with Przemyslaw Frankowski (not not).

Salis Abdul Samed (4): Yet so good since his arrival, the Ghanaian midfielder has completely sidelined. Lacking pressing, inability to get the ball out properly, the former Clermontois experienced his first air pocket. Unfortunately, that happens in the derby.

Seko Fofana (5.5): a disappointment. The Lensois captain made an impact in the first period and managed to switch his partners well. Even though he is close to the equalizer after the break with a nice curling shot, the Ivorian midfielder was less visible than usual.

Deiver Machado (5.5): The Colombian left-back returned to his game very well with some hard stumbling blocks, one of which led to Sotoca’s missed penalty. After the break he had much more trouble against Ounas, who often knocked him out too easily on his hooks. Replace the 77th minute with Ismal Boura (not not).

Florian Sotoca (3): The Lensois striker has almost never failed this season, but in this derby he missed completely. While he had the chance to open the score from the penalty spot, the number 7 RCL lost his duel with Chevalier. A rat from which he was never able to recover. Replace the 68th minute with Alexis Claude-Maurice (not not).

David Costa (5): A pretty good start to the game with some well-received passes, including Machado’s who delivered the penalty. After that, the young Portuguese gradually disappeared from the radar and never returned to the game. Unfortunately.

Lois Openda (5): a good first half hour with sharp calls to push back the Lille defenders. The Belgian striker eventually faded too quickly, defeated by Djalo in the duels. Until his defence, he was under-served. 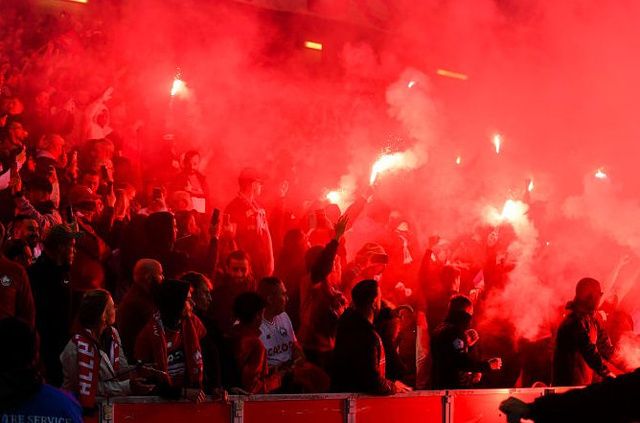 There was a break in this derby 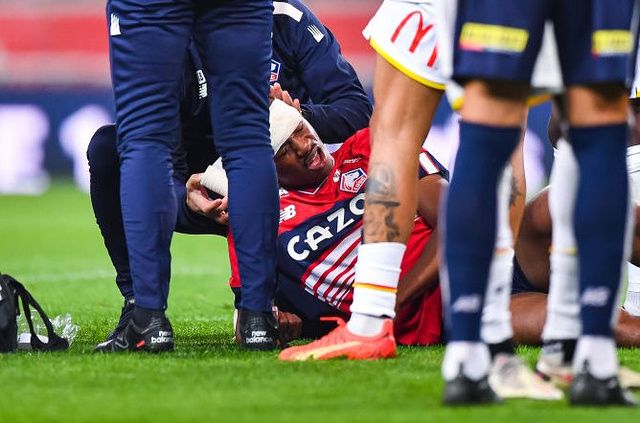 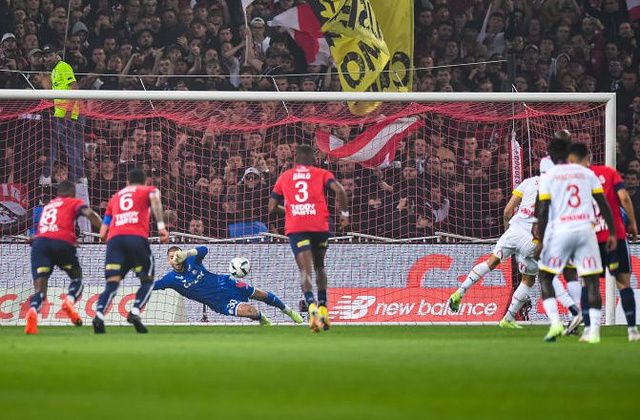 David, he didn’t miss his punishment 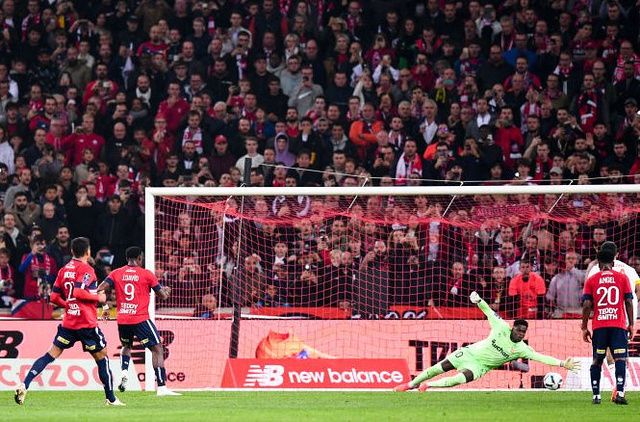 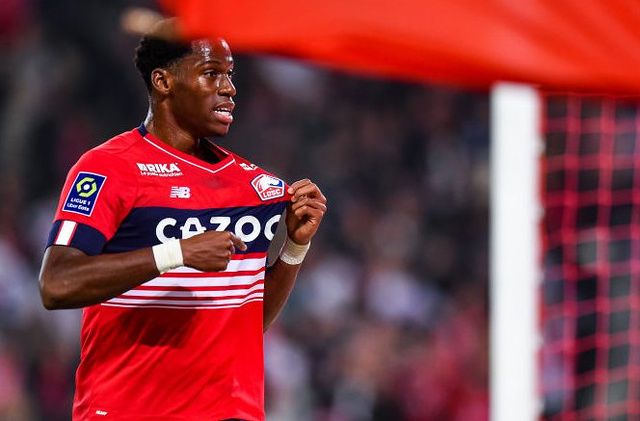 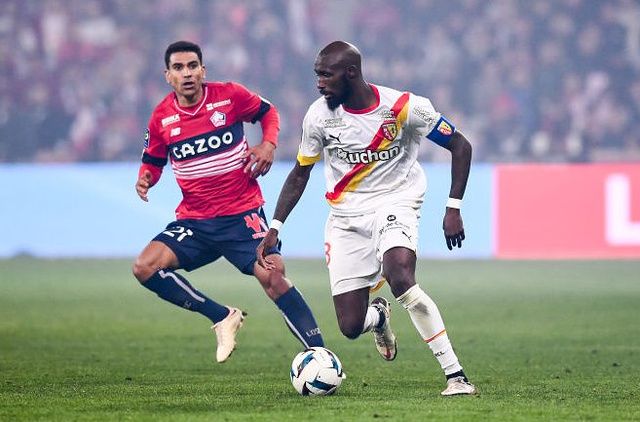 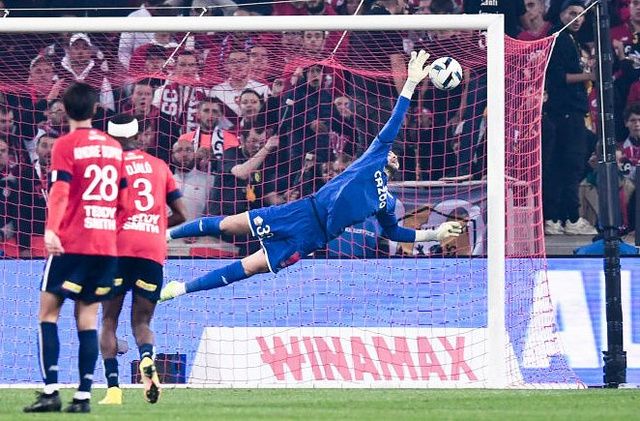