Home » A Plague Tale Requiem: History, News… Everything You Need To Know Before The Release Of The Last of Us Medieval French 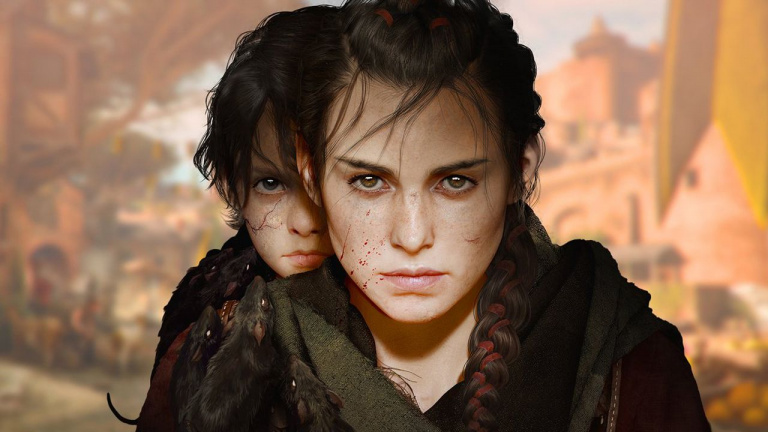 Game news A Plague Tale Requiem: History, News… Everything You Need To Know Before The Release Of The Last of Us Medieval French

The sequel to A Plague Tale, still signed by Asobo Studio, is not long in coming. If you’re in a rush to find Amicia and Hugo, we recommend waiting while you find all the information you need to know before the title is released.

A Plague Story: Requiem, What Is It?

As its name implies, A Plague Tale: Requiem is the direct sequel toA plague story: innocence. Asobo Studio’s adventure game, released in May 2019, has often been renamed the French Last of Us. It must be said that the two share titles similar gameplay and a strong taste for storytelling. Add to that the presence of two characters, an older one who has to help the younger one, and you understand the equation. However, the context of A Plague Tale is very different. Forget about zombies and post-apocalyptic cities because the adventures of Amicia and Hugo take place in France at the time of the Middle Ages, and more specifically of the Hundred Years War of the Black Death pandemic.

What is the story of this new opus?

A Plague Tale: Requiem takes place six months after the end of the first opus and that was enough to age our heroes. After defeating Vitalis Bénévent, known as the Grand Inquisitor, Amicia, Hugo and Lucas left Guyenne to approach Provence. While they want to escape their past and offer themselves a fresh start, they can’t stop the Macula that continues to gnaw at young Hugo. No choice, we will have to find a definitive cure or the consequences could be catastrophic. But the plague still rages, as does the war. In these circumstances it is difficult to settle serenely in a new city and our friends find themselves on the run again. Fortunately, the mysterious island they sail to may prove to be the key to relieving Hugo.

What’s new in gameplay in A Plague Tale: Requiem?

As for the previous opus, discretion will be at the heart of the gameplay. However, the Amicia presented to us has a more bellicose and ferocious aspect. Weapons and attacks will thus become more important in A Plague Tale: Requiem. The goal is “to open options for the player in all game situations” the developers tell us. For example, a selection wheel has been added that allows you to mix any type of ammunition with any weapon. With its larger and more varied arenas, the level design is also more complex, allowing players to choose from different solutions when faced with an obstacle. The game must also bid more action in particular thanks to the crossbow, QTEs that allow to take revenge with stabs or save his cover in extremis and more ferocious enemies. Add to that the return of the alchemy, slingshot, and rat mechanics in the first episode and you’ve got pretty much similar gameplay, but more mature and varied for A Plague Tale: Requiem.

Does the game get better?

Not surprising, A Plague Tale: Requiem Should Be much more impressive than its predecessor. The number of rats displayed, which is already quite large, will be multiplied by 60. So they will swarm 300,000 on your screens menacingly. The world will be more realistic and organic with notably more polygons rendered, textures to die for and plays of light that are promised to stand out. Note that the PS5 version of the game will offer a few extras such as a sublimated sound experience thanks to 3D audio and the DualSense speaker, as well as more immersive gameplay thanks to adaptive triggers and haptic feedback.

What is the lifespan of A Plague Tale: Requiem?

In PLAY Magazine, the lead level design Kevin Pinson has revealed the longevity of the title. That’s why we know it will last between 3 and 6 pm to complete A Plague Tale: Requiem. In comparison, it took between 10 and 15 hours to complete A Plague Tale: Innocence. The game will therefore take a little longer. But Kevin Pinson wanted to be clear on one point: there will be no unnecessary stuffing. The developers didn’t want to artificially extend the lifespan to keep the adventure going from start to finish.

What are our first impressions of the game?

When we tested A Plague Tale: Innocence, we explained that only a few drops of excellence were missing from the potion Asobo devised to set the whole earth on fire. These few drops, it may be that the Bordeaux studio found them in their jars used to make up the gameplay.

Who is responsible for the development of A Plague Tale: Requiem?

We mentioned it aboveit is still Asobo Studio that takes care of the development of the adventures of Amicia and Hugo. The French studio, based in Bordeaux, has grown since then and welcomes no less than 250 employees, its own graphics engine and a branch dedicated to motion capture. Except that, we still see David Dedeine and Kevin Choteau directing, while Olivier Derivière and Sébastien Renard retain their roles as composer and narrative director respectively. When it comes to publishing, Focus Entertainment is still at the helm.

In short, the resources are more important, but the heart of the team remains the same. Which offers us a more ambitious A Plague Tale: Requiem, but retaining the pleasing DNA of its predecessor.

When is A Plague Tale: Requiem coming out?

It was during E3 2021 that we learned of the existence of A Plague Tale: Requiem, but no release date was mentioned. Discreet on the subject, the game finally revealed it during Focus Entertainment (the game’s publisher) livestream last June. And it’s fast approaching since the match is scheduled for October 18. He will go out on PC, PS5, Xbox series and Nintendo Switch (via the cloud). Note that the game will render available day one in Xbox Game Pass. Normally, postponement is not possible. The game is indeed went gold just over a month ago.

If you’re particularly interested in the universe of A Plague Tale, know that it’s not just the game you’ll soon be able to set your sights on. Shortly after the release of A Plague Tale: Requiem will also be available a book dedicated to the Asobo license: The heart of a plague story. Written by Benoit ExServ Reinier and published by Third Editions, this 192-page book is a mix between an artbook and an illustrated making-of. Indeed, the author was able to observe and comment on the development of A Plague Tale: Requiem in writing and image, while returning in detail to that of A Plague Tale: Innocence. Until October 20 to dive into the history of this license that changed the face of Asobo Studio.

About A Plague Tale: Requiem