Home » Deathloop: It’s official, the game is set in the same universe as this other Bethesda franchise 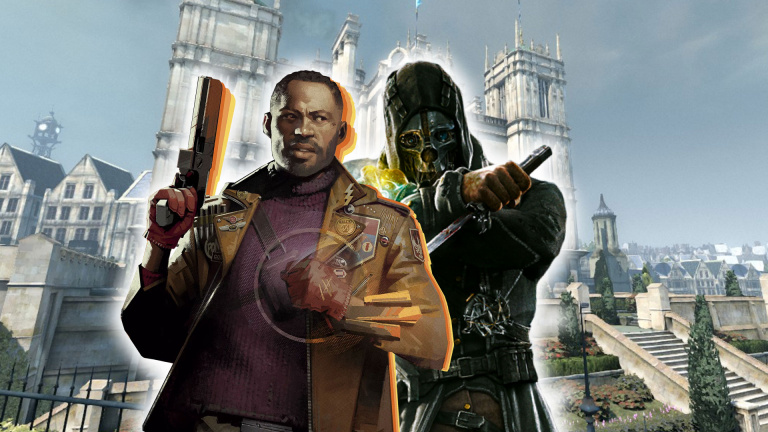 Game news Deathloop: It’s official, the game is set in the same universe as this other Bethesda franchise

A developer from Arkane Studios just released some very interesting information about Deathloop: the game is indeed set in the same universe as the Dishonored saga. And there are also many clues pointing to it.

Deathloop, or the future of Dishonored

Recently, dishonored the first of the name celebrated its tenth candle. Bethesda unveiled for the occasion a beautiful Xbox Series X with the image of the game while Dinga Bakaba, head of the studio in Lyon and co-creative director, was the guest of the Major Nelson podcast to discuss the company’s various projects : he specifically approached the universe of death loop and confirmed it was the same as that of dishonored.

A revelation that is nevertheless important: of course the two dishonored and death loop share major similarities, especially in terms of gameplay or certain powers, but this formalization puts an end to the many theories that have been flourishing on the web for quite some time.

So the developer made his confession in the podcast, facing the camera:

Yes indeed, we envisioned that Deathloop would take place in the future after Death of the Outsider. We didn’t want to make it too big because Deathloop has its own story, its own hero, its own period that we wanted to develop, as well as its own aesthetic, its music…

But at the same time, there were many things we wanted to say. After the Death of the Outsider, of course, the latter is no more, and we’ve always wondered what might happen next. And while we were doing Deathloop, we thought “this could be one of the things that happen after” so we have a certain timeline to connect this all together (the two universes, editor’s note) and there are many clues in the game.

He then quoted the Heritage weapon found in death loop : it comes from the Imperial period and has a small logo on the edge representing the Dunwall Tower, the emblematic building of dishonored. Likewise, at the end of death loop an old-fashioned pistol, the same one present in Corvo’s adventures.

There are many little things. At one point we meet a character who talks about a unique concept that belongs in the world of Dishonored. And then you can start thinking, “Hey, wait a minute, if this is the Dishonored universe, then when?” to finally connect the clues and the red wire. And of course it all makes sense.

In fact, all you have to do is step back and look at the universe, the magic and the technology; there are also comments about classes and inequalities… We’ve tried to see that as an evolution. Whenever the past comes up (in Deathloop, nldr), we either stayed vague or played on words. For example, it says “motherland” but not Tyvia, but you can definitely make the connection. Once you’re up to speed, you can tie everything together.

It was really beautiful for us to imagine one of the possible futures of the Dishonored universe.

In short, the developer admits that there was a lot of clues to build the bridge between the two franchises and that the whole thing turns out to be quite logical… because that’s what I thought during development. Quite a revelation!