Home » eFootball 2022 will be released for good on April 14, Konami announces 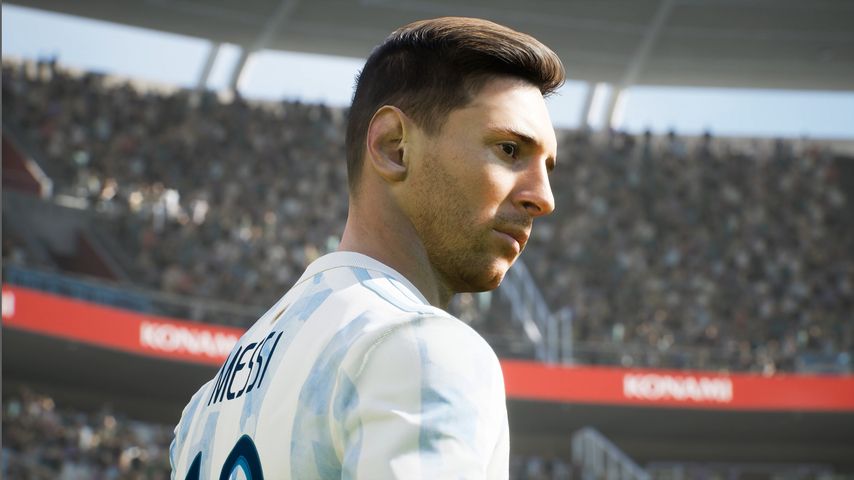 the communicated from Konami begins with another apology for the poor quality of the product that launched last September, after two years of development that clearly wasn’t enough. †Since then, the development team has worked hard to regain the trust of our precious community, as well as to make it the most enjoyable game possible for football fans around the world.we can read.

By hitting the 1.0 speed, Konami now believes his game has the qualities necessary to be appreciated by the greatest number. This includes adding new controls and elements (offensive and defensive), as well as adjusting the game balance and fixing bugs, all based on surveys and feedback from other players on the networks.

Naturally, eFootball 2022 was designed from the beginning as a game that evolves over the months, which is the reason for the transition to the free-to-play economic model. So don’t think that the updates will stop with this so-called official launch. Before you list news and improvementsLet’s add that Konami is still working on the mobile version of the game, but its launch will be later. Everything in due time, isn’t it?

Improvements and new features of v1.0.0

Changes to defense commands and addition of “Push Request”

Of all your comments, many were defense-related. Many people mentioned the difficulty of defending and getting the ball back. After reviewing the priority order of defense-related actions, we decided to change the default key settings to make defense more intuitive. The controls that were available in previous versions are also being brought back into play. In addition, we have added a new control, ‘Shoulder Contact’, which allows you to regain more proactive possession of the ball.

In addition to individual defense, we also examined elements of team defense. The command “Request Press” has also been added to the game. In addition to sending multiple players to the ball, other teammates will work together to regain possession by blocking passing trajectories and moving up the defensive line.

In addition to these functional additions and changes, we’ve also made some changes to other defense-critical in-game elements to give you a more responsive and intuitive experience when it’s time to defend.

In addition to the defense, we also got a lot of transient feedback. Many of you have commented on the slow passing and high number of passing errors. That’s why we’ve made improvements that focus on game balance and order satisfaction.

In general, we increased the pass rate to match the pace of the matches with the defensive improvements described above. In addition, we have also integrated a mechanism that uses the bounce of the ball as an acceleration force. This is useful for one-touch passes, for example, because the speed of the ball will increase thanks to this mechanism. Thus we obtain a “rhythmic passing game”, an essential part of modern football.

With regard to passing errors, we concluded that they are caused by the actions of the passer and receiver during and after playing the pass. We have therefore integrated the following fixes:

After these corrections, the reproduction of abnormal pass errors is greatly reduced.

To make the passing game even more fun, we have also added a new tool, the “Power Pass” command, which allows you to hit the ball in various special trajectories. These controls allow you to set the pace of the attack and provide more assists.

With regard to recordings, we’ve made the following two improvements:

In addition, we have added different shots and trajectories to the game for each situation, such as the “Power shot”. All this should allow you to experience many realistic situations in front of the target.

To improve maneuverability when dribbling and give you a more rewarding dueling experience with realistic actions, we’ve made the following changes:

Other functional improvements have also been made, including improved responsiveness and ball behavior with the new “Sudden Change” command, as well as easier-to-understand fake actions. We hope these improvements help to create a more enjoyable experience in duel situations against opposing defenders.

In order to improve the stability of the online connection, but also to reduce the number of canceled matches, we decided to use a client-server system of this new opus. In the same vein, we are constantly looking to improve the response time of online competitions. To make sure you have the best football experience, we will continue to monitor the situation after the update and make the necessary improvements.

To restore some popular features, we’ve made the following changes and additional features to the game plan while fixing some issues: