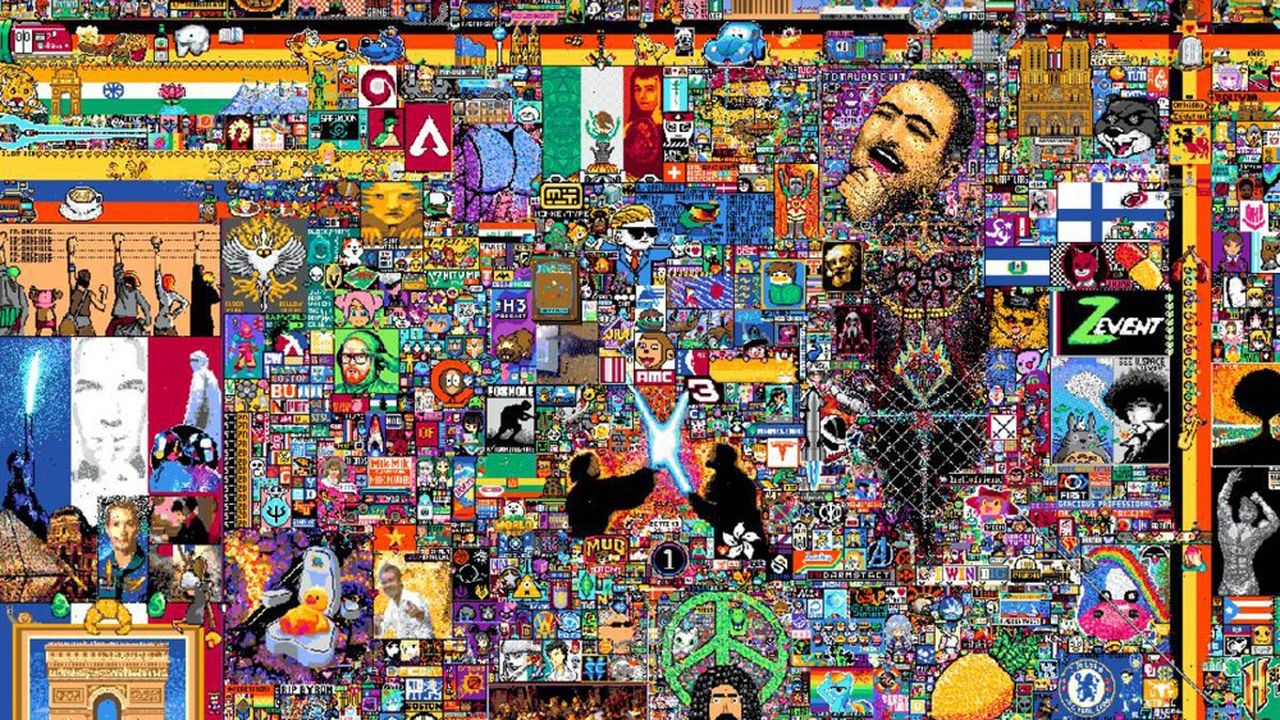 A huge tricolor flag, a Carte Vitale or Thomas Pesquet: for 4 days, the community of French internet users came together to make France shine on the screens of the worldwide internet. Initially, a white canvas of 4 million pixels is opened on the 1er April by the Reddit community platform †

The goal is to create a digital work of art in the form of a huge collective fresco. Any user could participate by placing a color pixel on the canvas every five minutes. The idea is to encourage the different communities and users of Reddit to exchange in a spirit of artistic collaboration. Indeed, to create an original work, Internet users have to team up with a few, even thousands, to appropriate a piece of the fresco and put their stamp on it.

But soon the color space became scarce and the collaborative experience turned into a turf war. A “Pixel War” led by several influential web personalities of different nationalities who have united their communities to make their mark on the web. The real-time evolution of the fresco made it possible to see the determination of each of the communities not to lose a pixel of ground.

The mobilization of tens of thousands of French internet users thus led to the creation of a huge tricolor flag. Thus, characters from Asterix or “The Little Prince”, the Eiffel Tower, Zinédine Zidane, the Arc de Triomphe, a Carte Vitale, Thomas Pesquet or a butter croissant are inserted into the fresco representing France. Colored pixels are thus converted into national symbols that are defended with big clicks.

Led by the “streamer” Kameto, with his 1.2 million followers on Twitch , then passed on by other influencers such as Squeezie (16 million subscribers on YouTube) or Zerator, internet users thus defended the colors of France until the end of the event on Monday. In particular, the French have had to deal with the alliance of several major Spanish and North American influencers who have attempted to invade French territories.

A digital and influential war, in a good-hearted atmosphere, giving rise to negotiations between the general staff of each country on the Discord discussion platform to defend its territory. Flags representing different countries such as Spain, Turkey or Canada have thus seen their pixels disappear under the raids of hostile internet users.

Stimulated by the enthusiasm of the various communities and the expressions of support from athletes, artists and even the far-right presidential candidate Eric Zemmour, the event aroused the curiosity and enthusiasm of many internet users who commented on the evolution of the fresco on social networks.

Called on to mobilize on Twitter and meet on the discussion platform disagreement to coordinate to perform together on Reddit, the new ecosystem of community networks was at the heart of this internet party. And it’s on the Twitch streaming platform those geeks or just the curious gathered to observe their progress.

The race against time to preserve French territories has thus accumulated more than 10 million views on the Twitch channel of Kameto, the “general” of French Internet users, which broadcast live the evolution of the collective fresco. From Monday to Tuesday, a peak of 420,000 live viewers was reached to follow the final minutes of the fresco on its channel in real time. The day before, there were already almost 6 million cumulative “viewers”, the name that spectators were given according to the American platform of streaming videos owned by amazon †

This enthusiasm once again demonstrates the strong mobilization capacity of the Internet scene in France. During the last Zevent, a charity marathon organized by the community of French “streamers” (live content channels on Twitch), more than 10 million euros was raised for Action against Hunger, a world record for a streaming event.