Home » Genshin Impact: The insane amount the game has raised since its release, an insane regularity 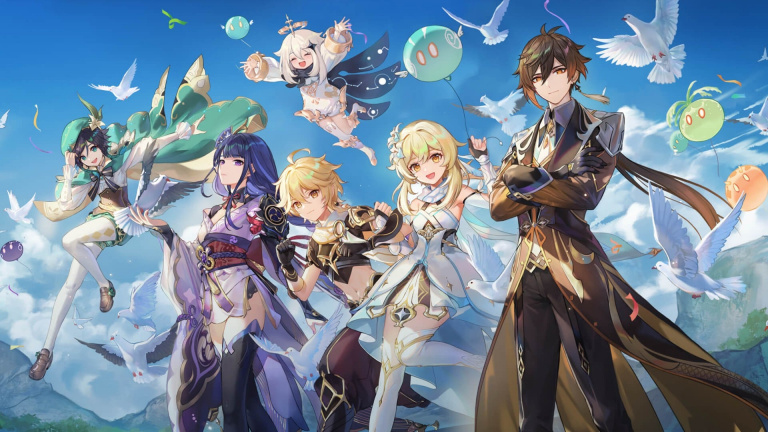 Game news Genshin Impact: The insane amount the game has raised since its release, an insane regularity

At the moment, Genshin Impact is not doing well: miHoyo, the studio behind the hit game, had to postpone a content update for the first time in its history. However, the title remains dominant on mobile. This is evident from the figures shared by SensorTower.

Sensor Tower, a site specializing in financial market analysis for mobile games, recently released its latest results. The chance to see, once again, the overwhelming success of Genshin impact† Since its release on September 28, 2020, the title has raked in $3 billion in player spend, a figure that sets aside the PC and PlayStation versions of the title. In addition to the astronomical sum that has been made, it is the regularity with which the studio brings in the tickets : It took him 171 days to generate his first billion, 195 for the second and 185 for the third. So, on average, miHoyo takes 183.6 days (six months and three days) to generate a billion dollars.

Since the beginning of the year, it has also exploded the competition: Genshin Impact has generated $567 million, establishing itself as the gacha raised the most money. In second place is Lineage W, a distant second at $272 million. More generally, sensor tower tells us that Genshin Impact ranks third in the most lucrative mobile games. These are two Tencent games, Honor of Kings and . respectively PUBG Mobilewho take first and second place on the podium.

First of all, it is the Chinese market that is most fond of mobile games and Genshin Impact is no exception to the rule: it represents $970.3 million, or nearly a third of the game’s revenue† At the back, Japan (23.7%) and the United States (19.7%) complete the podium. That said, Genshin Impact is also one of the biggest Chinese successes in the western market.

Finally, it is also thanks to the regularity of the developers’ work that Genshin Impact continues to perform so well today. The characters to be summoned are refreshed regularly, while also periodically (about every month and a half) new content updates are made. A studio established itself like a cuckoo clock, despite the latest postponement: miHoyo, for the first time in its history, had to postpone an update† Due to the sanitary restrictions imposed in Shanghai, the work become much more difficult†