Home » GTA 6: An official announcement soon after the leaks? We explain why! 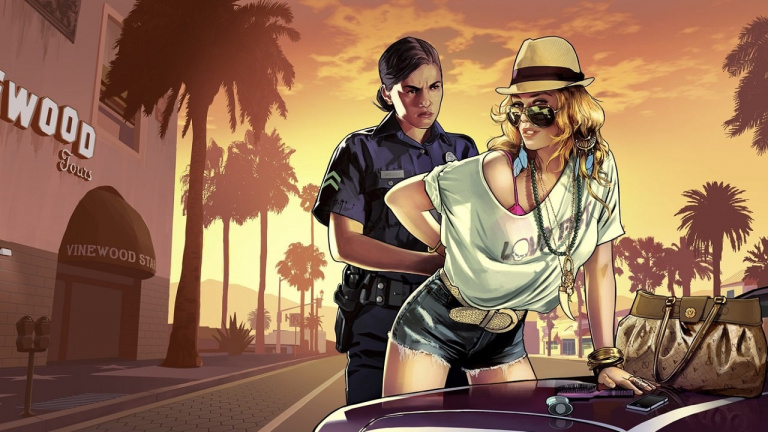 Game news GTA 6: An official announcement soon after the leaks? We explain why!

For the Rockstar studio, the month of October is marked by the many historic releases of its flagship games. This is data that might let us predict, for the 25th anniversary of the Grand Theft Auto license, a release date for his latest opus. Can we really hope for such good news after the disastrous GTA 6 leak? We’ll figure this out together.

The GTA 6 Leak That Shocked Rockstar and the Game Industry

Like a real saga, we regularly have new information about this case. As a reminder, one of the most anticipated video games in the world has leaked. A few weeks ago, in September, GTA 6 suffered a massive data breach.
This involved nearly a hundred videos and content from what appears to be a version of GTA VI with the graphics of the previous opus. A news that was both a great pleasure for impatient fans and a very unpleasant surprise for Rockstar employees. The videos show a version of the game that would date from 2019 and was far from finished. It was the employees’ Slack account that was hacked to extract the videos they exchanged among themselves. Worse still, he would also have sold the source code of GTA V, ie the base of the game.

The hacker (his nickname teapot) behind all of this is a 17-year-old Brit. It wasn’t a first for him, as he recently boasted of doing the same for the company Uber. He was also reportedly arrested earlier this year for the Nvidia and Microsoft hack. The teen was taken into pre-trial detention. The case is far from being solved, the hacker’s employees could also be the subject of an arrest warrant, which could provide us with new elements for this large-scale investigation.

American studio Rockstar is a video game publisher and developer best known for games
Grand Theft Auto and Red Dead Redemption. Many of their games were released or announced in October.
Grand Theft Auto V was officially announced in October 2011 and
Red Dead Redemption II in October 2016. The releases of GTA Vice City (in North America), GTA III, San Andreas and GTA Online also took place in October. All of these announcements and publications can be explained by the company’s quarterly balance sheet which takes place in November. So if a game were to be announced at an ideal time for Rockstar, it would be October. This is a completely plausible hypothesis that promotes the possibility of an imminent announcement. However, it is not the only gamble, which greatly boosts players’ hopes regarding the return of the famous license.

In a few days we will be able to wish you a happy birthday soon Grand Theft Auto: Vice City, released in 2002. And more broadly, we will be able to celebrate the 25th anniversary of the license released for the very first time in 1997. Information that does not rejuvenate us, but has the merit of giving us hope. Perhaps we can wait for an announcement to celebrate these very important dates for fans. An announcement would be particularly well suited to all these dates. To date, however, there is no information that allows us to formalize these assumptions.

Rumor has it that the highly anticipated GTA 6 will be announced during this Halloween event on GTA Online. A prominent member of the gaming community named Tez2 said that: the chance that an announcement will take place at this point is very high. You might doubt the veracity of his words if this person hadn’t already leaked information that actually happened. Speculation based on a mysterious photo posted by Rockstar showing a house and a flying saucer. We remind you that this is a rumor and we cannot confirm its realization in any way.

Can we really expect an announcement for GTA 6 in a few days?

Now that October seems to be a recurring date for Rockstar games and birthdays… It seems like the perfect time for an extremely uplifting announcement. Hopefully the GTA 6 leaks didn’t take the rug out from under the American company. Ideally, you might even think that an announcement would allow Rockstar to counter the leaks by showing that they weren’t disturbed in their original plans. The leaks showed us footage of the game that appeared to be from a few years ago, so we can legitimately speculate that the game has been on its way to completion for a while and ready to be announced. . Nothing has been officially announced yet, so we can only keep our fingers crossed and hope to celebrate these anniversaries with a nice present.