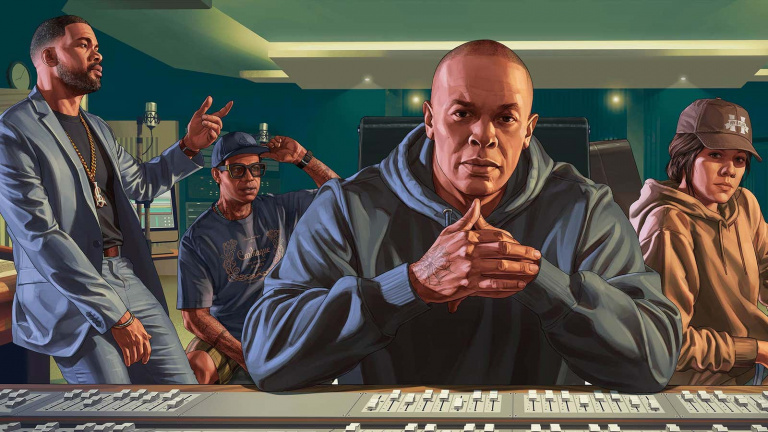 However, Grand Theft Auto games, which portray a world that has many similarities to our society and sometimes interacts with real personalities, have never featured existing brands. A wish that was confirmed by Rockstar and recently explained in detail by the boss of Take-Two.

A satire of our society

The Grand Theft Auto license has made satire its trademark over the years. Each episode is playfully parodied and captured on trends in our society, and systematically draws up a balance sheet with a black humour. In order to share their vision, the Rockstar teams have developed a very parallel universe that is very close to ours, with the exception of the brands. While it is possible to see well-known figures such as Dr. Dre in the heart of Los Santos, you will never see a famous brand in the game.

Just look at the available clothing, fast food or even vehicles, which are heavily inspired by models and brands that actually exist without exploiting them. A choice that is often bypassed by fans who have made it a real exercise with mods that make it possible, for example, to convert our favorite cars into the world of GTA.

In the service of art above all

For Rockstar, this particularly outspoken choice is primarily a creative decision, more than a financial one. In any case, it’s what Strauss Zelnick, the current CEO of Take-Two Interactive, supports. In a recent interview with games industrythe entrepreneur came back to this choice extensively.

The world of GTA is fictional, so to implement real brands there, they have to be truly iconic and fit into this world. Above all, it is a creative decision that motivates the Rockstar teams. It is not a financial choice. We run all our projects with the aim of engaging and engaging consumers, and we believe that monetization comes naturally. We wouldn’t include brands based solely on financial opportunity in one of our titles (…). There are other games that lend themselves very well to implementing brands or even direct advertising such as NBA or PGA. When one gets involved in any of these games in the real world, one expects to see advertisements and sponsors. But those expectations don’t really exist for Grand Theft Auto, with the exception of fictitious brands. So delivering a real experience takes a lot of thinking and consumer sensitivity, and I think Rockstar is known for that.

Finally, Rockstar therefore prefers to build a coherent universe that is true to its vision in order to better share it with players. A logical choice, especially since Rockstar is known for its strong opinion about our society. We also imagine that the studio would rather make fun of a brand made from scratch that reflects real brands, rather than attract the ire of big corporations. Anyway, Rockstar isn’t done exploiting the universe it built, while GTA Online is still just as popular and GTA VI has already been confirmed.