Home » Halo Infinite: A Season 2 Worth Watching (And Your Return)? 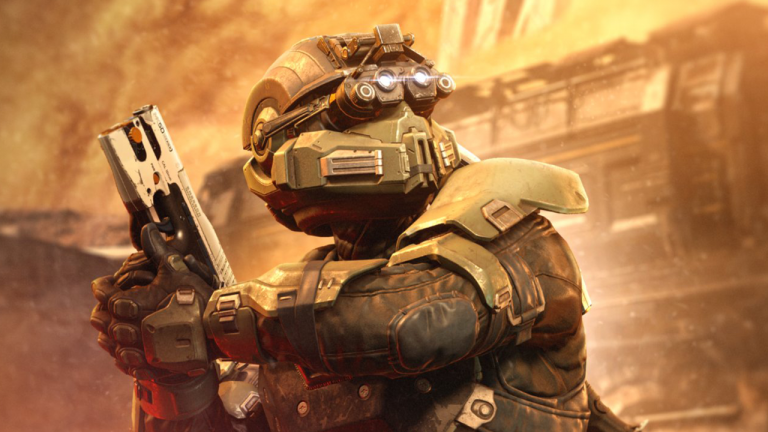 Game News Halo Infinite: A Season 2 Worth Watching (And Your Return)?

Available since May 3, Season 2 of Halo Infinite arrives as the title’s community formed by 343 Industry yells at everyone that it’s starting to spin in circles. It’s true that for a free-to-play based on Microsoft’s star series, the multiplayer mode hasn’t evolved much since the early access release in November 2021. The worries the studio headed by Bonnie Ross hopes to allay. with multiple additions. What are the Spartans bringing back to the battlefield?

A progression system that doesn’t shift

The American studio has been criticized for several months on social networks and on its forums, the flaw of additions considered too rare for a 2022 game service. By opening with a new movie scene, 343 Industries clearly wants to mark the hit. In a way, this intro sequence is a promise to the player of a fresh start. Season 2 titled “lonely wolves(Lone Wolves) comes with a new 100 Tier Battle Pass giving access to over 180 unlockable items, some of which are clearly accessible without spending the 1,000 credits required for the Premium version. If you haven’t bought all of the Season 1 content yet, don’t panic, there is an option to select which Battle Pass is active.

We find a progression consisting of challenges to be completed, sometimes during specific events (such as the Interference event which runs until May 15, or the next Alpha Pack which takes place from July 19 to August 1). The Fracture event allows you to unlock thirty customization elements for free for your Spartan by completing challenges in the future Land Grab game mode (activate areas as soon as possible), which will be released on May 24. Additions to the Season 1 progression system are still there: the first two matches will provide a minimum of 500 XP points, and it is possible to exchange challenges with special consumables. Like other F2Ps on the market, the Battle Pass Premium grants access to 1,000 credits once completed (10 times 100 credits), potentially paying for the purchase of a future Battle Pass.

Of the three new game modes officially listed by 343 Industries, two are actually throwbacks/variants of familiar modes Halo fans with King of the Hill (4v4 where you have to conquer an area on the map. Once the area is conquered by a team, a new area is determined) and Attrition (4v4 with communal respawn pool and a danger zone mode introduced in Season 1 with the Cyber ​​Showdown event). The Attrition mod was especially liked by players who hadn’t hesitated to ask 343 Industries to make it a permanent mode. They are now awarded. The real new mode of this season 2 is therefore based on “Last surviving Spartan”, each for themselves where 12 players fight with unique conditions: only 5 appear for a final death, points gained by killing enemies and getting their AI back to spend with which to upgrade their armaments, and a combat zone that can be unlocked after 5 minutes shrinks . The last Spartan standing at the end of the battles wins the game.

This mode is quite fun and quite stressful and requires playing it safe as well as taking risks by repairing AIs or looking for camouflages and other shields.† While the shrinkage area is a tension-boosting element during games, its integration leaves something to be desired. There were times when we respawned outside the cleared area late in the game, losing our shield and making us weaker against the remaining opponents. Let’s hope 343 Industries will find a way around this concern caused by integrating a feature straight from the Battle Royal. Matchmaking also welcomes new variants to its playlist that includes Ninja Slayer (unlimited Elite sword and grappling hooks on the map), Vampireball (Oddball except skull kills once), and Rocket Repuslors (unlimited rocket launchers and Repulsors galore). Enough to have fun at parties with instant fun.

Five months after its official launch, Halo Infinite’s multiplayer mode finally welcomes new maps. Two new cards, to be exact† The first Breaker is a Big Team Battle map depicting a Paria destruction site formed by two bases separated by a long central path. The level design features long, clear lines ideal for snipers, as well as interior passageways for prolonged close quarters combat, while the central aisle encourages vehicle breakthroughs. Still, you’ll have to be careful where you put your wheels, as a destructive laser moves, ready to solve the stunned soldiers. Compared to other Big Team Battle maps, Breaker offers more verticality and is well thought out for Capture the Flags thanks to its multiple side paths that allow for many strategies† The map also has multiple ledges and elements to jump on, allowing fast-paced enthusiasts to create daring courses.

The second, conceived for the Arena, is called Catalyst. It is a Forerunner structure in a cave and houses both waterfalls and vegetation. This map is very legible. There is always an opening to peek through. Opponents are quickly spotted and the paths to flush them out are immediately understandable. you would have understood this level is ideal for sustained action, and is especially fun in Skull mode† In its level design, Catalyst is reminiscent of some fan-favorite maps, such as Lockout, Epitaph, and to some extent Waterworks (more condensed, of course).

Changes in a Major’s Glove

Season 2 of Halo Infinite multiplayer also features several rebalancing and additions, sometimes discreet, sometimes significant. Melee damage is slightly reduced, the Mangler sees his ammunition warehouse melt like snow in the sun. The Ravager, on the other hand, gains power and can now kill a Spartan in two hits. Other vehicle modifications have been made to improve Warthog’s handling, Chopper power during boost, and Banshee speed. Drop Wall and Overshield are also gaining in efficiency.

As for the interface, the motion detector has a new functionality in unclassified games† The edge of the circle reveals the general direction of players sprinting, shooting or using vehicles. In Arena mode, the Motion Tracker displays the precise points of enemies up to 18 meters away, but the boundary detects opponents within 100 feet. In the Big Team Battle mode, the maximum distance of the Motion Tracker is 24 meters and the edge functionality reaches 40 meters.

Among the tweaks we noticed, Spartan Academy now allows workouts with no time limit, bots get new behaviors, the theater mode is more stable than before, and the outline around the player’s armor offers several options for customization (opacity, thickness). Finally, Xbox Series S owners will be happy to hear that they can have fun online at 120Hz (at the expense of resolution), a feature that was currently only present on Xbox Series X.

If it’s blurry, is there a wolf?

Under the cover of bug fixes, 343 Industries took the opportunity to review some systems† The speed of sliding on slopes has been reduced and many collisions have been reworked. For example, it is no longer possible to lean on certain edges† This decision affected a section of Halo Infinite players who did not hesitate to express their displeasure† The presence of queues that are too long, challenges with progress issues, desynchronization in certain games, and the always noticeable absence of a 100% free slayer playlist are starting to annoy some historical fans of License. Professional players love snip3down and Tyler Ganza have already contacted 343 Industries regarding the issues encountered. At the time of writing, Joseph Staten, Head of Creative at 343 Industries, said on Twitter: “this week has been hectic. It was not our goal. We take your comments to heart (…). We are looking at the options and more news to come† To make up for it, the studio is going to offer 5 XP Boosts and 5 Challenge Swaps to people who log in during the Interference event.

In general, players asked for more new game modes, more new maps, and new weapons for Halo Infinite’s multiplayer. Microsoft lived up to some of their expectations with Lone Wolves, although the amount of really new stuff fell short of expectations. Of course we understand how important it is for the studio to add a ton of customization elements to drive progress in the Battle Pass, but we would have preferred to put efforts into other types of content. Let’s hope that beautiful surprises await us in the future.

About Halo Infinite and Multiplayer