Home » LEGO: A Brand New Game Revealed That Will Probably Be Talked About 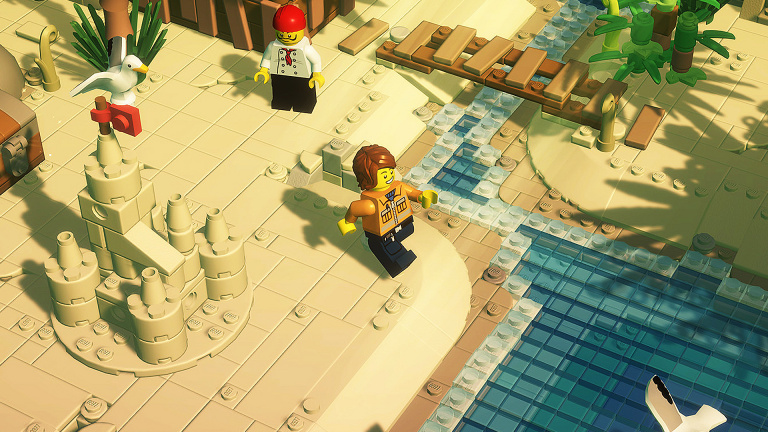 Game News LEGO: A Brand New Game Revealed That Will Probably Be Talked About

There are plenty of LEGO video games. But LEGO Bricktales, which has just been announced, intends to do it right by promising one of the best experiences in the entire video game saga.

The perfect game to develop your creativity

LEGO is clearly one of the most popular franchises in the world and owes its fame (among other things) to ultra-strong partnerships. Excluding the collaborations in the toy world, video games are not left with a huge number of adaptations, the next date being none other than that of Star Wars.

The principle is quite attractive on paper: we have to traverse a multitude of levels, supported by a sparkling story and warm graphics, but with the challenge of solving the puzzles that stand in our way. To do this, we will have to create their own solutions based on LEGO bricks, such as building a vehicle or suitable platforms. Creativity is therefore essential and allowed above all thanks to a smart object editor, ultra-permissive.

Enthusiasts will in these rules follow the principle of: LEGO Builders Journey, released in 2021 and which introduced itself as “a geometric puzzle game”. So there was the opportunity (and even the obligation) to make your own LEGO creations thanks to the included tools: an app that has been very successful with extremely positive reviews on Steam. On the part of the press, some did not hesitate to qualify the title as “almost perfect for a LEGO game”.

Given the success of this first attempt, the company has apparently decided to bring context (with a story) and a more controlled coating to LEGO Bricktales, to create a real adventure and not just a sandbox focused on construction. In any case, this is announced by Thunderful Games and ClockStone Studios, who confirm the arrival of the software for 2022. We’re still waiting to find out which platforms will be affected, but we already know the PC will be there, via Steam†