Home » Lost Ark, a preview of the May update: A new class, a Legion raid, a Guardian raid… we take stock 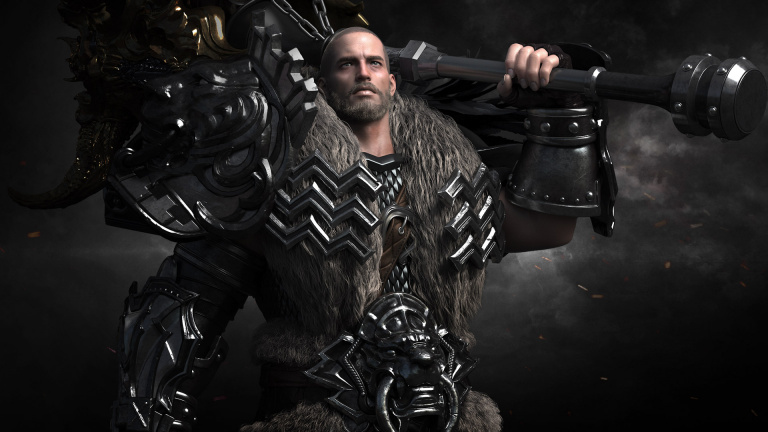 news tip Lost Ark, a preview of the May update: A new class, a Legion raid, a Guardian raid… we take stock

Here’s more about the May update, which notably brings a new class and new high-level content to Lost Ark. will bring

It’s this Friday that the developers oflost ark have decided to post the information about the big May update. This one has a lot of content, and if it’s not resolved by then, it probably will be the chaos dungeons materials bug† Let’s see together what changes, and think about it complete your Arche Pass †

First Look at the Lost Ark May Patch

Here’s everything announced by the developers of Lost Ark for the May update. Note that no Express pass has not been announced for the destructive† Will it therefore be necessary to mount it “the old-fashioned way”? Will there be a pass in the store? We don’t know at this point. It will be interesting to see how this plays out, as in the Korean version of the game, every new class was entitled to an express ticket to level 50.

This is the first legion attack in the western version of Lost Ark. Legion Raids are challenging team activities that require very strong group cohesion to determine and implement the strategy that will counter each Legion Commander’s specific characteristics, skills and mechanics. Because legion attacks are grueling and time-consuming, they contain portals (or checkpoints) that record your progress. Valtan is an eight-person, two-portal raid that introduces a whole host of new mechanics. Players must have reached item level 1415 to try their luck on ‘normal’ difficulty, and 1445 for ‘hard’. The Legion Raid: Valtan also introduces a new rarity for “relic” gears. Relic-rarity gear can be crafted from materials earned during the raid. They give more armor and weapon bonuses, as well as bigger stat bonuses and more engraving nodes on accessories.

Guardians are powerful entities that can tip the scales in favor of good or evil. A new guardian appears who must be defeated before a new age of darkness begins. To try your luck, you must have reached item level 1415. As with other Guardian attacks, you can try to defeat Dekaluda alone or in a team, or with up to three other heroes through player encounters. As in Legion Raid: Valtan, you can earn Relic-quality accessories if you defeat Deskaluda.

Armed with a range of abilities that allow him to break through the pile, his hammer attacks are so catastrophic that they affect gravity: the destroyer can slow, throw, push and pull enemies, all it takes to completely destroy them. Thanks to the massive imbalance damage it inflicts, the Destroyer will come in very handy for teams trying to defeat powerful opponents. The destroyer joins the berserker, paladin, and gunfighter and becomes the warrior’s fourth advanced class.

Guardian Raids (Challenge) will be a new weekly activity for players looking for a new challenge. Each week you can try to defeat three Guardians of the Challenge difficulty. To face each of them, you need a different item level. Each week, a guardian is replaced by a new enemy to face. Unlike regular Guardian Raids, Balance Balance is applied to Guardian Raids (Challenge) to match your character’s item level to your enemy’s. Also, you cannot use the Battle Workshop in the Raid Zone. The bigger the challenge, the more interesting the rewards are. The rewards awarded for each Guardian defeated can be claimed once per World Quest per week and are more diverse than regular Guardian Raids.

New missions and activities in the open world

Wild Rise Isle: Archesia is a vast land teeming with a myriad of threats, though not all of them are as formidable. The Crispy Golden Monarcoqs, eager to avenge their friends and families who have landed on your tables, are planning to invade the island. Players turn into a chicken or a beer to fight the Monarcoq boss and earn event coins. The faster you defeat enemy waves, the faster other Monar grids appear and the more coins you can earn! Wild Rise Island is a new event that you can join in co-op or solo to quell this unique rebellion. Join a co-op quest

Guilds already allow you to find groups for raids and use of the guild shop, but new guild activities will be offered in PvE and PvP starting in May. Set challenges throughout Archesia to control guild bases and prove yours is the best.

Island Siege: This guild activity allows you to defeat other guilds in PvP. Your rank is determined by the number of points you earn when you complete objectives and defeat enemy players. Earn rewards and assets like gems (especially from ability) or accessories, among others.

Players seem to want more skins, so we’re adding Neria’s monthly wardrobe to the regular store updates going live in May. This is a pop-up shop that sells individual skins (for head, chest, legs, etc.) and will be available for about a month. Here you can buy specific items for your character, such as caps, t-shirts, jeans, fit and flare dresses and more. Your character will face mythical bosses dressed in modern clothes.

May will see many general improvements, including front and back attack indicators, the ability to view daily and weekly content participation in a new menu, interface changes, improved party finder and party invite features, updated loot dismantling, more user-friendly Marketplace and Auction House features and some cool new features like the ability to randomly summon favorite mounts and new hairstyles!

Smilegate RPG recently released a balance patch for many of its advanced classes to adapt and better define their roles on the battlefield, including the impact of the Destroyer advanced class. People who are not aware of these changes will be able to learn more by reading the patch notes and will see them in Archesia.

Smiltegate explains that they can’t wait for these new activities to be added to the game in May and that players can try their luck in the first Legion Raid, participate in new endgame content and experience adventures. fights. They clarify that with Valtan, Deskaluda and new endgame content slated for May, they will be reviewing the roadmap for this summer and giving you a preview later this month. As always, they also announce that they take player data and feedback into account to make their decisions.

Lost Ark: all our tips and guides