Home » Pixel War: An Interactive Map to Know Everything About the Reddit Phenomenon! 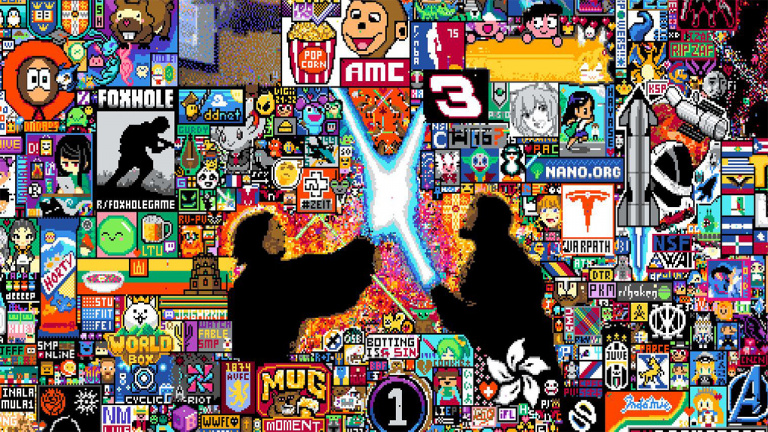 news culture Pixel War: An Interactive Map to Know Everything About the Reddit Phenomenon!

It was very hard to miss the phenomenon of these last days, namely the “Pixel War”. Between collaboration and creative confrontation between communities, the R/Place event generated a lot of talk and especially a lot of people. But difficult to navigate among the hundreds (thousands) of drawings made.

Millions of people took part in the event Reddit’s r/place, relaunched for a second edition on April 1 and it ended in the night from Monday to Tuesday. Lots of creations appeared, covered, others recreated, and when the attention was very focused on the French corner and the confrontation between the French, American and Spanish communities, we must not forget that many works appear on the final result.

Thousands of references and an interactive Atlas to understand everything

Some references are obvious, others are more mysterious, and you should also keep in mind that: not everyone has the same references† To help internet users see things more clearly, a developer named Roland Rytz set out to create the final image and make it interactive † Why ?

Good to allow users collaborate and create a kind of interactive atlas where each creation is referenced and explained † Browsing through this Atlas, we learn more about each drawing, the way it was created, the meaning it holds, and possibly the stories that exist around it. At the time of writing these rules, more than 6850 entries have been written and let you learn a lot, but there are a limit to consider.

Information, anecdotes, but also some limitations

Because this Atlas is accessible to everyone, there are a lot of contradictory descriptions, a few jokes and a lot of opposing opinions† To come back to the French corner and use it as an example, there is a summary of the clash between the communities in creation, costs associated with the use of bots, a small biography of Thomas Pesquet and Joueur Du Grenieran insert on the now famous Zinedine Zidane’s eyebrowsor the controversy regarding the size of the tricolor flag.

Our colleagues from Clubic also mention a creative war between a GTA RP community and a Ukrainian content creatorwhich ended when the streamer discovered that the community he was confronted with on the canvas had raised over $100,000 to help the victims of the conflict. At the moment we don’t know if Roland Rytz plans to moderate submissions to remove “troll” insertions, or if the tool remains open indefinitely and continues to work together.