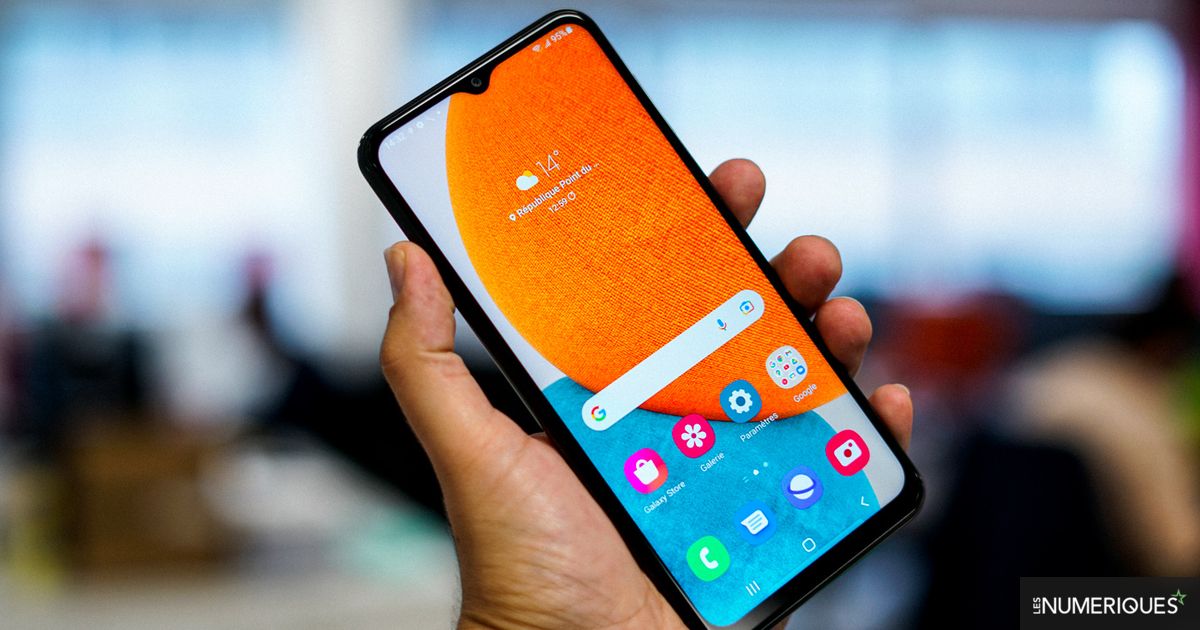 The photo has never really been the strongest point of this type of device, but serious progress can also be noticed in these price ranges. The Galaxy A23 5G thus offers a quadruple photo sensor consisting of a 50 Mpx wide-angle module whose lens opens at f/1.8, and which – new this year – benefits from optical stabilization. It is accompanied by a 5 Mpx ultra wide angle (f / 2.2), a 2 Mpx depth sensor and also a 2 Mpx macro module (f / 2.4).

The main module uses the technology of the pixel binding which makes it possible to merge the pixels (here four-in-one) to capture more light as it runs out. We therefore use 12.5 megapixel recordings as standard. The Redmi Note 11 Pro 5G, against which this Galaxy A23 5G can be compared, does the same by merging nine pixels into one to deliver 12MP photos.

During the day, the two smartphones opt for a rather different treatment. The Galaxy A23 5G does a pretty good job and delivers a fairly homogeneous shot. The Redmi Note 11 Pro 5G offers a higher level of detail and better sharpness, as can be seen from the faces, the cover of the book or the playing cards. On the other hand, the general colorimetry tends too much towards red. This is often the case on Xiaomi devices.

Though less accurate, the Galaxy A23 5G photo shows a more flattering hue. The Redmi retains our preference, but it is possible to make convincing shots with the Samsung mobile.

Things go wrong in the dark. The Galaxy A23 5G sees its level of detail drop drastically. The South Korean smartphone can’t quite overwrite the scene and the digital smoothing is way too pronounced. Its Chinese rival uses a significant boost in ISO and boosts contrast to deliver a much better result – despite the appearance of noise.

It is of course possible to opt for the 50 megapixel mode. We isolated a region of the same size on each of the images to compare the two definitions.

In a bright environment, we see that the mode makes it possible to restore a little more detail. But it’s not convincing enough to use it constantly… and cram the phone’s memory at the same time. It yields almost no gain during night shots. We can therefore occasionally use it for shots that need to be trimmed afterwards.

Galaxy A23 5G competitors have more defined ultra-wide angle modules. This is the case with the Redmi Note 11 Pro 5G (8 Mpx).

The performance of this module is far from equal to that of the main sensor. Even during the day, the level of detail is too low and the overall color is rather bland. The Redmi is far from excelling in the exercise, but it does deliver a much sharper and more precise display (see the color patterns). Unfortunately, it again has a colorimetry that is far too saturated, with a strong drift towards red.

At night, neither smartphone delivers a really usable shot, but the Redmi Note 11 Pro 5G’s digital smoothing is less aggressive. This allows you to better distinguish the elements of the scene, even if you can’t expect miracles.

At the front, the smartphone has an 8 Mpx sensor whose lens opens at f/2.2. The selfies are of decent quality, if properly lit. However, its big brothers (A33, A53) do much better. The shots lack a bit of detail, but the colorimetry is natural.

Portrait mode works quite well, but will be easily tricked if the background is too busy or if there is air travel. The A23 5G is capable of shooting in Full HD at 30 frames per second, for a fairly convincing result. The images are accurate and benefit from a good dynamic range.