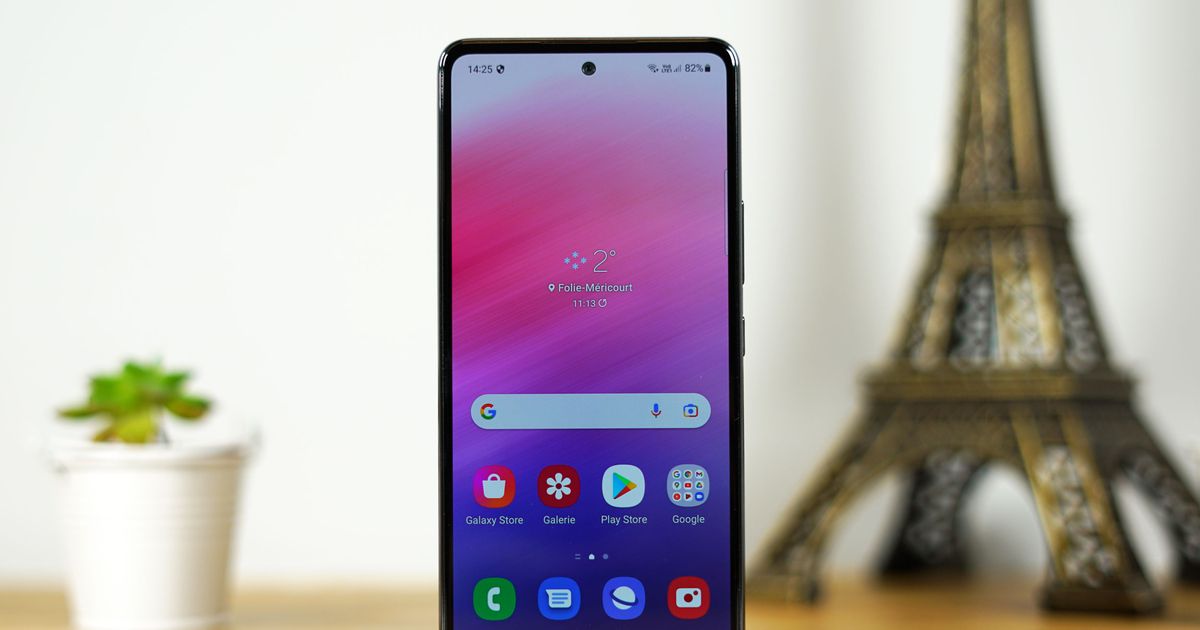 On paper, Samsung hasn’t really revised its photocopy from year to year. The Galaxy A53 5G retains the rear block with four modules, two of which are rather anecdotal, seen on the Galaxy A52s. Understand that the main module is based on a 64 megapixel sensor associated with wide-angle optics (f / 1.8, OIS), on another with a 12 megapixel sensor and an ultra wide angle, and finally on two 5 Mpx sensors each (f / 2.4 optics) dedicated to macro and depth measurement.

The Galaxy A52 struggled to convince us during its visit to our lab. It must be said that between a certain sluggishness in activation and disappointing overnight results, the smartphone had multiplied its weaknesses.

Without revolutionizing the mid-range market, its successor does much better. The rendering is certainly noisy, but better exposed, a little more detailed and less dull, in short more pleasant, even if the delta E we noticed indicates a somewhat aggressive colorimetric processing.

At night, Samsung’s efforts pay off most visibly. The desaturated shot, with a lot of noise and suffering from an accent that is as exaggerated as it is unattractive, gives way to a more softly treated image. The contours are more natural, the sharpness higher and the noise much lower. The colors are less intense than in daylight and the equalization is much more present, but the image has the merit of being usable. The border areas also retain a bit of color, which is not so common.

Compared to another smartphone in its price range, the Galaxy A53 is again quite convincing. During the day, Samsung’s color-focused choice pays off, despite the digital noise visible on the blacks, the pallor of which is also visible. At night, the observation is clear: the smoothness and softness of the treatment are more satisfying than the accentuation of the contrasts.

Interesting is the 64 megapixel mode – very easily accessible by choosing the 4:3 64 Mpx format on the side of the screen. It doesn’t slow down the shot particularly and offers a more detailed rendering, with a fairly soft treatment, especially interesting in the center of the frame. At night, on the other hand, the smoothing is significant and the benefit of such a definition is limited.

Here too, the Galaxy A53 5G is capable of real improvement, if we compare the performance with that of a Galaxy A52 which is not really impressive. The daytime software processing is pronounced: if the colorimetry isn’t accurate and if the digital noise is present, the image can get sharper and brighten up the dullness of its older one. Too bad for the poor management of reflections on the playing card.

At night, the smartphone delivers an even noisier snapshot, but slightly more detailed than that of its predecessor. Elements that were almost unreadable with the Galaxy A52 become almost readable. The image is not really convincing, but more than on last year’s model.

It is also a 32 megapixel front sensor, like that of the Galaxy A52 and A52s, which can be found on the Galaxy A53 5G. The photos are detailed, but suffer from a noticeable equalization. Samsung offers a portrait mode, on the front and on the back, which has the merit of being customizable using a meter; it’s better to use it, because the background blur defined by default is a bit too aggressive to get a natural look – the haircut suffers as a result. Also keep in mind that you can film with the smartphone on both the front and the back in 4K at 30 fps.