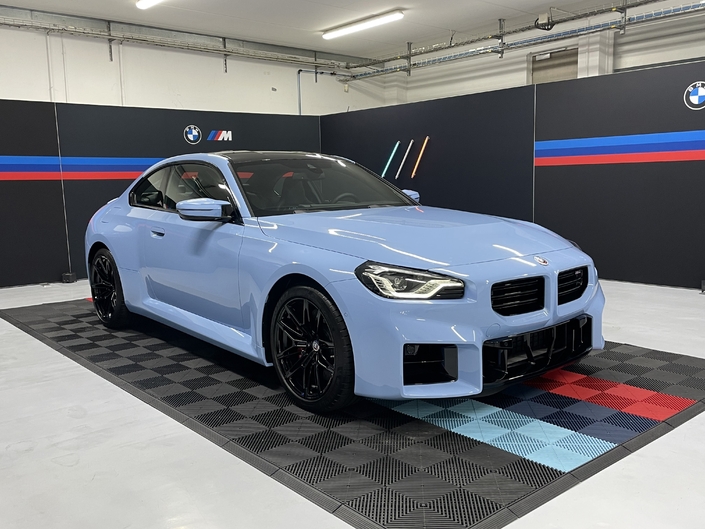 A transmission to the rear wheels? A manual gearbox? A heat engine without electrification? If you want to combine these three ingredients on the same car, the options available are now limited to a handful of models, each more elite than the other currently on the market. The Porsche 911 for example, or in a more affordable genre the Toyota Suprathe Mazda MX-5 or the Toyota GR86. But for those who find the first a little tender with its technical elements from the BMW Z4 and the other two Japanese too “nice”, there is an even more muscular German and not completely unaffordable: the BMW M2.

Coincidentally, this BMW M2 has just been upgraded to an all-new model generation, based on the recent G42 version of the 2 Series Coupe. As with all the novelties of the propeller brand in recent years, the design will again talk a lot with a confusing approach. This time no giant beans to the bottom of the bumper: the latest M2 dares to take a radically different front than its big sister the M4 Coupé. Given the reactions of our colleagues who were also present at the unveiling at the Paul Ricard circuit, it is not unanimous. But it has the merit of not looking like the other models in the range and in a totally subjective way I find it strangely interesting to think about.

Based on the CLAR platform and technically very close to the Series 3/Series 4, this M2 is more than ever the M4 in reduction. Inside, it also has the same dashboard as the restyled 4 Series presented a few weeks ago. There’s a large state-of-the-art digital panel, but once installed at the wheel of the beast, there’s a perfect driving position and a universe that will make you want to start the straight-six and shift into first gear. Because yes, under the center console of this new M2 is a real small manual gear lever as a free option for those who do not want to opt for the classic ZF eight-speed automatic.

With a 460 hp turbo that is almost identical to that of the M4, 550 Nm, transmission only on the rear wheels and thus this manual gearbox, there is really everything to make it the most radical sports compact on the market. It must be said that they no longer run on the street, these compact sports. From the German manufacturers, the Mercedes A45 AMG and other Audi RS 3 do not exist in coupe or manual transmission. They certainly benefit from powerful engines and advanced transmission, but purists will no doubt retain a preference for the M2. They will only regret that the “small” German coupé now weighs 1,700 kilograms empty on the scales, or even 1,725 ​​kilograms empty with the eight-speed automatic. If we tell you that cars are getting heavier…