Home » What could be hiding under the earthquakes detected on Mars? 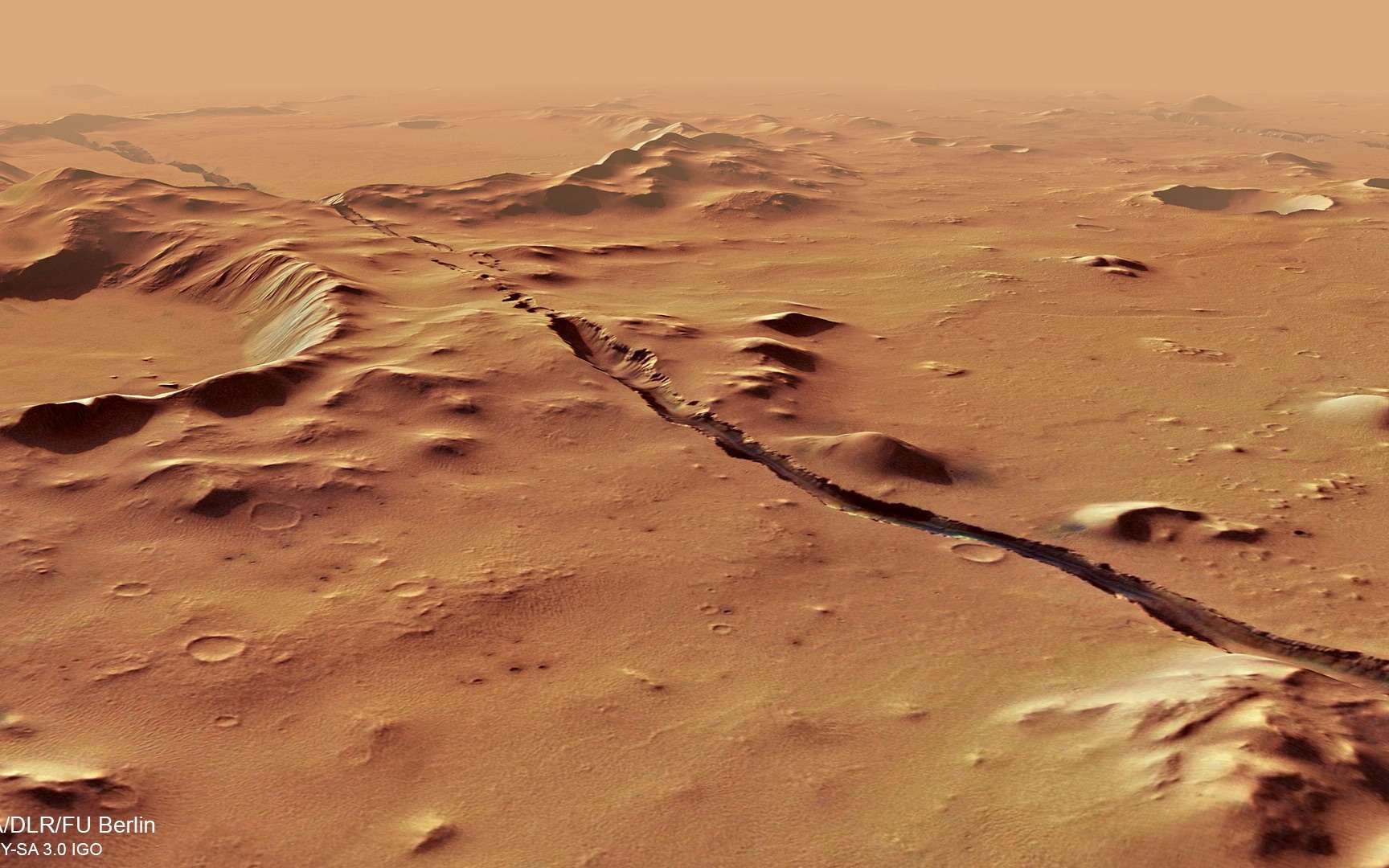 [EN VIDÉO] Mars InSight: a geophysicist on Mars Launched in May 2018 and installed on Mars in November, the InSight lander should explore the Red Planet’s least known environment: the basement to its core. Thanks to advanced instruments, including a seismometer and a five-meter drill, it has enough to help us better understand our little neighbor.

The Red Planet, like Earth, was the seat of violent tectonic activity, as evidenced by certain rugged structures on its surface, such as Valles Marineris, a vast network of canyons stretching for nearly 4,000 kilometers. And Mars is still seismically active today. Since the arrival ofInsight in the region ofElysium Planitia November 26, 2018 and the deployment of its seismometer seasonthe first direct observations of earthquakes Martians are made. The epicenters of the most violent were in the region of Cerberus Fossaecharacterized by a series of fractures more than 1,000 kilometers long and formed less than 20 million years ago, and with sheltered volcanic activity that is still very recent (less than 200,000 years).

A concern for noise in seismic data analysis

But because of the relatively small magnitudes earthquakes on Mars and a potentially high noise level, the detection as the certain identification of these vibrations is not easy. A team of scientists China and Australia have therefore developed two new models for analyzing seismic data, allowing them to identify low-magnitude earthquakes that were previously drowned in ambient noise. Their new analysis methods then made it possible to identify 47 new repetitive and relatively similar seismic events in the data collected by Seis, probably located in nearby regions, around Cerberus Fossaeand in connection with two previously detected earthquakes.

A new suspect to explain the earthquakes on Mars?

Before the discovery of these 47 new seismic events, the hypotheses regarding the events at the origin of the earthquakes on Mars were already multiple: certain earthquakes, detected during the night of Mars, according to scientists are caused by the cooling and contraction of the planet ; others argue that the interactions between Mars and its two satellites, Phobos and Deimoscan also cause earthquakes due to tidal effects – in the same way as the gravitational force exerted by the earth on the Moon generates moonquakes.

But the detection of these new earthquakes, which are observed day and night, does not seem to be related to the movements of the planet’s two satellites, thus ruling out these two hypotheses to explain their origin. The high depth of their epicenters also seems to rule out a possible tectonic origin along the normal faults of Cerberus Fossae†

The scientists then chose to reason by making analogies with our planet: on Earth, the vast majority of earthquakes occur along the boundaries between the tectonic plateswhile a small proportion – about 10% – of Earth’s earthquakes originate within the plates lithospheric† Mars, on the other hand, has no active tectonic plates: since the Red Planet has only one plate, we can compare earthquakes on Mars to terrestrial earthquakes within lithospheric plates.

On Earth, if earthquakes between plates are not caused by fault-shifting, their origin is generally linked to volcanic events or to movements of underlying fluids. Combining these equations with the recent volcanic structures of Cerberus Fossae, scientists tend to think that volcanic activity could be the cause of these newly analyzed earthquakes; on Earth, however, volcanic earthquakes generally result in: volcanic eruptions, while these new earthquakes were not accompanied by an eruption. The team explains the lack of eruption associated with these earthquakes in part due to the high thickness of the crustthe prevention of the Wash to reach the surface. According to the scientists, the number of repeated earthquakes detected day and night would be a sign of movements in the interior of Mars, and the seismic activity detected around Cerberus Fossae would be caused by movements of molten rock in the coat superior Martian, who in this case would be more active than previously thought.