Home » a feared “mass attack” in the East, new sanctions this week 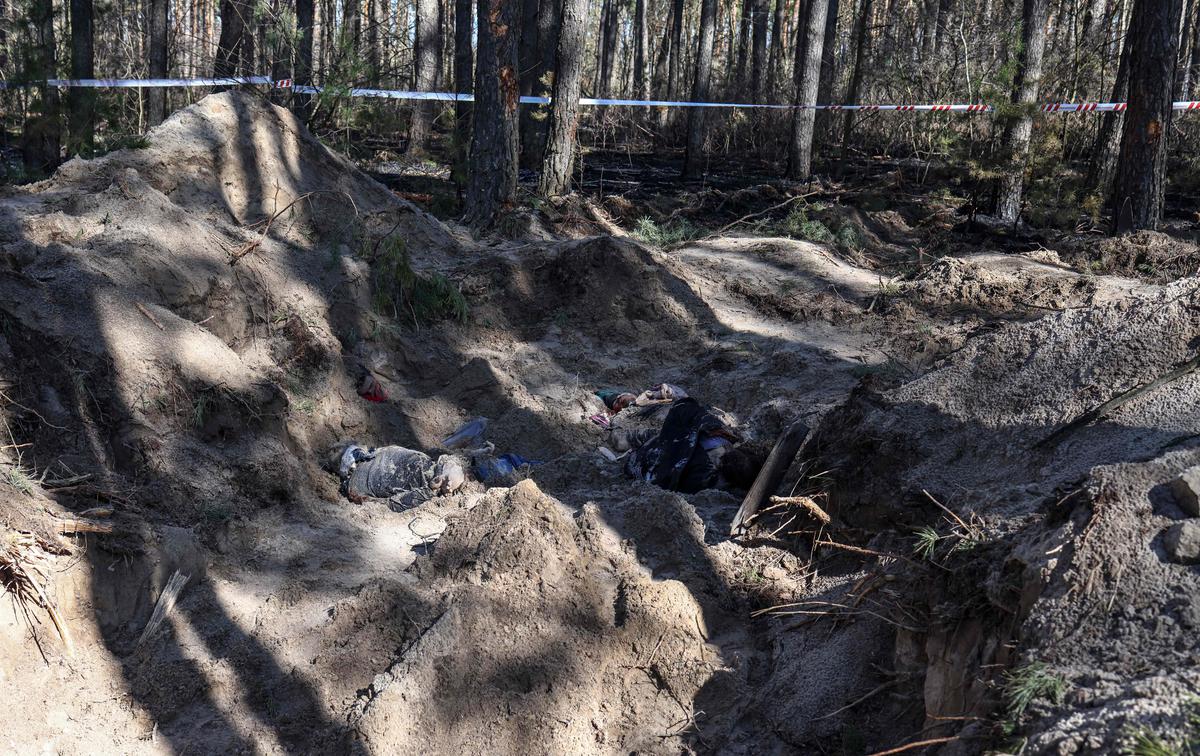 US President Joe Biden said: wants a “war crimes trial” and wanting to take “additional sanctions” against Russia in response to the events in Boutcha.

The United States and its allies are set to announce this week of new punishments against Russia, while Ukraine will receive more military aid, White House national security adviser Jake Sullivan said on Monday, April 4.

The European Union is discussing new sanctions against Moscow, especially demanded for its part in “emergency” through France and Germany, said EU High Representative Josep Borrell. French President Emmanuel Macron spoke of individual sanctions and measures against “coal and oil”. Germany and Austria rule out sanctions against the Russian gas sector.

The images reaching us from Boutcha, a liberated city near Kiev, are unbearable. Hundreds of cowardly murdered civilians on the street. My condolences to the victims, my solidarity with the Ukrainians. The Russian authorities will be held accountable for these crimes.

The United States and the United Kingdom have called for the “suspension” of Russia from the UN Human Rights Council in response to “the images of Boutcha”, a Ukrainian city where many corpses were found after the departure of Russian troops.

“We cannot allow a member state that undermines all principles we hold dear to participate in the UN Human Rights Council,” tweeted US Ambassador to the United Nations, Linda Thomas-Greenfield. She addressed 140 of the 193 UN countries that have “already voted to condemn Russia’s invasion of Ukraine” in a General Assembly resolution

Ukrainian President Volodymyr Zelensky will speak at a UN Security Council meeting on Tuesday, April 5 on Ukraine, which has been dominated by recent events in Boutcha, the presiding British diplomatic mission announced on Twitter.

When asked, the mission could not say at this stage whether this video link intervention, unheard of since the Russian invasion of Ukraine on February 24 at a UN meeting in New York, would be live or pre-recorded.

Moscow continues to deny the massacres

At the same time, Russia “categorically” denies all related allegations at the Boutcha massacre, near Kiev, Kremlin spokesman Dmitry Peskov said Monday. The head of Russian diplomacy Sergey Lavrov later indicated that during a press conference at the United Nations headquarters in New York, Russia would present “documents” that he said would demonstrate the “true nature” of events in this city. He called the body images “fake”, and denounced a “propaganda” campaign.

According to the Attorney General of Ukraine, the lifeless bodies of 410 civilians were found in the territory of the Kiev region, which had recently been recaptured from Russian troops. His office also reported the bodies of five men with their hands tied on Monday evening in the basement of a children’s sanatorium in Boutcha.

A dreaded mass attack in the East

According to the governor, Russian troops are preparing a “mass attack” on Ukrainian troops in the Lugansk region of eastern Ukraine. The situation is “tense” across Donbass under Ukrainian control, where the army is poised to face Russian forces and must evacuate the civilian population without delay, the region’s governor had previously stated.

According to a senior Pentagon official, two-thirds of the Russian troops that had occupied the Kiev region since the invasion began have withdrawn to Belarus. According to him, this is probably a reorganization for another attack elsewhere in Ukraine, probably in the Donbass.

Kiev residents who had fled urged not to return

The residents of Kiev who fled the Russian invasion were on Monday called on Monday by the mayor of the Ukrainian capital Vitali Klitschko not to return there for “at least a week”. According to him, Russian bombings could still take place there.