Home » a fuel depot in Russia hit by Ukrainian strikes 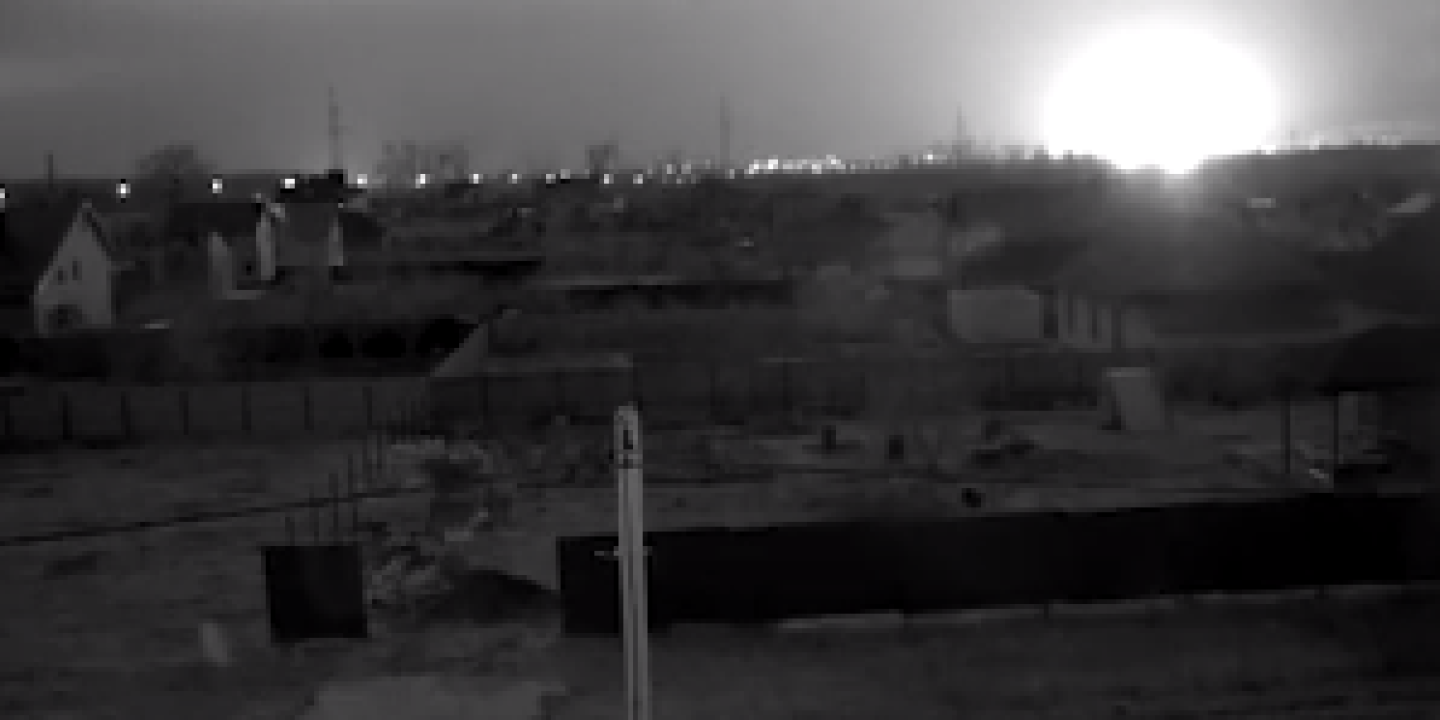 Learn more about the strike of a fuel depot in Belgorod, Russia

For the first time since the start of “Special Operation” executed by Russia in Ukraine on February 24, the Ukrainian army is said to have launched an attack on Russian territory on Friday morning. An oil depot in the town of Belgorod, very close to the Ukrainian border, was attacked, causing several explosions and a major fire.

The reality of the strikes is beyond doubt, which probably explains why the Russian authorities did not try to temporize or hide the facts. Several local Telegram channels, as well as that of the media Baza, well introduced in Russian security circles, have published videos in which we clearly see missiles hitting the target, before daybreak. One of these videos shows two combat helicopters.

The hypothesis of a highly probable Ukrainian operation was quickly adopted by the Russian authorities. “A fire at an oil depot was caused by an air strike by two Ukrainian army helicopters that penetrated Russian territory at low altitude”said on his Telegram account the governor of the Belgorod region, Vyacheslav Gladkov.

According to the same source, two people working at this depot managed by the Rosneft company were injured. The Russian Emergency Situations Ministry said 170 rescue workers have been sent to the scene. On Friday morning, after daybreak, a large fire was still visible on site, in which at least eight tanks were on fire. Residents of three nearby streets were evacuated.

Since February 24, airports in several southern Russian regions, including Belgorod, have been closed. The city itself is located about twenty kilometers from the border, just north of the Ukrainian city of Kharkov. On Wednesday, another disturbing event took place there, with the explosion of an ammunition depot. The authorities then spoke of a ” human error “ caused a fire, without anything to question this version.

Since the end of February, isolated missiles have also fallen several times on Russian territory, without their origin being traceable. Before the conflict broke out, when Moscow was still looking for a pretext to launch its operation, Russian authorities claimed to have repulsed a Ukrainian ground attack with visibly staged footage.