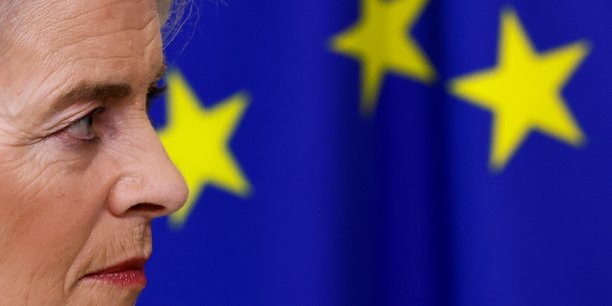 A year ago, such price levels would have been considered maddening; today they arouse desire: in Spain and Portugal megawatt hours (MWh) of electricity has been traded for several months between 150 and 250 euros on the spot market (where traders buy and sell the day before for the next day)…while flirting with 300-450 euros in an overrun France. And rightly so, last May, the Iberian Peninsula decided to take the lead and end an uncontrollable price hike, limiting the price of gas used to generate electricity.

On paper, the idea has to seduce something. You even have to expand to all of Europe “, the French government and the Medef are now insisting. The target : ” disconnect gas and electricity prices ” and ” have much lower bills ”, underlined the Minister of Economy, Bruno Le Maire on Wednesday. On the same day, the European Commission was also open to discussion: we are ready to discuss the introduction of a temporary ceiling said the chairman, Ursula Von Der Leyen, in a letter to the Twenty-seven.

And yet several experts are sounding the alarm. Because outside the Pyrenees, the price that consumers actually pay remains very high – much more than in France. Above all, such a mechanism, which is comparable to a huge subsidy for fossil gas, threatens to increase the use of this hydrocarbon in the production of electricity. This exacerbates the supply shock, i.e. the crisis, and slows down the necessary energy transition.

To understand this, you have to look at how Spain and Portugal capture the MWh. In fact, with the global gas rush, gas will be sold at a very high price, and neither Madrid nor Lisbon can do much about it. So the system does not consist of buying cheaper gas from those who produce it, but of compensating it afterwards the operators of Combined Cycle Gas (CCG) combined cycle power plants, which supply themselves with gas and generate electricity from this hydrocarbon. In other words, the State subsidizes gas to reduce the fuel costs for STEGs to 40 euros per MWh.

“If the imported gas in Spain costs 300 euros per MWh, the state pays the difference between 300 and 40,” explains Jacques Percebois, economist and energy specialist.

The principle: that these operators can sell the electrons resulting from this operation at a lower price. Since the price per MWh in the wholesale markets adapts to the marginal costs of these gas-fired plants, which are the last to be called on the grid, the subsidy they receive from the State allows them to mainly reduce these costs, and therefore to limit the general price increase.

A tax of 150 euros per MWh paid by consumers

Only here it is: this mechanism of top of the gas must be financed by someone. ” In Spain and Portugal, it is the consumers who pay it through a tax, both individuals and professionals. » emphasizes Jaime Arbona, director of thecompany Selectra Spain, specialized in comparing energy offers. However, this charge is about 15 cents per kilowatt hour (kWh), or 150 euros per MWh! So that the invoices have hugely increased “, said Jaime Arbona. A distinction must be made between prices on the wholesale market, on which suppliers and certain large-scale consumers operate, and those on the retail market, which more generally includes the end-user market.

“Everyone sees their bill explode, it’s pretty catastrophic. If the MWh is 250 euros in the wholesale market [soit environ 5 fois plus qu’en septembre 2020, ndlr], everyone will pay about 25 euro cents per kWh, to which an additional 15 tax cents must be added to subsidize gas-fired power stations. There are already companies that close chains of activities because they can’t rely on it,” specifies the broker.

For households, the situation is all the more critical because the regulated electricity sales rate (TRVe) regulated by the Spanish government is in fact largely indexed to market prices and varies by the hour. In France, however, this TRV is generally only updated every six months. Especially in France, its customers will experience an increase in bills of only 4% in 2022 and 15% in 2023 thanks to the tariff shield put in place by the government. ” In contrast to Spain, private individuals are hardly aware of the increase in electricity prices. Here everyone scans the market every day as it has a direct impact on prices. We don’t talk about that anymore! ”, notes Jaime Arbona.

That’s not all: the mechanism could actually exacerbate the crisis, estimates Thomas Pellerin-Carlin, director of the European program at the Institute for Climate Economics (I4CE). ” By moderating the increase in the gas price for the power plants that generate electricity from it, there is a risk that the consumption of more and more gas for electricity generation will be stimulated and thus increase the risks of a shortage ‘ says the researcher. In other words, by masking the supply shock at the origin of the price spike, the mechanism threatens to accentuate it. ” If wholesale prices are high, it is not because of the market formula, but because of the scarcity and dependence on fossil fuels Nicolas Goldberg adds, energy expert at Columbus Consulting.

Above all, in the longer term, such a device can slow down the transition to energy sources that emit less greenhouse gases. the ” top of the gas ” has already ” may delay the energy transition “, the Spanish daily also recently noted Del Mundo. According to a study published a few days ago by the Spanish study center EsadeEcPol, using incentives the introduction of the cap could have led to an increase in the use of cogeneration plants ” in the country. Specifically, the effect would be an additional 139,000 MWh per day for the entire period.

On the French side, however, these perverse effects do not stand in the way of ambitions. “ I know there are reservations, but we’ve worked on it technically so that it [le mécanisme] avoids over-consumption of gas », the Minister of Energy Transition, Agnès Pannier-Runacher, assured last Friday. It remains to be seen what form this might take on a European scale, who would fund the gas-fired subsidy and whether its generalization would mean the end of the tariff shield.

Austerity plan: what the government is proposing to avoid gas and electricity outages