Home » According to Kiev and several organizations, rape is used as a weapon of war by the Russian army in Ukraine 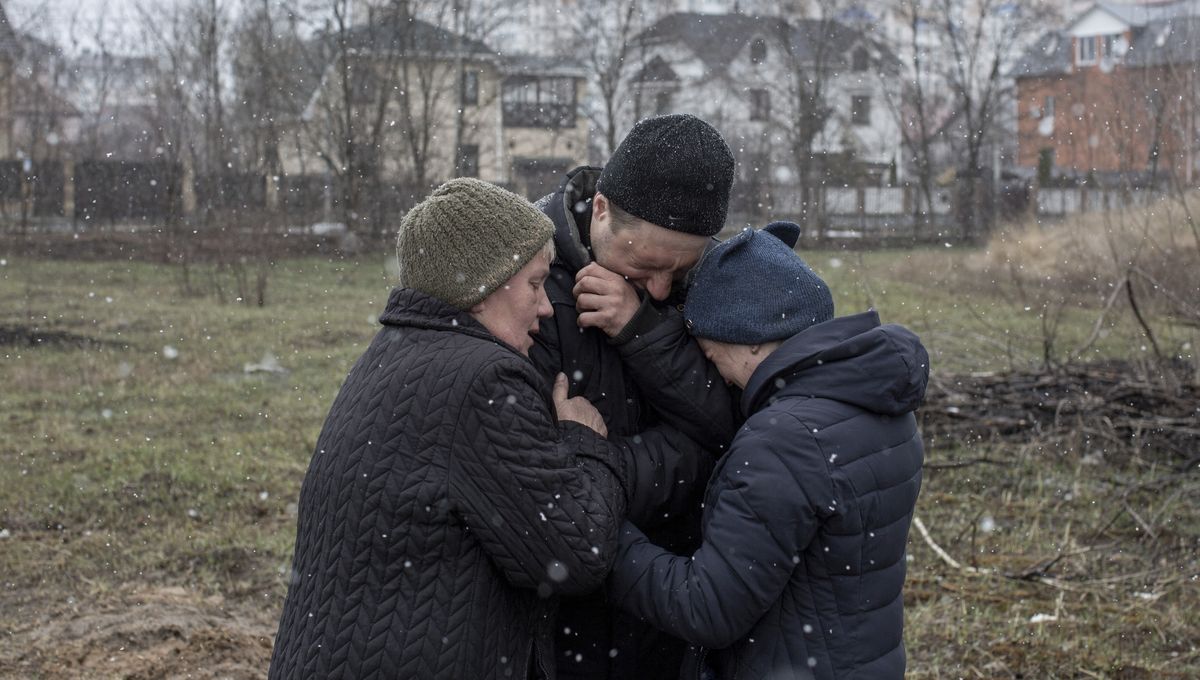 Rape allegations against the Russian military have been linked in recent days, especially since the discovery of the Boutcha massacre in the Kiev region. While difficult to collect, some of the evidence is overwhelming.

Mass graves, corpses lying on the street or in cellars… Ukrainian President Volodymyr Zelensky broadcast a video to the UN on Tuesday denouncing Russia’s war crimes and calling for Russia’s exclusion from the Security Council. Among these crimes, the issue of rape begins to emerge. At this stage of the war it is impossible to give precise figures. But according to Ukrainian authorities and human rights groups, the evidence is piling up.

That is a photo that shocked a lot, last Sunday, during the discovery of the Hell of Boutcha, after the withdrawal of the Russian troops. The image shows bodies hidden under a blanket, about 20 kilometers from the Ukrainian capital Kiev. Closer examination reveals that these covered bodies, framed by bands, belong to a man and three women. The corpses of the women are naked, partially burned. What, for the Ukrainian authorities, to fuel the allegations of rape.

These cookies make it possible to share or comment directly on the social networks you are connected to or to integrate content originally posted on these social networks. They also enable social networks to use your visits to our sites and applications for personalization and advertising targeting.

Bundles of clues are piling up, like this one March conversation captured by Ukrainian security servicesbetween a Russian soldier and his mother, with the young man denouncing his comrades:

†In a neighboring village, near here, boys raped a woman.
† How awful !
– Yes… An adult and a 16-year-old female. I want to shoot those who did this. Fuck them, I want them to go home in a coffin.”

“Children were raped in front of their parents”

Kateryna Cherepakha chairs The Strada Ukraine, a human rights organization that has already documented four cases, six rapes in all. Three of these cases took place in the Kiev region and the fourth in the south of the country, where fighting is raging between Russian and Ukrainian soldiers.

“There have been casessays Kateryna Cherepakha, where children were raped in front of their mothers, their parents. Sometimes they were violated at the same time. Those who have suffered from these rapes will find it very difficult to testify, although it is complicated in normal times… It will take time. This is something that needs to be documented very seriously, because then those who are guilty must be held accountable.”

Evidence is difficult to collect, however

But as the fighting continues, human rights groups face a major challenge, which is to gather evidence. †In many places where these crimes took placecontinues Kateryna Cherepakha, the houses, the buildings, are mined. Authorities continue to find places where people were held captive, tortured and raped. And then it continues right now, the crimes are still being committed.”

This manager is convinced: the six rape cases reported by La Strara Ukraine represent just a drop of water, she says† A small part of all the horrors that will come to light later, especially in the south of the country and in the Donbass, where Russian troops are being redeployed. In the meantime, the collected testimonies can be used by the Attorney General of Ukraine, as well as the International Court of Human Rights, which have announced investigations.