Home » After the failure of the Russian blitzkrieg, the battle of Donbass is preparing 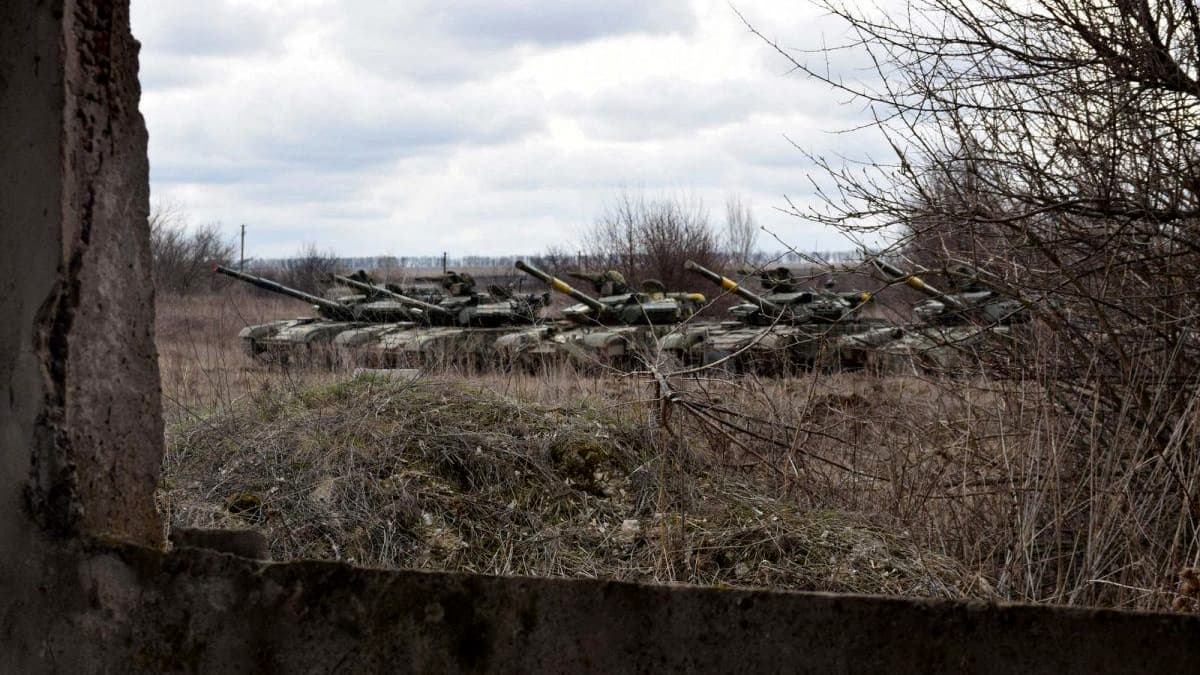 After their failure before Kiev, the Russians have been rearranging themselves in southeastern Ukraine, where they plan to carry out the second phase of the invasion together with their separatist allies. It is up to them to conquer the whole of this region of Donbass and this, before the symbolic date of May 9.

“The first phase of the war in Ukraine was counted in weeks, the next could take a month or more.” This is the measure given by JakeSullivan, the United States National Security Advisor, during a news conference Monday. This second part of the invasion of Ukraine by Russia is to be concentrated in the Donbass, this region of southeastern Ukraine. And to tell the truth, the perspective the White House paints seems almost optimistic, because the war has never left this area where Ukrainians and pro-Russians have been clashing for nearly eight years.

Both the second part of the Russian aggression against Ukraine and an additional episode in an endless civil war that began in 2014 in the wake of the Maidan revolution, the Battle of Donbass promises to become the new scene of the duel between Kiev and Moscow. What are the stakes and balance of power in this endless conflict?

After the failure of the Russians on the Ukrainian northern front, where they failed to take Kiev or any of the major cities of the country, it is therefore the Donbass that now asserts itself as the horizon line of the war between the two belligerents. A region where Moscow can count on the support of the two separatist republics of Donetsk and Lugansk, which declared their independence in April 2014, driven by their pro-Russian sentiment.

“All the elements suggest. The deputy chief of staff of the Russian army announced it twelve days ago and the intelligence services confirm that many troops are positioned in the east, opposite Donbass, coming from Russia,” the general of the air force, Patrick, analyzed this Tuesday. Dutartre, on our set.

The Russians want people to forget their mistakes

Indeed, as early as March 25, the Russian military declared its intention to concentrate its efforts in eastern Ukraine, the first clear sign that the Kremlin was burying its dream of a blitzkrieg and total victory over its neighbor. And this time it’s about winning in this new theater where they’re eager not to repeat the mistakes that have thwarted their offensive so far.

“They have seen the failure of their offensives and now they are going to apply this old principle of concentration of efforts, with new soldiers and new armor. They will be able to have a favorable balance of forces this time. It is estimated that to attack, you have to go three against one are,” adds our interlocutor. The latter also wants evidence of ongoing “train movements” by the Russian Federation to renew the forces depleted by these first five weeks of conflict.

The stakes are high on both sides. “On the one hand, the Russians want to increase the perimeter of their property in order to have a strong position in the negotiations. On the other hand, the Ukrainians should leave them as little land as possible to get another draw and negotiate,” summarize for us Jérôme Pellistrandi.

For now, it’s the “fake war” in the Donbass. This does not prevent threats, far from it.

“We’ll have to keep an eye on Odessa,” General Dutartre pointed out to our set.

The Ukrainian port, located opposite the Donbass, just received the first Russian bombing on Sunday.

The Ukrainian governor of the military-civilian administration of the Donetsk region, Pavlo Kyrylenko, sensed the approaching storm and warned during a press conference on Monday: “People must leave the region so that we have the opportunity to act more effectively to protect the Donetsk. protect the region and Ukraine as a whole”.

Donetsk, a city that has, however, since the spring of 2014 been challenging the power of Kiev and the proclamation of a dissident regime like Lugansk, some 150 kilometers to the northeast. Two pro-Russian strongholds for two separatist republics, recognized by Moscow at the end of February, case belli of the ongoing war.

“Moscow presented the war against Ukraine as a pre-emptive war to come to the aid of these two ‘sister republics’,” continues General Pellistrandi, who sees another dimension of the conflict there: “But these do not represent all Donbass, and Russia wants to two to check oblasts who are still escaping these two republics.”

“The Russians hope for a big breakthrough by May 9,” continues Jérôme Pellistrandi.

May 9 or “Victory Day” for the Russians, that of the capitulation of Nazi Germany at the end of the “Great Patriotic War” led by the Soviet Union. A breakthrough that will, however, be far from trivial. “Since the end of February, there has also been intense fighting on this front and the Russians are struggling to make progress, winning a kilometer here and another there,” General Pellistrandi noted.

The officer describes the situation in the Donbass. A province where the division into these two different “republics” appears as a trompe-l’oeil.

“It is a united front that has stabilized since 2014, with permanent clashes between the two camps, along a fortified line, with trenches, shelters”.

In addition to regenerated Russian troops, the Ukrainians will find an enemy with a hybrid profile on the spot. “The separatists have paramilitary groups that are extremely well-equipped and ‘Russian’. They are not guerrillas who are waging guerrilla warfare, they are almost ordinary armies,” emphasizes General Pellistrandi.

But the greatest danger of this area of ​​operations, he says, lies less in the faces of troops who know each other perfectly than in the topography of this industrial region.

“These are flat terrains, with few natural obstacles, hence the risk of greater military losses.”

But the scarcity of large agglomerations makes us hope that the civilian losses will be less, continues our interlocutor, who foresees “very intensive fighting”.

Crucial battles are already underway in the vicinity. The Ukrainians have indeed launched a counter-offensive around Kherson, near Donbass. For Kiev, it is important to find this city that was taken by the Russians on March 2nd… and to open the way to the Crimea that they have annexed. Another front in this war that comes from so far and opposes such close adversaries.