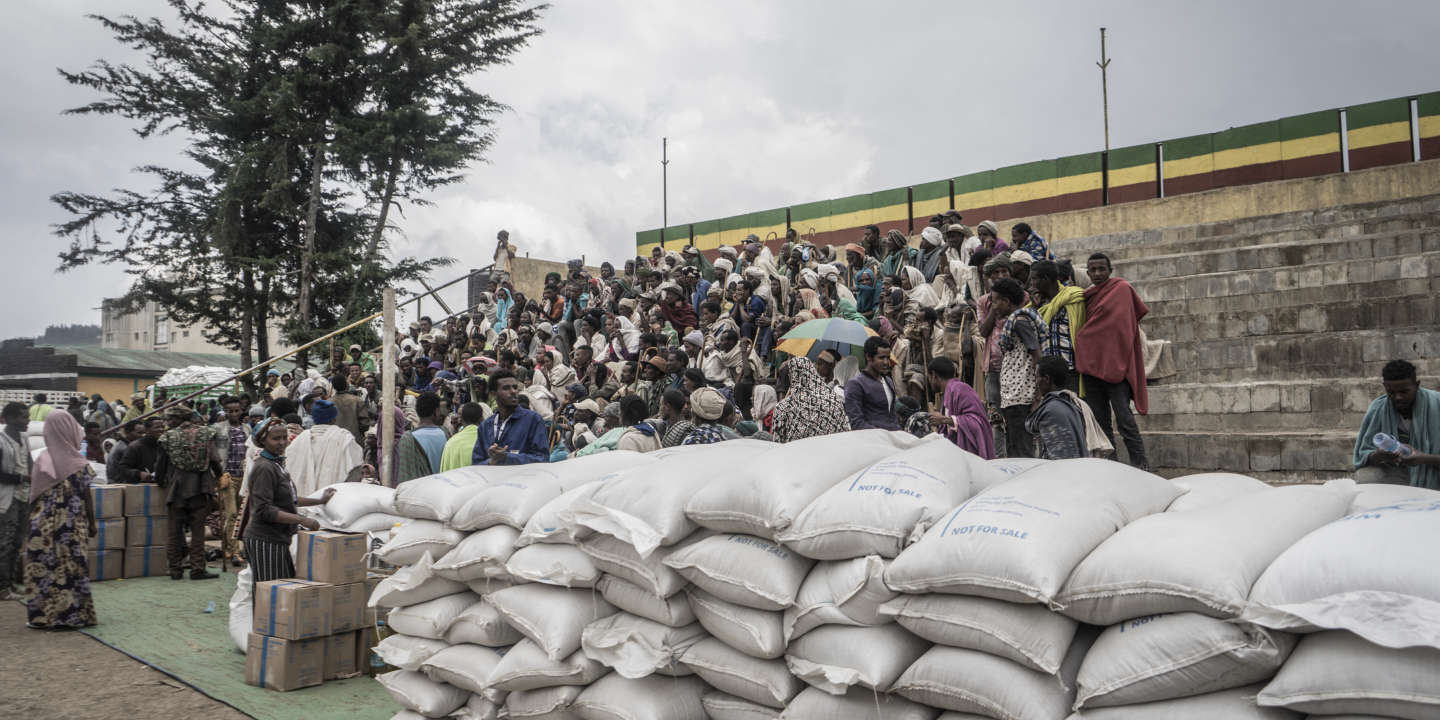 “We’re going to erase you from this land, this is our land, this is the last time a Tigrayan will live here”, in November 2020, a special forces soldier from the Amhara region promised a Tigrayan resident who was fleeing persecution. This unequivocal message is at the heart of the joint report released by Amnesty International and Human Rights Watch (HRW) on Wednesday, April 6: “Western Tigray is the scene of crimes against humanity,” reports a methodical ethnic cleansing of the Tigrayans . of Western Tigray.

In this 220-page study, which involved 427 interviews over 15 months, there are other similar verdicts, some dehumanizing, others calling for direct deportation and mass murder. Like in Adebai, in July 2021, in an informal detention center in the city where Tigrayans are locked up. A guard, allied with the Amhara forces that now control Western Tigray, shouts to the prisoners: “You Tigrayans don’t deserve to breathe, you shouldn’t live, you’re not human. †

Central to what Amnesty and HRW describe: “war crimes and crimes against humanity” Western Tigray (or Wolkait), a strip of land 12,000 km2† This area has been, or rather, was part of the Tigray region since 1991.

When the Tigray People’s Liberation Front (TPLF) added it to Tigray on that date, it settled thousands of Tigrayans there and conducted a forced march of agrarian reform, benefiting party members who became landowners. Thousands of Amharas flee: through political dissent or after the looting of their land.

When civil war broke out between the TPLF and Prime Minister Abiy Ahmed’s federal government in November 2020, Amhara nationalist groups retaliated. They manage to seize Wolkait within a few days, before, as evidenced by the work of the two NGOs, they did everything they could to obliterate the Tigrayan presence. The worldwho visited this area twice – between November 2020 and July 2021 – saw the destruction, expropriations and hate speech directed against the Tigrayans there.

The harassment started as soon as the capture, in November 2020, is stated in the report. “From now on, nothing here is called Tigré.and then threatened an Amhara special forces commander, Major Dejene Maru, at a mob of Tigrayans in the city of Ali Goshu. don’t expect [à un retour de] previous administration † This is now Amhara. †

Also read: Article reserved for our subscribers A first step towards a complicated peace in Ethiopia

This Tigrayan-majority city could not imagine that three months later, on January 17, 2021, the same Amhara special forces would massacre about 60 people there, in cold blood, in retaliation for a defeat on the battlefield. This mass execution took place along the Tekeze River.

One of the survivors describes the brutality of the executioners, when, to finish off the captives, one of the Amhara commanders orders his men: “Tigrayans don’t die quickly…shoot again!” † The Tekze will become infamous in August 2021, when 136 bodies of Tigrayan prisoners will be recovered on the Sudanese side of the border.

“Our goal was to determine the magnitude of what happened, explains Jean-Baptiste Gallopin, researcher at Amnesty International. We found that the campaign of ethnic cleansing was systematic. All the testimonies allow us to say that the crimes against the Tigrayans were general and systematic. †

the “Ethnic Cleansing” Western Tigray, a term used as early as March 2021 by US Secretary of State Antony Blinken, was planned and executed. “The new Amhara authorities, the militiamen and the special forces have done everything possible to expel the Tigrayan population”continues Mr Gallopin.

Read also Ethiopia: “What is happening in Tigray is undoubtedly a humanitarian catastrophe”

The massacres, torture, arbitrary detentions, rapes, expropriations and looting are listed in the report, which also recounts the daily terror: the ban on speaking in the Tigrinya language or obtaining identity papers.

An important step in ethnic cleansing, the deportation campaign, which was carried out in part by bus, displaced at least 723,000 Tigrayans to the rest of the region between November 2020 and June 2021. In the town of Humera, an Amhara driver cynically bids for the residents who “If the Tigreans want it, they can decide to leave themselves, otherwise we can deport them too…”.

while he’s inside operation recapture on the international stage after more than a year of conflict, will the Addis Ababa government respond to these allegations? Amnesty International and HRW report that arrests continue today in western Tigray in “deadly circumstances”†